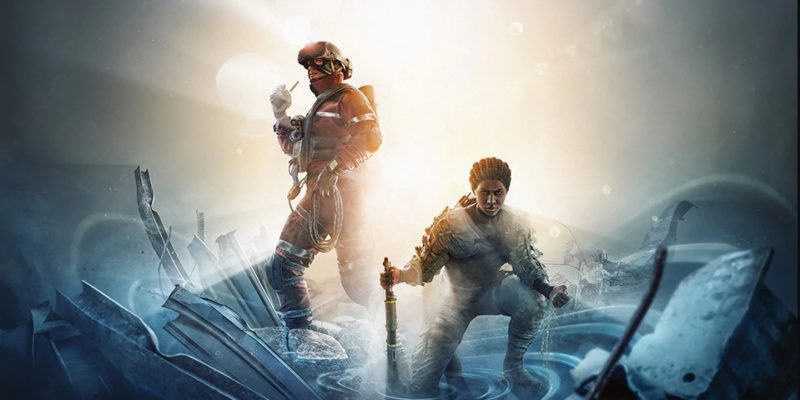 Ubisoft is certainly riding on the high that is Rainbow Six Siege. Following a tease of the new Operation Steel Wave, we now have a glimpse of the two new Operators joining the roster. Ahead of the full reveal of the next season of content on May 18 at 9 a.m. PT/ 12 p.m. ET, Ubisoft has revealed the arrival of Melusi and Ace.

Rainbow Six Siege will soon see the prowess of new defender Melusi from South Africa as well as attacker Ace from Norway. Following the initial reveal, Ubisoft followed that up with a Morse Code teaser. Solving that gave a message that simply said, “SOS.” That will be appropriate, considering the expertise of the two new Operators. Melusi is an anti-poaching operative that is great with surveillance, while Ace is a former paramedic turned search-and-rescue expert. Rainbow Six Siege continues to amaze with the variety of Operators being added.

“A true predator strikes out of necessity, not greed. And they protect what is theirs,” Melusi muses while standing guard over the savannah. Whereas for Ace, “there is no chasm too wide, no wall too thick” that will stop him from bringing you home.

Ubisoft also shares more of their backstories in a new Rainbow Six Siege blog post. As expected, Ace is a confident operative formerly of the Norwegian Armed Forces. Even in the most stressful of situations, he is able to let “those in his charge feel safe and secure.” That is certainly important for victims, and for your team in Rainbow Six Siege as well. Ace will also likely be important in breaching, allowing him “an entrance through almost any barrier.”

As for Melusi, she possesses a strict commitment to conservation and does so through expert surveillance. She is apparently potent with tracking skills. Melusi’s equipment also allows her to slow down her target for herself or the team.

While the full extent of the two new Operators remains to be unveiled, the trickle of information thus far will likely keep the Rainbow Six Siege hardcore eager to jump in. We do not have long to wait until the full reveal of Operation Steel Wave.

Respawn celebrates 10 years, but no new Titanfall in development

By Elise Nelson2 mins ago
News