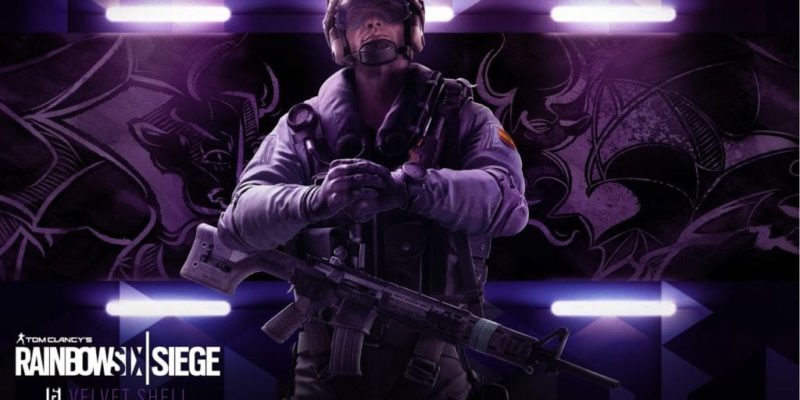 Ubisoft’s Rainbow Six: Siege will get an update to version 2.1.1 with a patch scheduled for release tomorrow (21 February). It’s the same release date for all platforms, so that does of course include the PC.

The so-called ‘High Impact Fixes’ include an end to players sometimes spawning as an immobile drone, and players spawning with the POV of a distant camera. Operator skin textures in the headgear pictures and character model preview should no longer be low resolution either. And the ‘Diamond Weapon Skin’ should be correctly available to everybody now.

There are plenty of other changes and bug fixes to gameplay, and individual Rainbow Six: Siege Operators. Have a read of the full patch notes below.

Fixed – Players sometimes spawn with the point of view of a distant camera.
Fixed – Player sometimes spawns as immobile drone, which carries over to the action phase.
Fixed – Black Mirror can be activated from the front.
Fixed – When Mira’s OWM is placed on a reinforced wall, defenders can melee X-KAIROS pellets, exothermic charge or any other gadgets on the other side of the glass.
Fixed – Teammates killing themselves on Exothermic Charges, X-KAIROS charges, and claymores registered as a team kill.
Fixed – Operators’ skin textures in headgear pictures and character model preview are low-resolution.
Fixed – Diamond weapon skin can only be applied to Mira and Jackal.
Fixed – Diamond weapon skin unavailable in Shop.

Fixed – The “heavy breathing” from DBNO Operators lingers after being revived.
Fixed – The client will crash at the splash screen when signing out from an account in the switch profile menu.
Fixed – Players teleport briefly after joining a game in progress.
Fixed – Team kills recorded incorrectly if a teammate leaves a match then rejoins.
Fixed – When afflicted by Yokai’s drone while using a camera, player could no longer switch back.
Fixed – It’s impossible to crouch and melee at the same time.
Fixed – Players are able to spot enemies with jammed drones.

Bomb
Fixed – The sound propagation from Defuser planting is too low.
Fixed – When disabling the Defuser, Operator’s hands are offset.

Hostage
Fixed – Timer and infinite time symbol are missing on the HUD.

Secure Area
Fixed – The final Defender cannot remain in a DBNO state while contesting the objective.

Caster Camera
Fixed – Operator Icons turn white after switching between players in 1st person view.
Fixed – Teammates are not highlighted if the player had previously spectated a custom game session.
Fixed – Caster View can appear broken depending on which floor is being viewed.
Fixed – Surrender option remains on the scoreboard if the caster previously initiated a surrender vote.

Operators
Mira
Fixed – Black Mirror is sometimes able to be placed in a way that blocks a nearby doorway.
Fixed – The Black Mirror canister cannot be interacted with.
Fixed – Improper behavior of wall during destruction of walls with metal beams in the middle when using the Black Mirror device.
Fixed – Weapon Charms clip through Mira’s hand.

Hibana
Fixed – The operator will lose the functionality for the X-KAIROS launcher if the reload action is interrupted by a “Welcome Mat” being triggered.
Fixed – Sidearm recoil is higher than desired, and accuracy is lower than desired.
Fixed – On night maps, Hibana’s X-KAIROS pellets create a glittering effect when triggered. Party’s over everybody.

Echo
Fixed – The Hovering Drone is unable to enter Weapon Mode if placed underneath the torso of any operator.
Fixed – Yokai Drone will sometimes lose signal when attacking to some parts of the roof on Oregon.
Fixed – Sidearm recoil is higher than desired, and accuracy is lower than desired.
Fixed – EDD’s laser vanishes if Kapkan is hit by Yokai’s disrupt while picking up gadget.
Fixed – PDA has incorrect reflection visual effects.

Montagne
Fixed – The extended shield of Montagne disappears while in prone and looking from a certain angle.
Fixed – Once Montagne made a melee attack, his right hand clips trough his shield while deploying it.
Fixed – Knee passes through Operator’s shield when crouched.

Thermite
Fixed – The Legendary Texan Dynamite charge persists for several seconds after it has been destroyed.

Jager
Fixed – Magpie is missing audio and visual effects when a grenade is thrown towards it.

Blackbeard
Fixed – Destructible shield is not destroyable when Friendly fire is set to off in a Custom Match.

Valkyrie
Fixed – Black Eyes are not properly attaching to walls when tossed at a frame.

Tachanka
Fixed – Destructible shield is not destroyable when Friendly fire is set to off in a Custom Match.

Smoke
Fixed – A flickering prompt appears in the upper left corner of the screen.

Skyscraper
Fixed – Vaulting does not work on the 1F Outside (South side).
Fixed – Various LOD fixes.

Favela
Fixed – Small gap in the floor next to the door frame.
Fixed – Various LOD fixes.

Fixed – Gradient is applied over top of the tabs in the menu.
Fixed – There is no error message displayed when offline and selecting “Multiplayer”.
Fixed – Inconsistency between thumbnail picture and the preview for headgear on Thatcher.
Fixed – Missing thumbnail picture for Doc’s uniform.
Fixed – Menu’s disappear after changing the menu language and accepting a party invite at the same time.
Fixed – Inconsistency between thumbnail picture and the preview for multiple Blackbeard headgears.
Fixed – Information about Doc’s Unique Gadget is incomplete.
Fixed – Inconsistency between thumbnail picture and preview on Creneau headgear for Rook.
Fixed – Inconsistency between thumbnail picture and preview on Robin headgear for Blitz.
Fixed – Scrolling through the shop with the mouse wheel only works when hovering over an item.
Fixed – When running with a weapon, Operator’s arms are misplaced.
Fixed – Tokeiso and Gunba Weapon Charm names and descriptions are swapped.
Fixed – Players sometimes encounter their MMR reading as 4294267187 when they are a Copper 3.
Fixed – Previewing Universal Charms zooms into the wrong part of a weapon.
Fixed – Under rare circumstances, the main menu will disappear.
Fixed – Players are not able to confirm their spot in Dedicated Custom Matches.
Fixed – Ryuko Weapon Skin does not properly apply to the UMP 45.
Fixed – Aki No Tsuru Weapon Skin does not properly apply to certain weapons.
Fixed – Inconsistencies between time played and time registered by the game statistics.
Fixed – “Full Roster” achievement not awarded after unlocking all Operators.
Fixed – Icons appearing as placeholder for certain charms.
Fixed – The “Ralphie” Christmas skin not appearing properly for players who completed the event.
Fixed – Operator’s facial expression animations in headgear and preview were incorrect. (BDU view will be fixed in 2.1.2)
Fixed – Mira’s chibi charm appeared low quality.
Fixed – Buying the GEO Traje De Luces bundle doesn’t unlock the Chaquetilla skin for the PDW9.
Fixed – Doc and Rook have identical Red Crow headgear and were embarrassed to show up at parties wearing the same accessories.
Fixed – Placeholder texture spotted on Castle’s default headgear glasses.
Fixed – Rook’s Red Crow headgear is identical to his default headgear when previewed or equipped in the Album and Shop.
Fixed – Name incorrect for the Y1 – 8 Operators bundle on the Russian client.
Fixed – Inconsistency between characters’ eyes in headgear preview and thumbnails.
Fixed – Pro League All Gold Sets Uniforms textures not applied to Operators in first person view.
Fixed – If 15 items are present in Digital Content, the last one will appear cut off.
Fixed – Weapons with certain sights are not aligned.
Fixed – The M590A1 iron sight is not properly aligned with the red dot.
Fixed – The AR33 reflex sight is misaligned.
Fixed – The AR33 holo sight is misaligned.
Fixed – Girih weapon skin is missing across all weapons.
Fixed – During game data installation process, the Operators tab is inactive although it has a yellow notification dot underneath it, teasing you.
Fixed – Resolution inconsistencies with DJ GSG9 bundle.
Fixed – Broken selection control in the Currency Packs menu.
Fixed – Fade is missing on both sides of the screen when viewing Operators in full-screen in Album and Shop.
Fixed – Valkyrie’s Overlord headgear has a placeholder thumbnail image.
Fixed – KT Banshee P.D. headgear for Doc has the same texture as the Dust Line headgear.
Fixed – The text written on the Mix Tape charm is in low resolution.
Fixed – The Saint-Jean Bundle description doesn’t mention the name of the charm.
Fixed – Several Bushido payment confirmation pop-ups have placeholder banners.
Fixed – Several Bundles have placeholder presentation images.
Fixed – The Headgear preview shows a headgear that is not in the game.
Fixed – Black textures visible on Fuze KT Raid Camo Uniform’s thumbnail.
Fixed – Players are able to circumvent certain intended functionality through the use of the Quick Join button.