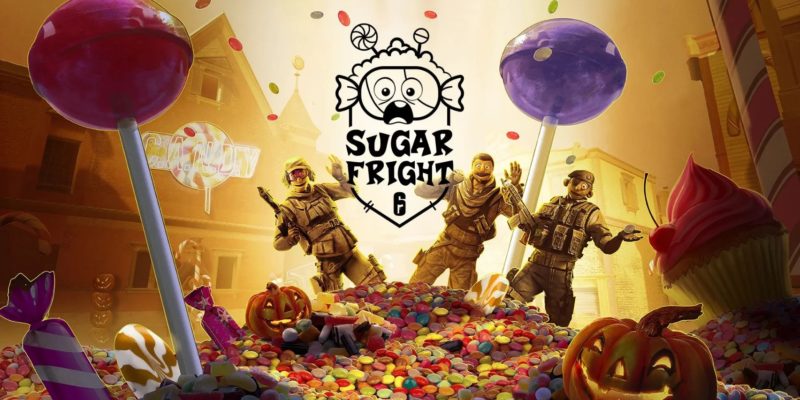 It’s nearing the end of the year, and while 2020 has been a mixed bag of events, the season of frights is upon us at least. In celebration of Halloween, Ubisoft is doing something quite unique for Rainbow Six Siege. As an alternative to the all-out horror aspect of the holiday, the Rainbow Six Siege Sugar Fright event offers a sweet-induced nightmare that goes on entirely in the mind of Operator Frost.

Taking place from now until November 10, the limited-time mode will bring its own rewards and more importantly, an entirely different art style to the mix. The backstory is that Frost’s favorite holiday has always been Halloween. Like any other kid, candy was at the top of her mind. Her mom warned her about overindulging in sweets, and said it would lead to nightmares. That is exactly what we are looking at with Rainbow Six Siege Sugar Fright.

Just take a look at those popping eyes. The puppet-like look that all of the Operators have just adds to the laughs. Of course, for players engaged in this new event, you can look forward to new weapon skins and Sugar Fright packs that contain more candy goodness.

For this event, the developers task players to satisfy their sweet tooth in Rainbow Six Siege Sugar Fright. Eliminate your enemies, collect the most candy, and stake your claim to be the best Trickster or Treaters this Halloween. Another interesting part of the trailer is that eliminated players apparently respawn, which is something foreign to the tactical shooter. Considering the more lighthearted tone of Rainbow Six Siege Sugar Fright, it certainly aligns with the direction Ubisoft is going with the mode.

With plenty of sweet rewards up for grabs, you will not want to miss out on Rainbow Six Siege Sugar Fright this Halloween.