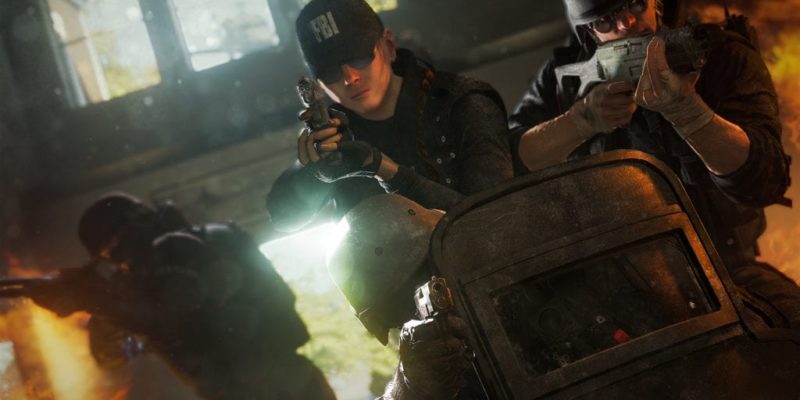 A new trailer for Rainbow Six: Siege has been released, showing off what you can expect from the game as long as you’re not playing with randoms.

As ever, it’s focused on the 5v5 mentality with one team defending and one team assaulting the position, with communication emphasised as crucial. You’ll need to talk to your team and coordinate your movements carefully, as this trailer shows! And, indeed, I can imagine that would work wonderfully with a proper team. It’ll probably work a bit less well when you’re in a pub game and some squeaky-voiced shit called XxX666*ANGLEOFDETH*666XxX is using the voice chat to detail the sexually explicit things he’d do to your mother, though.

Rainbow Six: Siege is due out on 13 October. You can have a look at the trailer, showing improbable amounts of teamwork and communication, below.