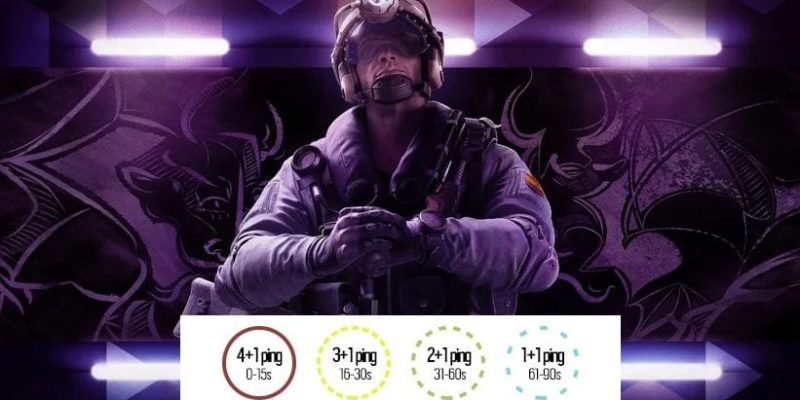 As with any competitive game, making sure that no character is too weak or strong is a must. Rainbow Six Siege‘s latest Season 3 patch is looking to bring some of its most and least played operators back into the fold.

First up is the French GIGN member Twitch. Long maligned for having one of the strongest guns in the game, her F2 assault rifle is getting another nerf following a hit to its recoil in a previous patch. Her F2 rifle will now see its bullet capacity dropped from 30 to 25 in an attempt to lower her insane killing ability.

Last season brought in the dapper secret service agent Warden. Unfortunately, the mustachioed defender hasn’t seen much play due to being generally considered weak. In response, he will change from a 1 speed, 3 armor to a 2 speed, 2 armor. This should make him a little more viable as a roamer at the expense of making him a little more fragile.

Next up is Glaz. Having received a gutting of a nerf last season, the Spetsnaz sniper has been in a weird place. His thermal sniper scope became much less effective with any kind of movement. To help him out, his rate of fire is getting boosted by a whopping 33 percent. His rifle can now fire 380 rounds per minute, up from 285. This should help him in engaging in firefights.

Lastly, and most significantly, Jackal is getting reworked. Previously he has worked by revealing enemy locations based on their footprints. In a game where intel is worth its weight in gold, this made Jackal a god-tier pick. As a result, he has been banned an insane 73 percent of the time in ranked matches. more than twice as often as the next on the list and more than the next three ban picks combined. His new rework hopes to lower that rate. 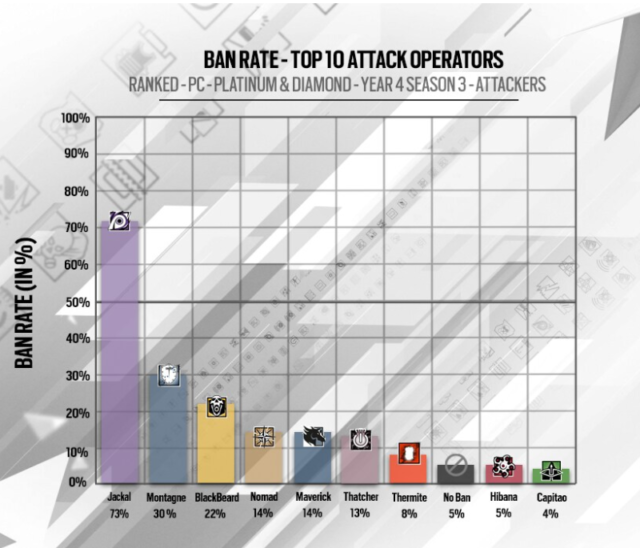 To help identify how old a footprint is, his visor will now show a color-coded circle around each print. A dark red shows for the freshest and changes to yellow, green, and blue respectively for older footprints. These circles will also go from being solid to increasingly sparse dotted lines as the age increases. These colors and styles were chosen specifically to ensure that everyone, even those with color blindness, can identify them at a glance.

Those are all the major changes coming. Blackbeard, Nokk, and Kaid are all also mentioned as being monitored, but no changes are coming to them yet. If you want to see the new Jackal in action, the rework is currently live on the Test Server and is expected to go live at the start of next season. You can check out the full patch notes for yourself.