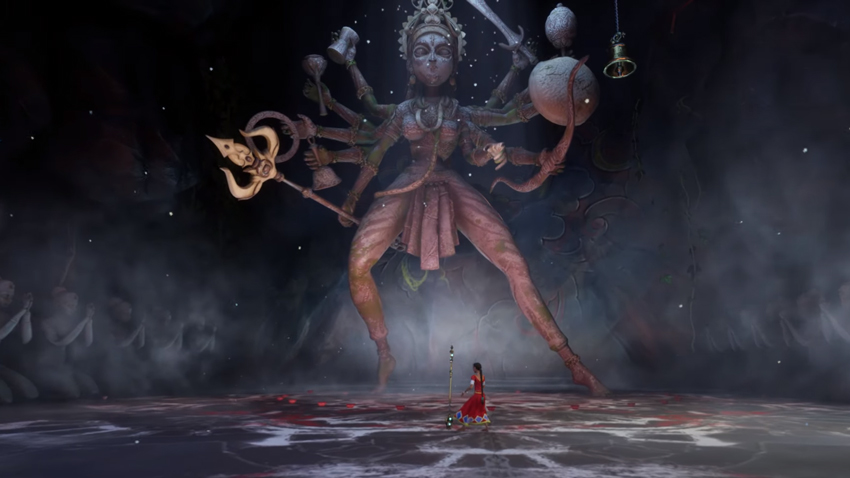 Raji: An Ancient Epic first found life as a Kickstarter campaign back in 2017. Three years later, Raji: An Ancient Epic is done and already out on Wii, but today marks the Steam release for this Indian epic. It’s always cause for celebration when a crowdfunded project turns out as a success, and Nodding Head Games now has a solid title done and under its belt.

Indian culture and mythology is something many western countries know surprisingly little about. Despite the obsessions with things like Norse, Greek, and Japanese mythologies, the abundantly rich Indian tales typically get little attention. That’s what makes Raji such an important and unique game to experience, as it’s a quest into something decidedly different.

A divine trip back in time

The story is inspired by works and themes found in classic Hindu texts such as the Mahabharata and Ramayana. In Raji, you take on the role of a young girl who is chosen by the gods to stand against a demonic invasion led by lord Mahabalasura. There’s plenty of beautiful scenes and interesting scenarios to explore along the way. You’ll need to employ some strategy when fighting demons and use your brain to solve the occasional puzzle. Sometimes it reminds me of a classic Prince of Persia game for a few reasons, and that’s a good thing. However, Raji is decidedly unique in its own right.

Besides the epic story and gameplay, Raji also features some breathtaking visuals that certainly encourage you to keep exploring. The lighting is particularly good, and the way it works together with the elaborate architecture is something to behold. You will need a semi-decent PC to run this game though. The full specs for Raji: An Ancient Epic are on the Steam page, but a GPU in line with a GTX 1060 or RX 480 should get you through. You will need more for higher resolutions and framerates though.

You can pick up Raji: An Ancient Epic now on Steam for $22.49 USD, which is 10% off. The sale ends on October 22 if you’re thinking about trying this game out.

Ring of Pain: Beginner’s guide on how to survive the depths