The situation around Overwatch 2 has not been smooth sailing, and many players weren’t happy about the need to grind out Kiriko through the free section of the Battle Pass. Kiriko was unlockable at Level 55, and with the amount of experience points you earn, it took an unreasonable amount of time for most casual players. To make things a bit easier, Blizzard has announced it will lower the level requirement for free players to unlock Ramattra, the newest Overwatch 2 tank hero.

Grinding up to Level 55 often took players too long considering Overwatch 2 is a game about switching heroes to counter others or synergize with your team better. Personally, it took me over 30 hours to reach level 55 as a free player. Had I not owned Overwatch already, I would not have been able to pick one of the best support heroes in the game until halfway through the ranked season. This grind will be lessened a bit, with Ramattra unlocked for all players at Level 45 of the Battle Pass. 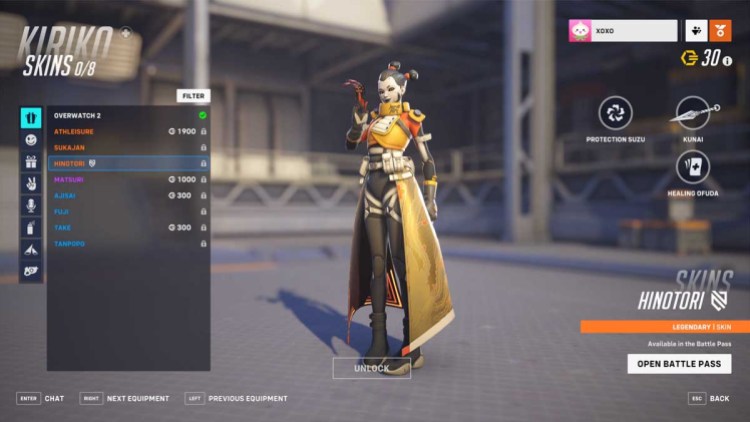 Ease up the grind

Overwatch 2 Game Director Aaron Keller revealed the news through his Twitter account. Keller also announced that more weekly challenges are getting included in the Season 2 Battle Pass experience. This should make it easier for players to unlock new heroes going forward. It’s assumed that these changes will carry over to all new heroes.

However, players on Reddit and the official forums are still not quite happy with this change, with most stating Ramattra should be moved even lower. This would likely shave out about 10 to 15 hours based on how bountiful the new challenges are, but it’s still a high amount of time to grind.

Ramattra is set to release in Overwatch 2 on December 6 at the start of Season 2. Like with Kiriko and other new heroes, Ramattra will not be available to play in competitive mode until players get a good handle on him. Try Ramattra out in quick play and prepare for the start of the new season.

Hey all! Quick update on some changes coming to Season 2. After reviewing data for Season 1, we're moving Ramattra in to Tier 45 of the Battle Pass and making a few more weekly challenges easier to complete. Excited for you all to see everything new in Season 2 starting tomorrow!