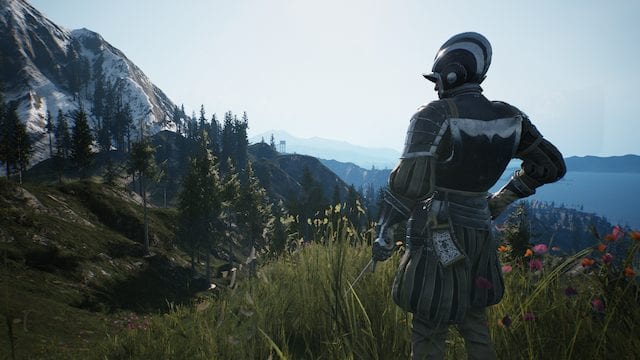 Those of you looking for a change of pace in your Battle Royale games are likely to get it from Zodiac Interactive’s RAN: Lost Islands. It takes the theme of battling for first place and combines it with medieval weapons and soldiers.

Today, the publisher, alongside developer Jolly Roger Game Studio, debuted a new gameplay trailer for the title. It showcases all the trouble that players can get into online as they try to survive for a first-place victory.

The trailer debuted last night during the EGX 2019 event in London, where fans could see it in action. It definitely looks promising thus far, with many ways to get around the map and some cool battles. We’re particularly fans of the swordplay you can get into against enemies.

What is RAN: Lost Islands all about?

For those that missed the game’s announcement earlier this week, here’s the rundown of how the game works. Players will use a number of weapons from the medieval period to battle enemies. Said battles can take place not only on land, but also in the sea and air. As such, you’ll have more than just a blade at your disposal – you can also take control of a pirate ship and its massive cannons, alongside other weaponry. You can even battle underwater, if you don’t run out of breath first.

In addition, players can learn combo techniques to dispatch foes quickly – if someone isn’t skilled enough to take them down first. For those that survive, ancient treasure and collectible artifacts await. But you’ll need a combination of “combat wisdom and fast reflexes,” according to the publisher. You’ll have to outlast 100 different opponents in order to reap the rewards.

But beware! Along with rival players, RAN: Lost Islands also pits you against “wild scavengers” and “massive sea creatures.” You’ll have your work cut out for you, that’s for certain.

RAN: Lost Islands will release via Steam Early Access later this year. It will also come to PlayStation 4, though a date isn’t available just yet. Those that are interested in testing the game’s closed beta, which should open up soon, can sign up over on its official website.

By Michael Kloos12 mins ago
News