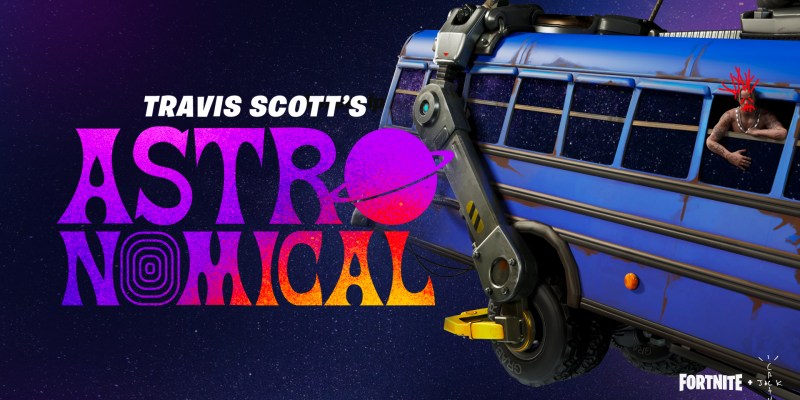 Fortnite has almost transcended from a video game to a pop culture experience. It’s no longer just about playing the game. It’s about the next experience in the game. The battle royale has done exclusive events with big film releases like Star Wars: The Rise of Skywalker and Birds of Prey. Now, Fortnite is hosting a Travis Scott concert in-game, which will feature the world premiere of a brand-new track.

Let that settle in for a moment. Travis Scott, a hugely famous rapper idolized by millions of people around the world, is launching his next single in a video game. The in-game event is called Astronomical, named after the rapper’s Astroworld album, and we’re told it will feature an other-worldly experience inspired by Cactus Jack’s creations. 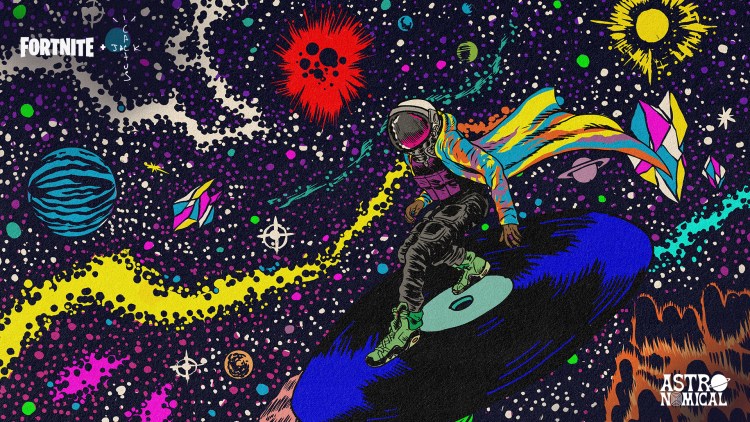 Cactus Jack is a nickname for Travis Scott, but it’s also the name of his record label. So, Cactus Jack’s creations could be music produced by the studio, but also some other creations of the rapper. Either way, the whole experience has been built from the ground up in Fortnite. And that sounds very exciting.

Travis Scott is tired of being on the road and, instead, will host a series of concerts in Fortnite. The worldwide tour will traverse the globe, going from America to Asia and back. Here’s the detailed schedule to help you pick a time that suits you. 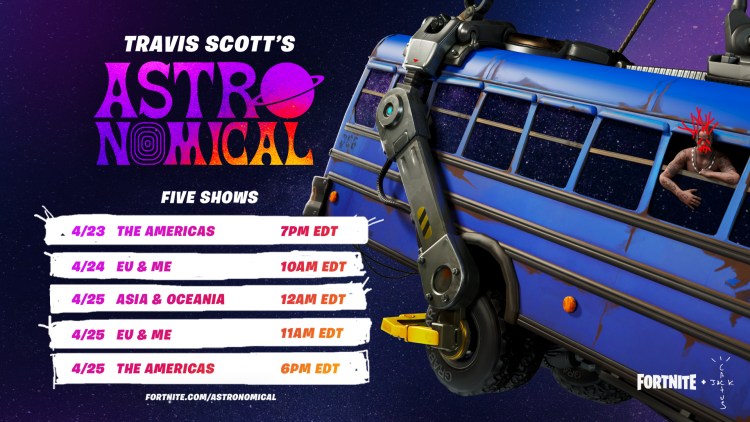 You don’t have to watch when the concert is in your region. You can choose any times listed above. Doors open 30 minutes before the concerts start, so make sure you get in early. Anyone who attends the concert will receive the Astroworld Cyclone Glider and two loading screens for free. 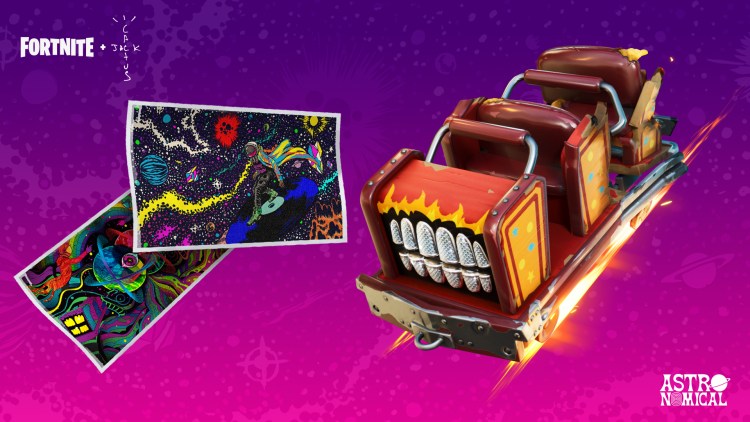 Starting on April 21, players can also pick up Travis Scott in-game skins and emotes as part of the Fortnite Icon Series. From the same date, you can also complete Astronomical Challenges to unlock more free gear. 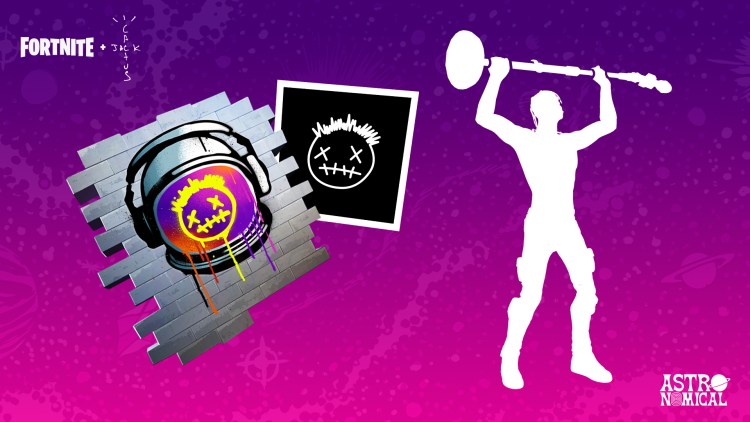 Make sure you don’t miss out on the concert of a lifetime. In a video game.