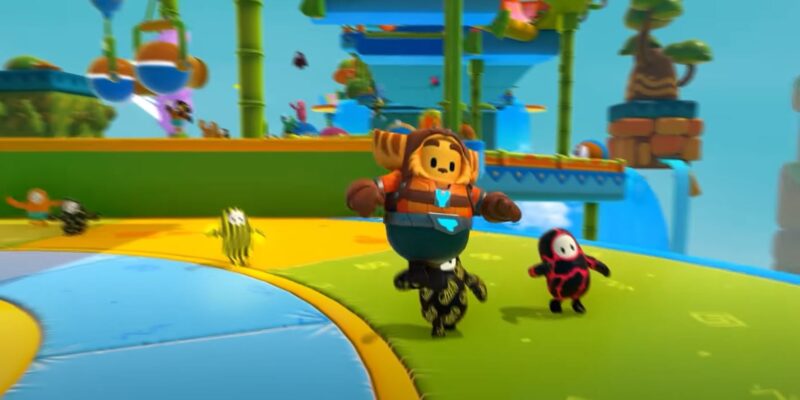 We’ve never seen Ratchet and his little robot buddy Clank on PC before, but the gruesome twosome is going to be leaping through a portal and showing up in a place we didn’t quite expect. The venerable Sony franchise is crossing over with Fall Guys for a special event featuring Ratchet and Clank. While you won’t be collecting a bunch of new guns and grinding level ups or beating anybody senseless with a wrench, this is still something to look forward to. Naturally, this means nothing in the grand scheme of things, but I’ll use it to fuel my delusion that the series will one day come to PC.

According to a press release, the crossover will have two events: the Ratchet Limited Time Event which starts on July 26 and goes through August 1, and the Clank Limited Time Event that’ll last from August 6 to 15.  Each event will grant you a one week window with challenges tied to each character. Completing these challenges will reward you with points that you can use to buy items. The biggest ones are, of course, costumes that’ll cost 4800 points in total. I’m definitely going to go for the Ratchet one, just cuz. Each character also has a banner, pattern, and emote, so there’ll be plenty to go after. I’m probably gonna need that pattern too, huh?

Players who complete in both events will get a special banner with Rivet, the new lady Lombax introduced in the most recent title that we’ll never get on PC. I’m not mad about it. You’re mad about it. There’s also a trailer showing off the crossover, with a Fall Guys dude running around in a Ratchet outfit. Some of the challenges are also clearly displayed, and players will need to do things like pull off a certain number of dives, earn medals on specific stages, and qualify for survival rounds repeatedly. Check it out for yourself: