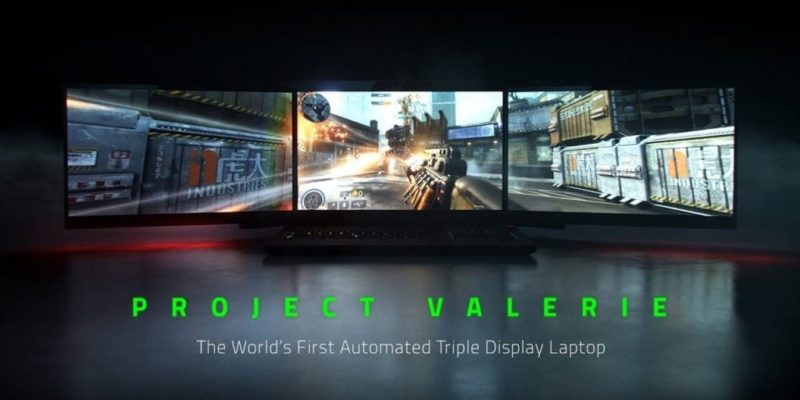 One screen is never enough, but if you want gaming on the move then one is the only option. Not satisfied with a single screen, Razer has revealed a triple screen laptop at CES.

Called Project Valerie, the machine is being dubbed “the world’s first automated triple display laptop” and offers three 17.3 inch 4K displays. Inside there’s a GTX 1080 powering the visuals. It’s also quite compact considering, about double the depth of a Razer Blade Pro when folded up.

If this prototype ever gets made it’s going to be expensive and it’s too early for a price to be revealed. Check out the Razer site for more.