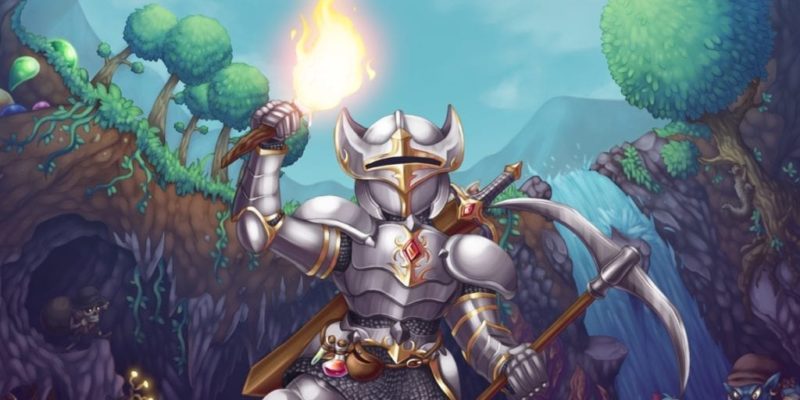 It’s a very rare occasion anymore that I get a chance to cover one of my favorite games, Terraria. Many know the game as one of the essential crafting and exploration games on PC. It has an incredibly addictive progression system, a huge variety of weapons, and a ton of bosses to try them out on. Terraria also has a very committed player base on Steam.

Yesterday, The PC Gaming Show released the line-up of developers and publishers who are taking part in the event this year during E3. Terraria‘s developer, Re-Logic, will be joining the likes of Chucklefish (Stardew Valley, Starbound) and Annapurna Interactive (What Remains of Edith Finch, Donut County) during that show. The PC Gaming Show’s presenting sponsor this year is Epic Games, which has Terraria fans a little bit concerned. Many have started worrying about the possibility of the game or future Re-Logic titles becoming Epic Games Store exclusives.

Well, don’t go throwing your Guide Voodoo Doll in the lava just yet! Re-Logic’s VP Whitney Spinks took to Twitter to clarify the company’s stance on any of their games becoming exclusives to Steam’s growing competitor. “Since there seems to be confusion- No Re-Logic title will ever be an Epic Store exclusive,” explained Whitney. “There is no amount of money we could be offered to sell our souls.”

Since there seems to be confusion- No Re-Logic title will ever be an Epic Store exclusive. There is no amount of money we could be offered to sell our souls.

Terraria fans on Twitter received this comment very warmly. Many took the time to share their love for Re-Logic and throw a bit of shade at the increasing number of games becoming Epic Games Store exclusives. One of these includes the recent news that the PC version of Outer Worlds will only be seen there.

However, it now leaves us wondering what Re-Logic might discuss or reveal during the PC Gaming show. I, for one, am ready for the successor to Terraria, but I doubt we’ll see that this year. Regardless of what Re-Logic brings to the show, it is bound to be a welcome addition!

Epic Games to receive a BAFTA Special Award during E3 2019

Meet the Toreador Clan in Vampire: The Masquerade – Bloodlines 2