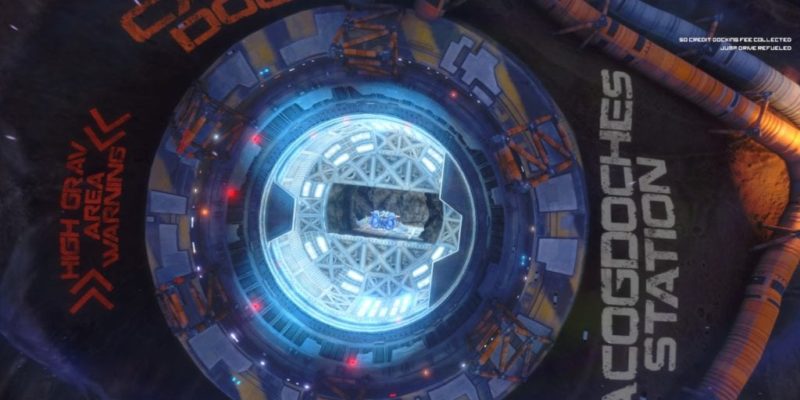 Rebel Galaxy Outlaw has some noticeable differences between the highest and lowest graphics settings. For this technical review, we discuss those graphics settings as well as the surprisingly complex key controls, and we consider how the game runs while using a gamepad versus keyboard. Those who enjoy heavily customizing their spaceships might also be interested in the game’s built-in paint editor.

Note: This is our technical review for Rebel Galaxy Outlaw. We also have our official scored review. 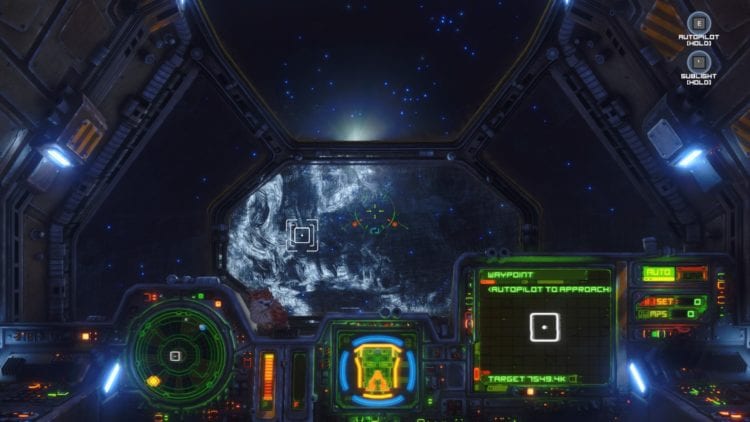 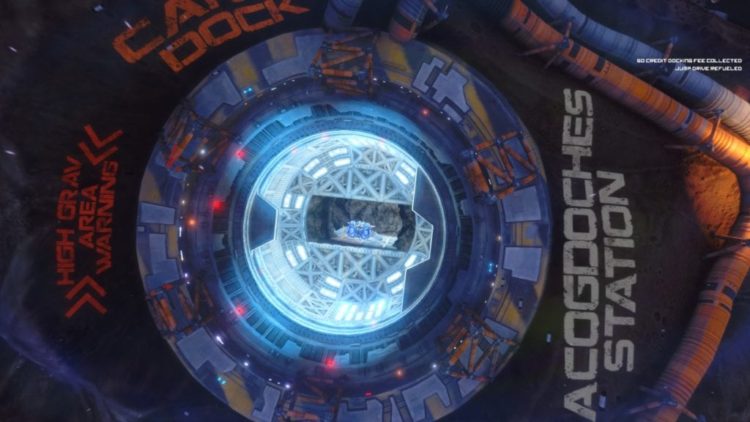 The highest supported resolution is 1920×1080. This might be a disappointment for those who run larger monitors, but for me I was pleased with the game’s graphical details. I’m running this game on a 21-inch monitor, and I found that the above resolution fits well with the game’s user interface.

As for graphical textures, on load-up you have plenty of options to choose from. Shadow quality has a setting range from low to ultra, and there are options for blur quality, FX quality, and mesh. Alongside these, you can choose to toggle on or off bloom effects, damage decals, film grain, lens glare, distortion, and dynamic lights. There is also an HBAO option, as well as crepuscular rays and depth of field.

Now would be a good time to mention the game’s photo mode. At any time, you can pull up the command menu and pause the game. Then you can move freely and take pictures in a 3D environment around your own spacecraft as well as nearby spacecraft and space stations. This was where I noticed the depth of field most prominently. When viewing my spacecraft in the photo mode, it was obvious that the space station behind me was out of focus, whereas my spacecraft (the focal point) was in focus. Although subtle, this was detail was a nice addition.

Since this game has some noticeably low system requirements, don’t expect much stutter in gameplay. I encountered no noticeable slowdown. This is especially impressive given how often the game allows you to skip cutscenes. Every time you takeoff from or land on a space station, the game triggers a cutscene. Similarly, every time you engage in auto-pilot (which is very often) the game triggers a cutscene. Of course, at first I took to enjoying the cutscenes. The more I progressed, the more I would quickly skip through them. Even during fast bouts of skipping, I noticed no slowing down as the game loaded post-cutscene.

Taking the aforementioned graphical settings, let’s take a look at some graphical comparisons. Here are a few screenshots showcasing the game’s highest settings versus lowest settings. 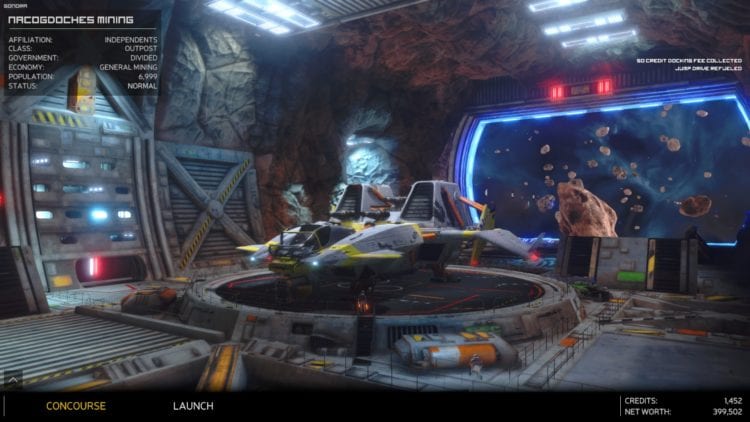 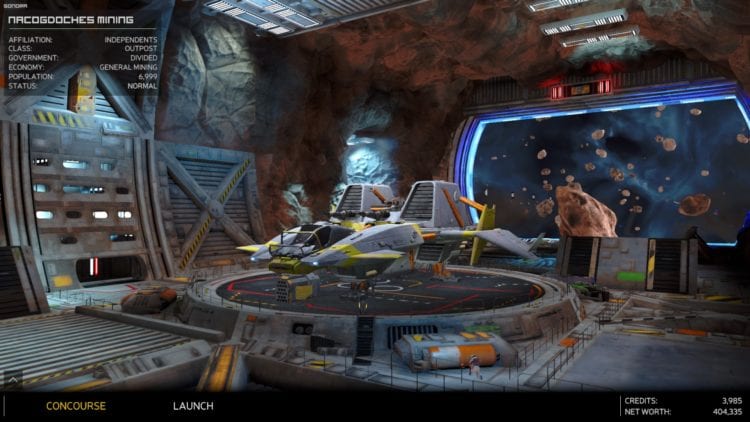 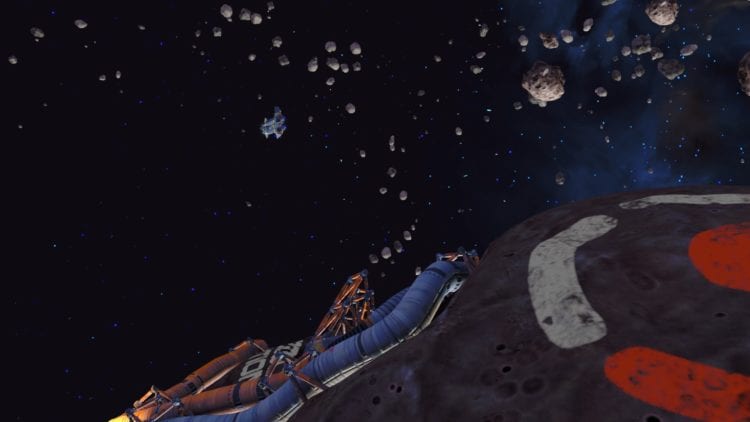 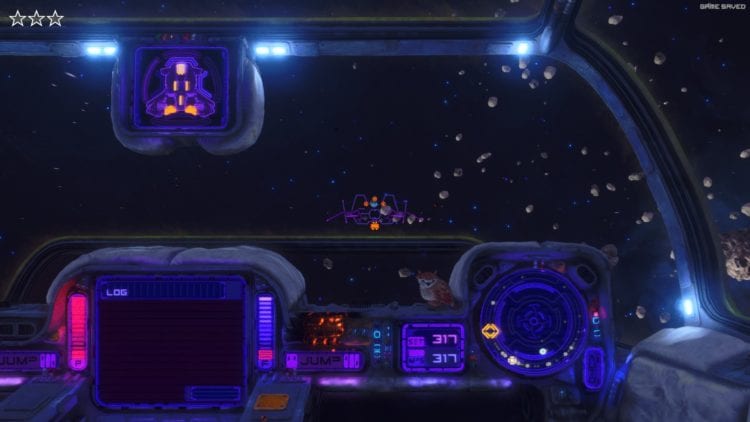 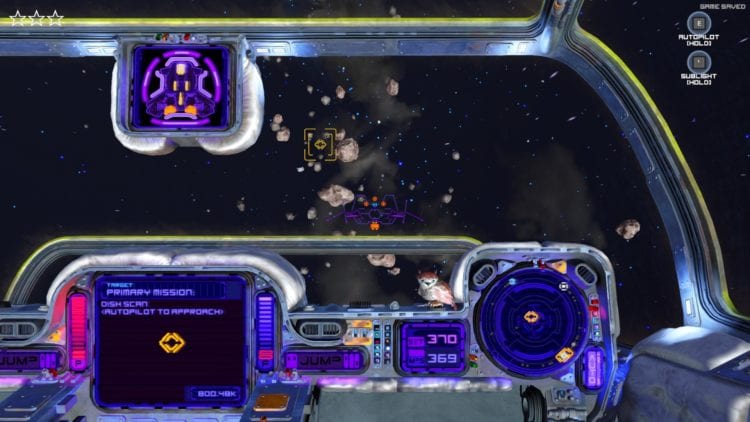 In the first image that shows the ship docked at the space terminal, the most noticeable difference is in the lighting. If you look at the red lights above the terminal exit leading into space, the highest settings show a nice glare. The lowest settings have almost no glare at all, and the lights look rather dull. Similarly, in the outer space shots, the asteroids appear to lack texture.

Most prominent, however, is the cockpit view. The lowest graphical setting has an unusual brightness. This must be due to the shading effects. When used on the highest settings, the cockpit takes on a darker, more well-rounded look. 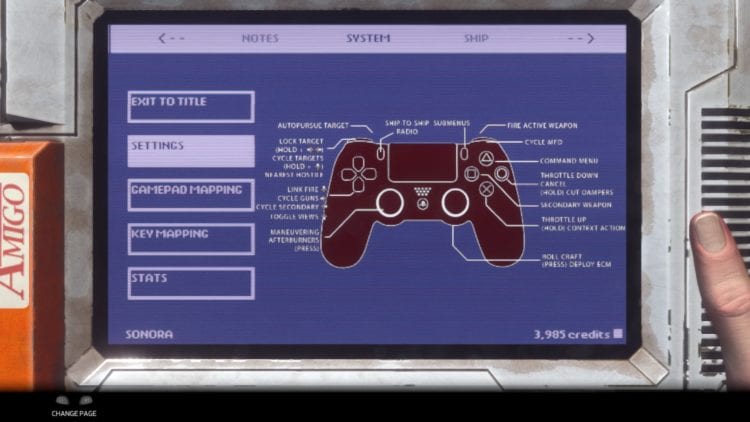 At first, the control scheme for this game is quite overwhelming. The “key mapping” section of the menu contains a number of keys that are unmapped by default. Some of these include extra “inflight boost to engine, inflight boost to power,” and so forth. However, those same controls are accessible from the command menu, so mapping them to a key is not necessary. The game also contains an “inertial damper cut” key, which is also not necessary because lowering the engine power achieves the same effect.

At first, I found all of this to be confusing, and I think other players will too, especially since the developer recommends playing with a gamepad. With the long list of keys, there’s no way that every key could be mapped to a controller. So, I tested the game with a DualShock 4, and the good news is that it’s playable right off the bat. I had to tweak a few things though. Being a fan of the Ace Combat games, I switched pitch/roll to the left stick and steer to the right stick (by default they are reversed for this game). I also made the flight controls inverted, and I put my main attack as the L2 button and boosters as R2. Admittedly, all of this was just a test, and the controller plays quite smoothly as such. However, I spent the entirety of my playthrough using keyboard and mouse.

My recommended control scheme is simply remapping roll left =  A and roll right = D. Everything else I left the same, and I steered my ship using the mouse.

In hindsight, I think most players will enter this game and meet the same roadblock I did. At first, it seems as if you have to test a large amount of control variations to get the game running. This isn’t totally true, but some players will relish in the variety of control options. The control scheme I mentioned above worked perfectly fine for my playthrough.

By A.K Rahming16 hours ago
Features