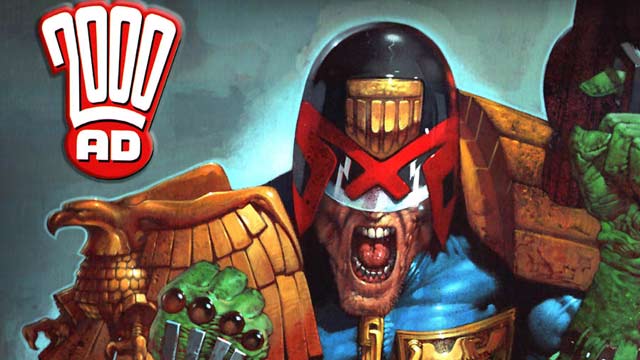 The 2000AD comic series is celebrating 40 years this month and Rebellion, who now publish the classic comic, has made quite a big announcement.

Reported on Bleedingcool, Rebellion is to open up the 2000AD characters and license them to other game developers and publishers. CEO Jason Kingsly says he wants to work with other developers on creating games based on classic characters such as Judge Dredd.

Rebellion has already created games based on 2000AD including Rogue Trooper and Judge Dredd: Dredd vs Death, but according to Kingsley, the game development side of Rebellion is currently at full stretch.

It does seem a waste to leave the 2000AD characters sitting in limbo when it comes to video games. This move will be welcomed by fans of the comics and games. 2000AD games could prove very successful if the right developers step up to the plate.

Rebellion continues development on the Sniper Elite series, which has proved a hit for them, and the latest installment coming out this Tuesday.