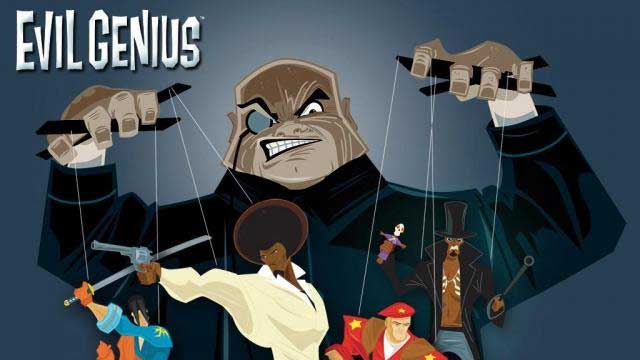 Gamers who love being evil will be pleased to hear Evil Genius 2 is coming. Elixir Studios’ Evil Genius released way back in 2004 and when Elixir shut down Rebellion snapped up the IP in 2009. In the original Evil Genius, players took control of an evil mastermind and managed his evil lair while attempting to dominate the world. A great concept that was quite well received a the time. Eventually, an online free to pay app called Evil Genius Online appeared but that shut down earlier this year.

Rebellion revealed they are bringing the series back with the announcement of Evil Genius 2 which will be a full sequel released for the PC. Development of the new game started in spring so it’s still early days and Rebellion say they are “fleshing out the tech” which involves making a real-time strategy game work in their own Asura engine. Full production is unlikely to start until the engine is tweaked and the gameplay is designed. At that point Rebellion will expand the team.

After sitting on the IP for so long, Rebellion explained that it’s only now they are in a position to make the sequel.

“As some of you may remember, we were very close to announcing this project several years ago. Back then, our plan was to crowd-fund a new Evil Genius PC game and we made a series of steps to launching a campaign.

“So why didn’t we go ahead with it? Firstly, we were in the middle of a big transition into becoming our own publisher and we needed to put resources into the projects that became Zombie Army Trilogy, Battlezone on PSVR and Sniper Elite 3 & 4.

“Secondly, we decided crowd-funding wasn’t the way we wanted to go. After the growing success of the Sniper Elite series and other Rebellion games IP, we started to feel it wasn’t fair to ask fans to fund a new game if we didn’t need them to! With some big projects now out the door and being enjoyed by gamers worldwide, we feel like now is the time to return to the world of Evil Genius.”

Rebellion is slowly but surely becoming a real UK game development powerhouse. This latest announcement shows they are prepared to step out of their shooter comfort zone and bring a classic IP back to the PC gaming community.