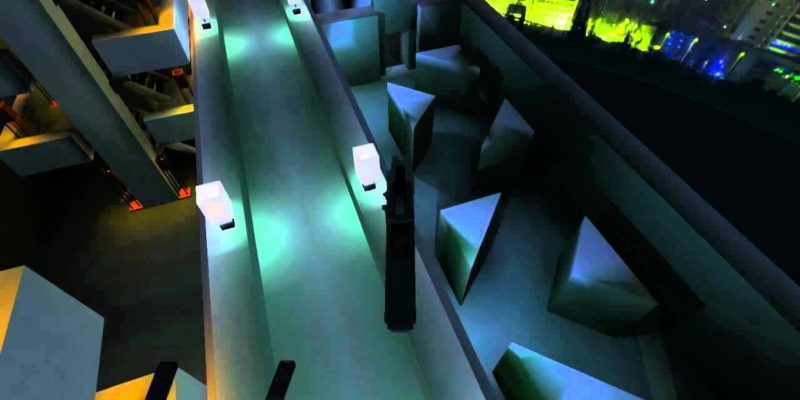 Receiver is a first-person shooter, but not like any you have played before. The detail in handling your weapon and inventory is unprecedented, nearly matching reality in a way that is not at all annoying once you get the hang of the controls, which are fully customizable on the keyboard (no support for the various buttons on your mouse besides left- and right-click, unfortunately). It stands to reason I found out about this game while browsing 4chan’s weapons board (/k/). Below is the video that was posted.

The first thing that struck me about the video, besides the details of the game, was that these guys know their game design. The reasoning for running not simply being “Hold Shift to Sprint” mechanic we all know from other FPS titles was rock-solid and the implementation as intended. I definitely felt like I was actively running when tapping the ‘W’ key. The second thing that really impressed me was that this game was built in seven (7) days. No joke.

The game also has another element that I wonder was intentional or not: a sense of survival and fear. While I wouldn’t classify this game as “survival horror,” it does take some great cues from that genre like scarcity, creepy lighting, and powerful enemies. Your equipment consists of one gun (Colt M1911A1), a varying amount of magazines and bullets for it, and a tape player. You die if you get hit once and the enemies are difficult to kill if you don’t handle them properly. When you die, that’s it, a new level is generated and your equipment reset. The goal is to grab all 11 tapes in the game in one life. There are bullets and tapes scattered throughout the randomly generated levels, though they do glow a bit so you shouldn’t miss them if you look somewhat carefully.

Yes, the game is dark. The above image shows that you must “holster” your gun in order to load bullets into a magazine individually. The video explains all this very well, though.

The controls are what I take some issue with, especially since you cannot remap them to the mouse. The safety, for instance, seems rather pointless since it will likely only do more harm than good (as opposed to reality). If your gun won’t fire despite loading it with a magazine full of bullets, check your safety. I can see it being an interesting addition in a more fully developed game, though. Performance issues are likely to be found, so I suggest starting on the default “Good” graphics quality setting and lowering it if you don’t see any stuttering or pausing (the kind of pause you might get in Minecraft as it generates more world).

If anything, Wolfire has a lot on their plate with the development of Overgrowth, which is looking pretty sweet and is one of my most anticipated games. However, I would love to see them expand on this and perhaps look into something like the Hydra motion controls from Razer and Sixense for an extra sense of immersion (though that may be asking much). There are a number of bugs and a distinct lack of optimization, but it still plays well and is truly like nothing else we’ve seen in the FPS genre.

Here’s a link to purchase the game directly from the developers. It’s $5 and absolutely worth every penny. I hope you enjoy it as much as I!