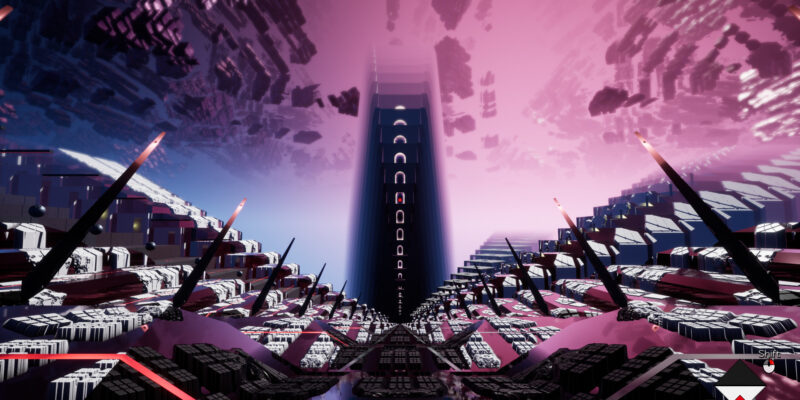 The Escapist Indie Showcase aired today and revealed a ton of new games from independent devs. One of those was a particularly trippy looking narrative-puzzle game called Recursive Ruin. It debuted with a trailer that’s worth a watch for anyone interested in the genre, or aesthetically mesmerizing experiences for that matter. The trailer is short and only shows a few glimpses of gameplay, but this first look is certainly enough to build some hype for the 2022 release.

Described as a “kaleidoscopic narrative-puzzle game,” Recursive Ruin certainly looks the part with its ocular oddities and symmetry-based scenes. Developer Bit Rot invites players to “Explore an infinitely fractal world of strange beauty and mind-bending physics. Inhabit a despondent artist in search of meaning and experience a bittersweet story that cascades into the surreal.”

What that all translates to is still somewhat of a mystery, though the game’s Steam page reveals a few more clues about what’s at stake. The game’s mysterious alternate reality is labeled as the Infinite Realms, which is infested by some type of “malevolent substance” called Ichor that’s eating away at the fabric of existence. That’s something you should probably take care of before it turns into something worse, unless the void sounds appealing.

Do you know the definition of meaning?

The trippy events and missions that you will accomplish in this alternate reality are tied to the narrative of a despondent artist in search of meaning. With such a wild world to explore, it will be interesting to see what plot the developers come up with to tie everything together. 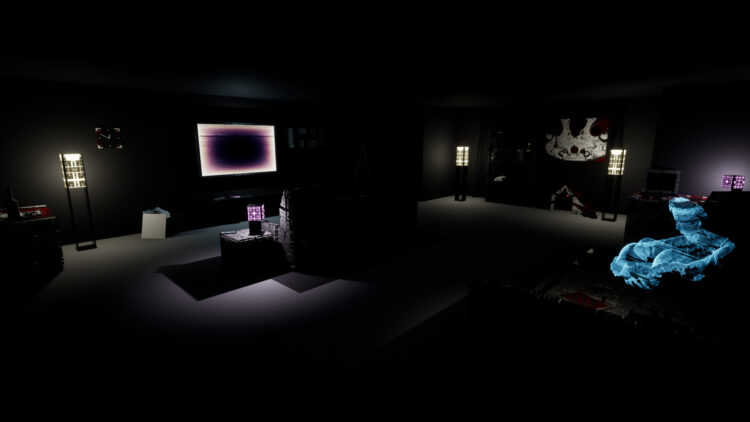 There are already some basic system specs available on Steam that suggest this game will look gorgeous without murdering framerates, so that’s always good news. Recursive Ruin is scheduled to release sometime in 2022, and we can only hope it doesn’t suffer from delays because it looks quite unique.

Until then, you might consider a few other new puzzle game releases like Recompile and Claire de Lune to pass the time. There’s also the Faraday Protocol if you’re into Egyptian stuff in space.