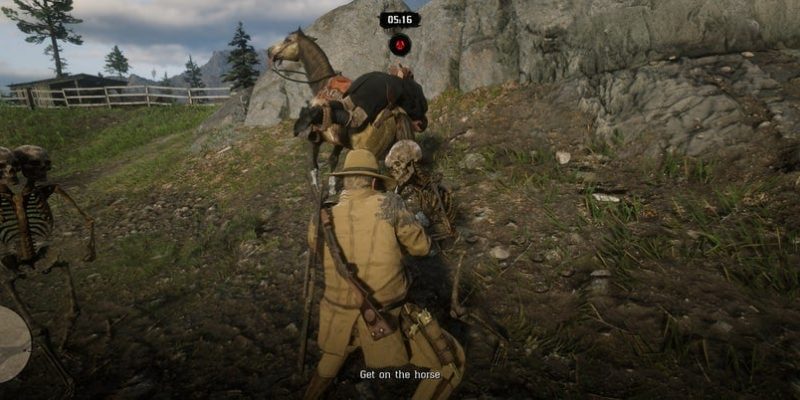 Red Dead Online has been invaded by dark forces, it seems. Two-headed skeletons are running amok and beating up players. Has Rockstar introduced some sort of cowboy necromancer to the game? Unfortunately, no – it’s just hackers doing their usual hacker thing.

On the bright side, there are some hilarious gifs coming out of this latest bit. Take a look at this attack from Reddit user Keisenburg:

I got attacked by something I never expected from RedDeadOnline

The skeletons invading Red Dead Online don’t seem too nefarious. They jump players, beat on them for a minute, and then sprint off. They’re more prankster undead than, you know, evil undead. The kind of skeleton that just wants to knock that silly hat off your head.

These supernatural attacks were first reported by VG247, and Reddit users have also joined in with reports about the undead. Fittingly, since they are already dead, it seems like you can’t kill them. Not even with fire. 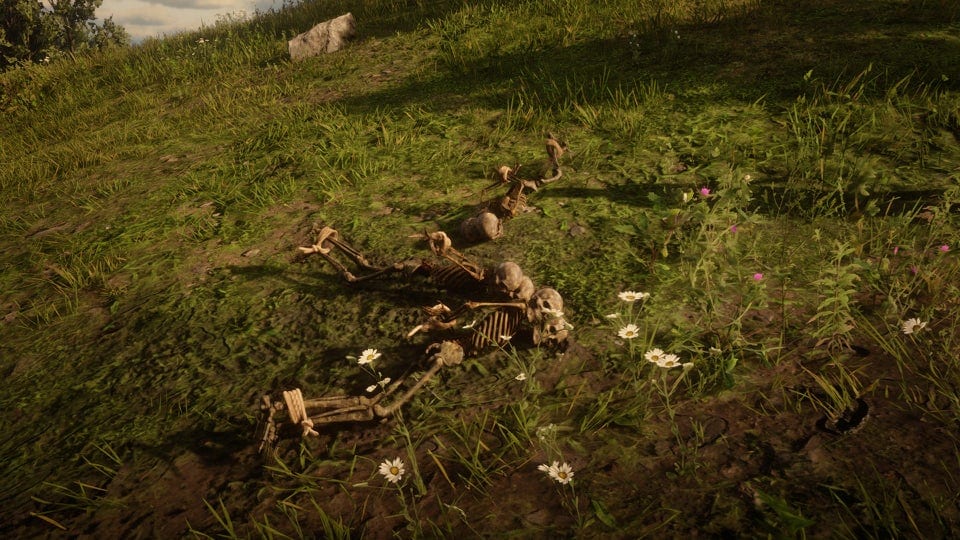 Your guess is as good as mine about the motivation for the hack. Perhaps the hackers just really liked the Undead Nightmare expansion for the original Red Dead Redemption. Or maybe, like most hackers, they just want to spoil everyone’s fun and have a laugh while doing so.

As amusing as these skeletons are, though, it does to show just how vulnerable Red Dead Online is to hackers. Not only did they replace models in the game with two-headed skeletons, but they programmed them to attack players on sight, or at least gave them some hostile code. God mode, infinite spawns, and similar hacks are a serious problem for the game. I mean, after launching Red Dead Redemption 2 on PC, Rockstar was basically asking players to act as quality assurance.

I’m no expert, but it seems to me that some gaping holes lie within Rockstar’s online servers. I haven’t played too much of Red Dead Online, but a few years ago I gave up GTA Online out of frustration over hackers. This event, unfortunately, doesn’t do much to persuade me to go and give Red Dead Online another go.