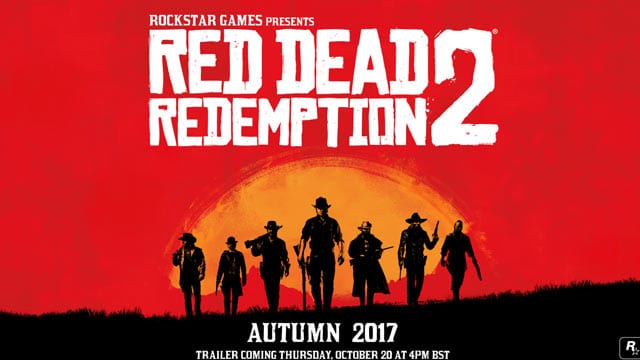 First of all, let’s get to the disappointing part of the news which is predictable because it’s Rockstar. The game is scheduled for release on the Xbone and PS4 and will come out autumn 2017.

Sam Houser won’t be able to “call The Benz!” this time if they cock it up, but he did have this to say:

“With Red Dead Redemption 2, the team is working hard to push forward our vision for interactive entertainment in a truly living world.  We hope to deliver players an epic experience that builds upon everything we’ve learned making games.”

A trailer will be released on Thursday at 11AM EST.

Now, as you know we are a PC gaming site so all coverage will likely halt until we get confirmation that the game is coming to PC. Let’s not forget what Rockstar did with GTA V, we got it eventually.

The original Red Dead Redemption never made it to PC, because back in the good old days of the last-gen consoles, the PC market was smaller. Rockstar also made a right hash of the game code, or so the story goes.

We have to assume this time the game will come to the PC but probably a year after the console release. Rockstar can then milk fans who own both consoles and a PC for a second copy as they did with GTA V.

It’s highly disappointing that Rockstar still refuse to support the PC audience on release but maybe one day they will pull the heads out their backsides and realise that PC gamers are just as keen to get heir hands on their games on launch day.

Let’s not forget, it’s all about the money.

Titanfall 2 – Everything you need to know