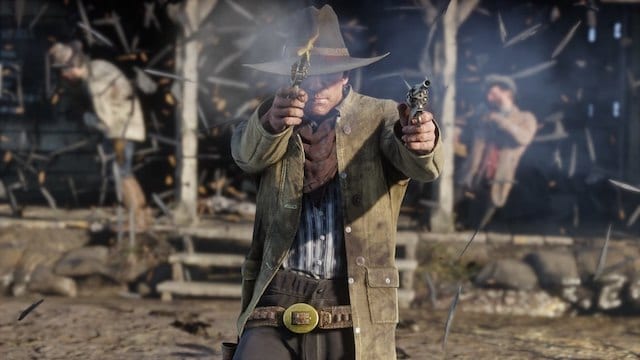 Rockstar Games has trumpeted the arrival of Red Dead Redemption 2 on PC for some time now. And players have been greatly anticipating it in return, expecting it to blow away the console versions. But apparently, that isn’t the case.

Based on a report from TechRadar, many users are running into trouble with the game. There appears to be a general error when it comes to the Rockstar Games Launcher, something Red Dead Redemption 2 uses.

According to various complaints, the main problem is with the Rockstar service itself. They’re getting notes indicating that “The Rockstar Games Launcher exited unexpectedly.” As a result, buyers have taken to the Rockstar Games support page. TechRadar already checked over the troubleshooting tips, but they continue to run into errors.

Rockstar does suggest upgrading the drivers with the latest updates. But even with those, several users on Reddit have voiced their displeasure with getting things running. One user mentioned that they found a solution with updating BIOS to F10a. TechRadar also noted that some users suggested disabling firewalls and antivirus to get RDR2 going. But even by following these suggestions, it appears issues are still arising.

There’s no word yet if Epic Games Store consumers are experiencing the same problem, but we’ll see what those users have to say.

At the present time, Rockstar Games hasn’t provided an update on what’s going on. More than likely, it’s looking into the matter and should have a resolution sooner rather than later. It certainly doesn’t want to leave Red Dead Redemption 2 owners stranded on Boot Hill.

We’ll let you know if we hear anything further on what’s going on with the game. In the meantime, keep tabs on this Reddit thread. And, hopefully, Red Dead Redemption 2 will run as smoothly as the official trailer below lets on.