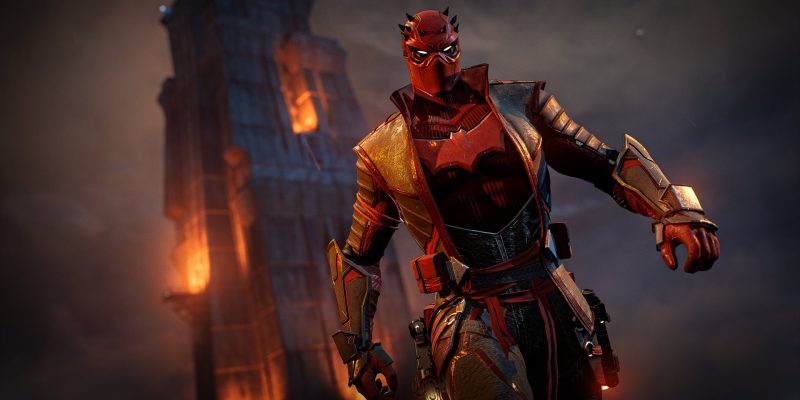 Red Hood is truly an outlier compared to the rest of the Bat Family. Jason Todd became the second Robin after succeeding Dick Grayson (now Nightwing). However, his death to the Joker and subsequent resurrection changed him. He returned to the world with the power of angst, sporting a red hood and an attitude. His use of guns is against the Bat creed, but he wasn’t a part of the team for a while. Now, however, he is, swapping to non-lethal rounds and using mystical powers WB’s upcoming game. We see all this in the latest gameplay trailer for Red Hood, who’s quite a force to be reckoned with in Gotham Knights.

We’ve had gameplay footage of Red Hood before, but today’s trailer is more focused on the character. Todd experience a lot of trauma after his encounter with the Joker and mystical resurrection in the Lazarus Pit. While he’s not the kid he used to be, Todd nevertheless returns to the team. Unlike in the comics, Red Hood in Gotham Knights has been given special powers granted by the Pit, and he uses it in both combat and traversal.

It’s still a bit odd to see him hopping through the air, though. Despite the unavoidable jokes, developer Warner Bros. Montréal seems keen on keeping Red Hood’s “Mystical Leap” ability intact. Unlike his fellows who need gliders to fly around, Todd can magically hop through the air on platforms made of blue-ish green energy. That same power can increase the damage of his weapons, and lets him fire off target-seeking “skulls.” This would have been cool to me back in middle school.

By the power of green skull

Thankfully, the gameplay for Red Hood looks much better. Using dual pistols, melee weapons, bombs, and grapple techniques, Red Hood is a force of nature. He’s brutal as all hell, and clearly has no qualms about how much pain he can dish out to Gotham’s thugs.

As with the Batgirl trailer, we get a glimpse at other features for Red Hood. Near the end, we see how well he works with a co-op partner, leaping through the air to deliver a nasty knee to a street punk. You can also check out some of the costumes for him, ranging from the classic to a helmet with Darth Maul-esque head spikes.

Gotham Knights will launch for PC on October 25.

ARC Raiders was delayed because the studio’s other game, Project Discovery, was ready faster