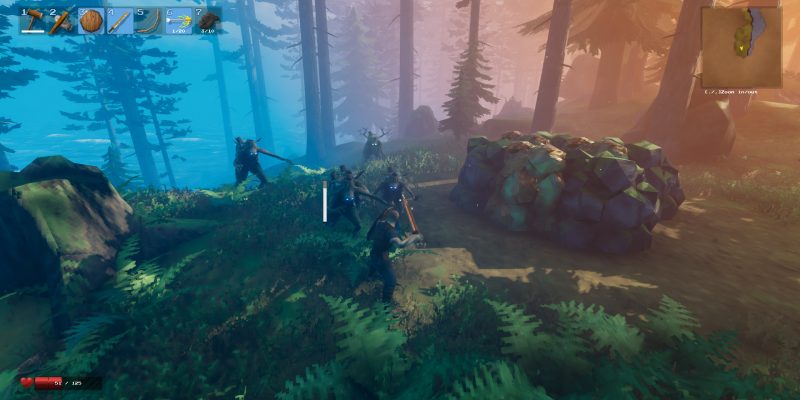 Valheim is a wonderful game, full of massive trolls, beautiful buildings, and admittedly pretty scenery. However, while the game doesn’t exactly look cutting-edge, it sure does perform like a modern triple-A title. Valheim isn’t infamous for much, save for its low framerates, regardless of what hardware players have packed into their computers. Thankfully, the game has a large and apparently clever community. A Redditor by the name of bluEyedillusion has found a way to boost their fps in Valheim. However, this fix won’t apply to everyone, so don’t think it’s a guarantee.

There is a catch to this fix though. Apparently, it doesn’t work when the game is running with Vulkan enabled. Be sure to disable that and then try to run the game in fullscreen. Here’s the code you need to enter in Steam’s launch options for Valheim to make it run in fullscreen: -window-mode exclusive -screen-fullscreen. It’s not clear when the game’s developer Iron Gate will add a fix to the game that enables fullscreen mode, so for now, this is your best bet.

Issues like these are typical of an early access title, which some may forget Valheim still is. The game, which recently sold five million copies, still needs a lot of work done. Even Iron Gate believes Valheim needs some improvements. Hopefully, as the game continues down its 2021 roadmap, we’ll see fewer bugs and glitches like this that limit framerates. That being said, don’t get rid of the ones that send players flying with spears, those are absolutely brilliant.

Farming Simulator 19 cuts in with the new Rottne Pack DLC