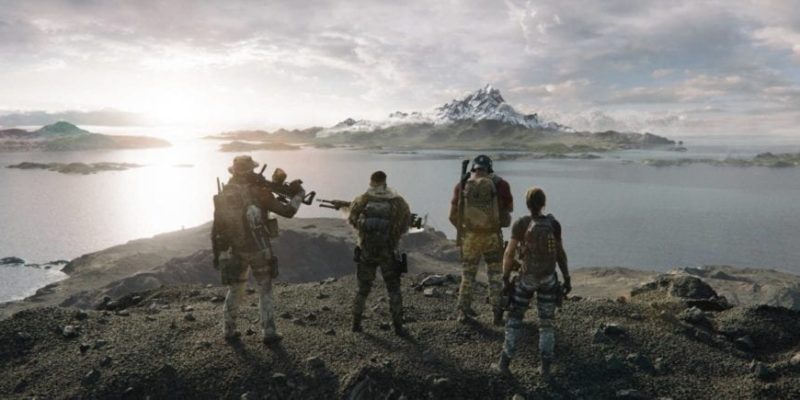 Members of the Ubisoft Paris development team took to the stage at E3 to bring more details about the upcoming Ghost Recon: Breakpoint. As is shown on the developer’s website, players can sign up for the beta right now.

The studio confirmed that the game will feature AI teammates for solo players, just like in Wildlands. This is in line with past entries, as the Ghost Recon games have always allowed players to utilize their AI teammates in order to complete the mission.

The Walker Manifesto displayed at E3 hints that the player will be fighting against other Ghosts. Walker, played by actor Jon Bernthal, speaks to a group of Ghosts. He tells them that some of the people they will be up against might be former friends. He hypes them up by telling them that if they are hungry, their enemy is hungry too. While the story details are still kept under wraps, it sounds like the upcoming Ghost Recon game will feature deception, stealth, tactics, and the unfortunate life of a fugitive all wrapped into one.

Take a look at the Walker Manifesto trailer here:

The studio is making moves that look to bring the player base together as a community. A program titled Delta Company Community will allow players to sign up for one of five different community areas. One area will specialize in players who are interested in cosplaying, fan-art, and writing. Another section is for streamers and videographers. One section will be a dedicated discussion type chatroom. The program will also assist those who wish to create their own fan-site or fan-page online. Finally, there will be a community to host PvP player tournaments for those who believe they are truly skilled at the game.

For more information on the Delta Company Community, check out the video below.