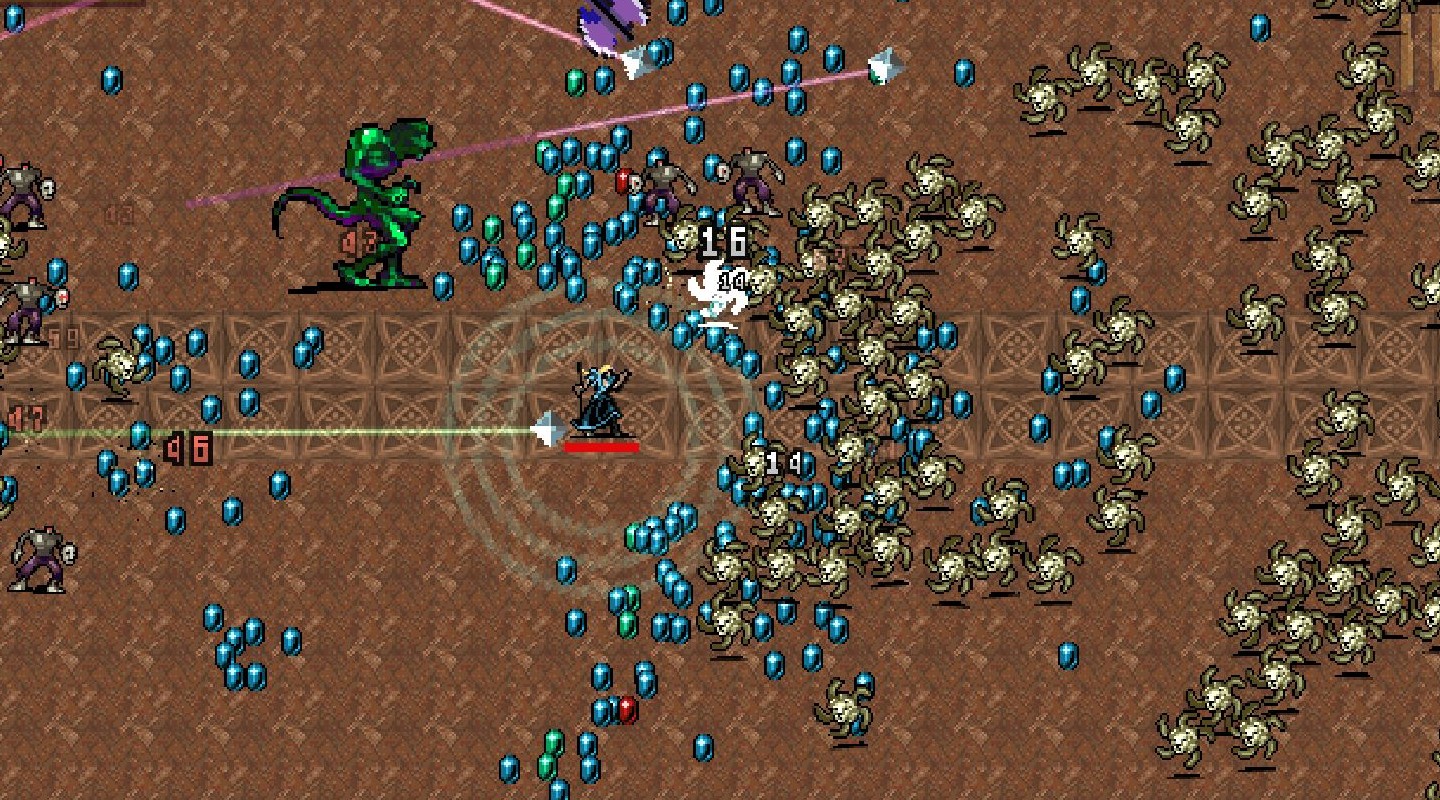 Developer poncle has prepared us for the 1.0 release of Vampire Survivors for the past several months with a steady trickle of updates. But now, we finally have a date. Well, a date for when the release date will be revealed. Yes, poncle still remains coy about when players can expect to see the full release, but at the very least, it won’t take too much longer before we find out. According to a press release, the official unveiling of the release date for Vampire Survivors will take place on September 29.

Of course, poncle made sure to treat players with another surprise update, titled Patch 0.11.3, “to apologize for the amount of teasing of the big launch.” This update introduces an incredibly rare weapon into the mix called Super Candybox II Turbo as well as the potent Arcana XXI – Blood Astronomica. You can see some footage of this final arcana in the teaser trailer below.

Additionally, the patch brings another secret character to mess around with, one that devoted fans of Vampire Survivors may already recognize. During the early days of Vampire Survivors, players could unlock a glitched character called missingN▯ (think the glitched Pokemon from Pokemon Red and Blue) by defeating the Death enemy. poncle removed this character from the game once Patch 0.2.12 rolled around, which meant that players could only access it by adjusting the game’s files. Thanks to Patch 0.11.3, however, missingN▯ has finally come back in an official capacity. So players no longer have to worry about potential save corruption when unlocking it.

Until the final release date for Vampire Survivors surfaces, players can get even more mileage out of this jam-packed game thanks to the new update. One can only imagine what kinds of crazy new features and secrets Vampire Survivors will receive once it leaves Early Access.