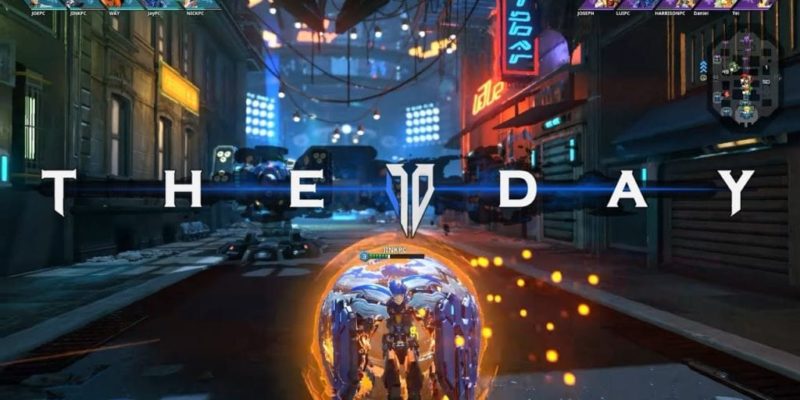 THE DAY Online was Reloaded Studios MOBA/arena brawler which only launched into Early Access last month and today they have announced they closing all North American and European servers.

THE DAY Online was a weird mix of MOBA and arena brawler and it really wasn’t quite sure what it was trying to be as I found out when I previewed it last month during the open beta. It’s not surprising the game has been pulled but it is surprising that it’s happened so soon after entering Early Access as a free to play game.

It sounds like there was more than just a lack of players preventing the game from continuing as Reloaded Studios cites “several internal matters” and “financial problems” as being two reasons they are pulling it now. They also mention that they are “having some more difficulties releasing our game at steam”, whatever that means. We also understand that all support from the dev team and community team has stopped which is probably what they mean by problems with “crew members”.

By all accounts the game is dead, and even though Asian servers will be kept online, there will be limited support.

The MOBA genre is a tough nut to crack but THE DAY Online was simply not polished enough and engaging enough to keep players hooked. It was extremely rough around the edges and the gameplay was not engaging enough.

The full statement reads as follows:

With several reasons, we decided to close North American and European steam severs, which means we can only open and keep Asian steam sever with limited updates.

Actually ‘THE DAY Online Project’ started long time ago with great expectations and excitement. We always believe that game developers make games and complete them with users together.
That’s why we’ve been so happy to make users community, steam shops of ‘THE DAY Online’ and to meet each of you everyday.

However the reality was CRUEL and the result was disappointing. Despite our efforts to get the right answer, we are having some more difficulties releasing our game at steam.
To make matters worse there have been several internal matters as well such as crew members and financial problems etc. So considering all these matters, we came to a conclusion that it is right to admit the reality we are facing now and be honest with our users and let them know this news as well.

But we all know that everything has its BRIGHT SIDE too.

Learning from our experience, we Reloaded Studios has

-our own broad and solid game components
-cause analysis of our failure and feedback
-last but not least real passion for game with sincere & positive attitude.

We newly started to make small-volumned but more fun game reflecting our own uniqueness.

Of course we are not still 100% sure whether this game satisfies you but we think we can do our best and this is also the best thing we can do for now.
We will keep trying and we promise we do not give up ‘THE DAY Online’ as well. The Day will come and hope to see you again.

Once again we are very sorry for this and ask for your generous understanding.  Please keep your eyes on us and we will make up for this with better games.

By Wes Tacos5 days ago
Industry