In the spring, players will finally have the opportunity to explore planets in Elite Dangerous: Odyssey. And it is not going to be one or two planets. The expansion will bring a whole galaxy’s worth of planets to the game. In preparation for the sheer amount of landings and exploration, Frontier Developments is doing some brilliant work. This means rebuilding all of the current planets found in the game, as well as adding many new ones for Elite Dangerous: Odyssey.

In a new livestream featuring Dr. Kay Ross, the lead render programmer, she explained just what has changed since the game’s first planet-related expansion in Horizons.

Ross explained that moving forward required changes, even if the previous system under Horizons were good. Frontier Developments needed a system that was robust enough to handle all aspects of things without remaking the tech. That is what is powering Elite Dangerous: Odyssey and all of its planets.

This meant making tweaks to the Stellar Forge, the framework that creates all of the stars, planets, and other space stuff. It previously generated everything with the help of algorithms. Age, geological makeup, and gravitational stresses are part of the equation now. Planets will look even more varied when it comes to geography thanks to the changes. 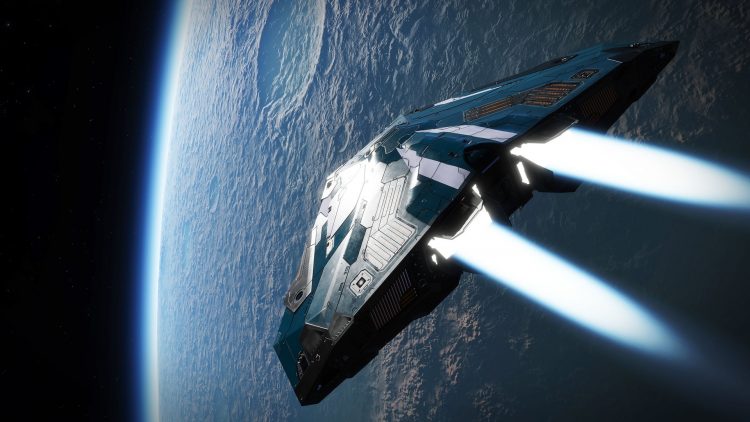 It has not been easy, to say the least. However, Frontier Developments is committed to creating believable planets to explore in Elite Dangerous: Odyssey. The way the system goes about details, players will start seeing them from a distance. The closer you get, the more detailed things are going to be. Weather effects such as wind and dust are also going to be visible on some surfaces.

With the new information, it is safe to say we are excited to explore the planets when Elite Dangerous: Odyssey releases in spring. Time to plant that flag everywhere.