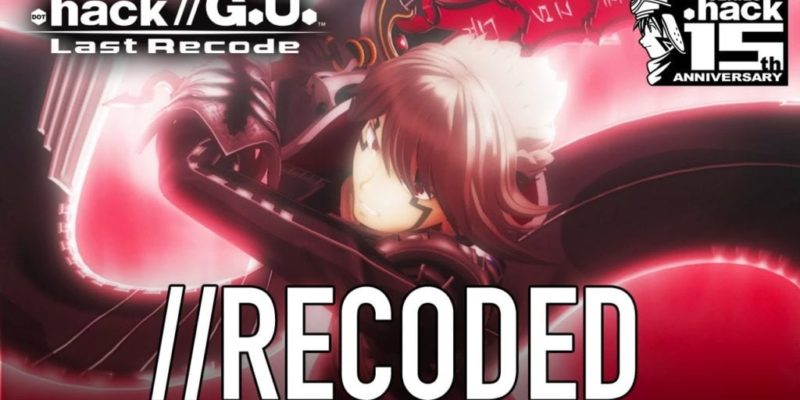 Bandai Namco will be bringing a remastered trilogy of .hack//G.U. titles to PC in late 2017 under the title Last Recode. It’ll bundle all three RPGs (Rebirth, Reminisce, and Redemption) together in one package.

Originally released across 2006 and 2007, you can expect technical improvements to all three games. 16:9 aspect ratio, 60fps, and 1080p resolution are all confirmed. It’s not immediately clear whether you’ll be able to downsample beyond 1080p on PC, but that’s a possibility.

The .hack//G.U. Last Recode bundle will also make changes to battle balance and game pacing, and include a cheat mode for anybody wanting to just blast through the story with full stats. There’s a trailer below, and, beneath that, a more detailed summary of the additions (from Famitsu).

Retry feature added
Movement speed increased
Auto mode (play with your strongest levels and equipment)
Maximum items you can possess has been increased to 90
Item menu shortcuts and sort features
Feature to use the same item over and over
Empty equipment slots are easier to understand
Maximum Chim Spheres and Virus Cores you can possess has increased to 999
New recovery method “leisurely break” added to the platform, available from the early stages
You can choose between Saku and Bo in the party
Decreased the probability of allies selling the items you give them
Improvements made in Vol. 2 and Vol. 3 have been applied to Vol. 1
Attack power has been increased and hit stops during attacks have been reduced to speed up the battle tempo
Learning weapons proficiency increased and acquired experience points increased
You can skip Awakening scenes
Some tough enemies have been made a bit easier
Keith’s general shot bullet speed has increased
Avatar battle balance revised
Added suspend feature during Avatar battle gameplay
In Vol. 3, changed it to make it possible to do the marriage events with all characters that can become your ally, without having to redo them

XCOM 2: War of the Chosen video stalks the Assassin