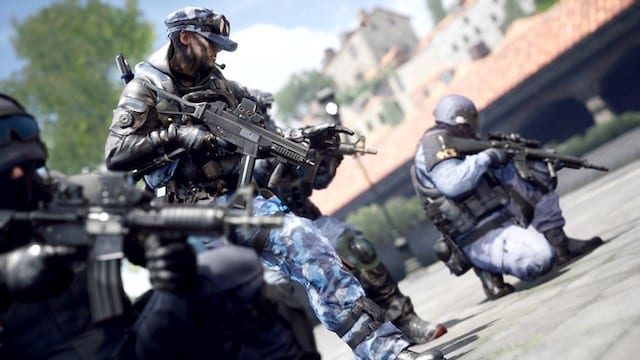 Even though Remedy Entertainment is doing great things independently with Control, it’s not afraid to partner up with big companies on projects. Recently, it was announced that it would team up with Microsoft once more for CrossfireX. Remedy is currently taking care of the campaign mode for that game, which will debut on PC and Xbox One in 2020.

If you recall, these two companies worked together before on the mystery/adventures Alan Wake and Quantum Break. There was talk that there was a sore spot between the two following that last project. However, that doesn’t appear to be the case. Recently, Eurogamer had a chance to talk with a couple of members on the team about the project. And they had nothing but gracious words about working with Microsoft once more.

Returning to the Microsoft front

Tuuka Taippalvesi, who serves as executive producer for the campaign, noted that the Remedy team is “extremely happy” with “working with these guys again.” He noted that “there’s a lot of friends that we have on this side of the table,” which makes the return a little easier.

He also explained that the whole thing began with a “developer-to-developer” relationship with Smilegate, who are working on CrossfireX‘s multiplayer. Eventually, that partnership led back to Microsoft, and it’s working out relatively well thus far.

Thomas Puha, head of communications for Remedy, added that the campaign is just what the team wants to work on. He said it’s “a nice place to be in” when it comes to working on it.

Hopefully, the partnership works out, because Microsoft funding a new Alan Wake adventure for Windows PC would hit the spot. For now, however, CrossfireX is Remedy’s focus, with the latest gameplay trailer available below. Again, CrossfireX doesn’t currently have a release date, but it’s expected sometime in 2020.

Aphelios brings a whole arsenal of weapons to League of Legends

Project xCloud won’t get any exclusive titles — for now