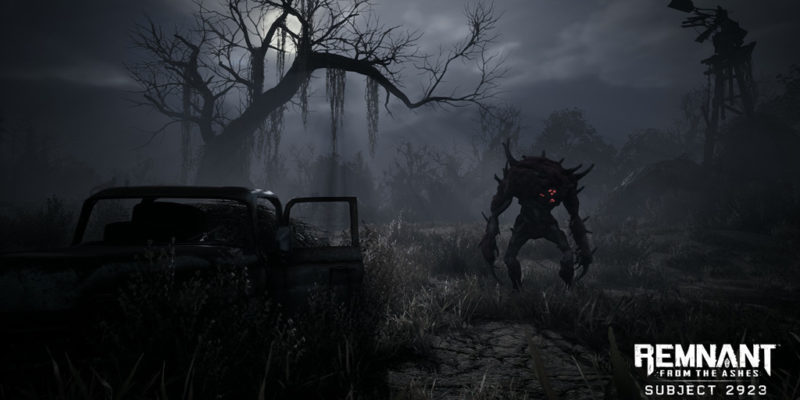 Players pick up where the main story left off as they continue the fight for humankind. In the DLC’s brand new campaign mode, players will discover the origins of “The Dreamers.” These are humans bonded with powerful entities, and you’ll find out how they connect to the Root, the evil force plaguing Earth. To defeat the Root, players must overcome new threats, traverse unfamiliar locations, and partner up with different allies.

The whole DLC takes place in a rural region of Earth. A military base called “Ward Prime” stars, where the U.S. military began the Dreamer Program in the 1960s. It’s not all big bases and military operations though. Subject 2923 also takes players to the new world of Reisum, a frosty, mountainous world inhabited by the Urikki, a horde of humanoid rats. Sounds pretty varied then.

These locations seem like they’ll need a decent amount of firepower to beat. It’s good then, that Subject 2923 brings some new weapons, like the Frostborne axe that inflicts frostbite on enemies. David Adams, President at developer Gunfire Games had this to say on the DLC release: “After an incredible year for Remnant, we’re ready to begin a new chapter—but before we do that, we’re excited to leave fans with one last and major DLC that we’re sure everyone will enjoy!”