Quick warning: this is probably going to resemble a Port Impressions piece more than an actual preview.

See, Republique is technically a phone game, and no come back it’s not like that. The Kickstarter was for both the phone game and a PC port, and early on, the mobile version took precedence. The PC version is out soon, though, which – as you’ve probably guessed – is why I have preview code. And as it’s a phone game – a phone game that’s been out for awhile, at that – I’m primarily interested in whether or not it’s been adapted properly to the PC.

Good news! It has. 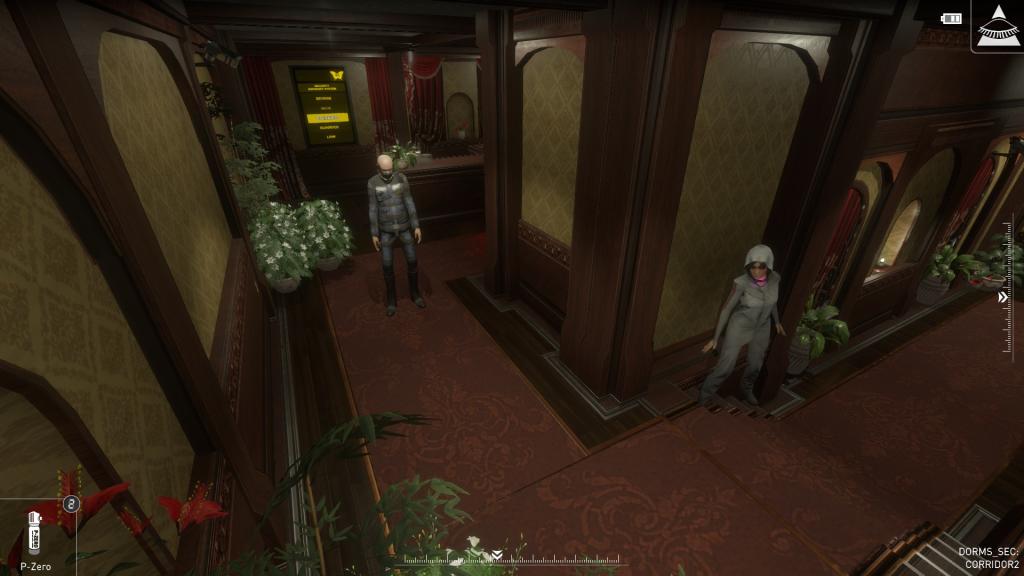 “Sneak up behind him and break his neck” is not an option. It’s not that sort of stealth game.

Republique (and thus Republique Remastered) is set in a futuristic Orwellian nightmare. You’re a mysterious hacker contacted by Hope, a young girl being locked up for thought crimes, and you’re pretty much her only hope of getting out unscathed.

The fact that you’re not directly playing as Hope makes this a rather unique take on the stealth genre. You’re her eyes and ears, observing the rooms she’s sneaking through via security cameras, hacking doors shut to slow pursuers, and telling her where and when to move. In short, you’re the massively irritating voice-in-the-ear from every linear first-person shooter ever made, and it’s a role that’s a lot less irritating when you’re doing it than when you’re listening to it. 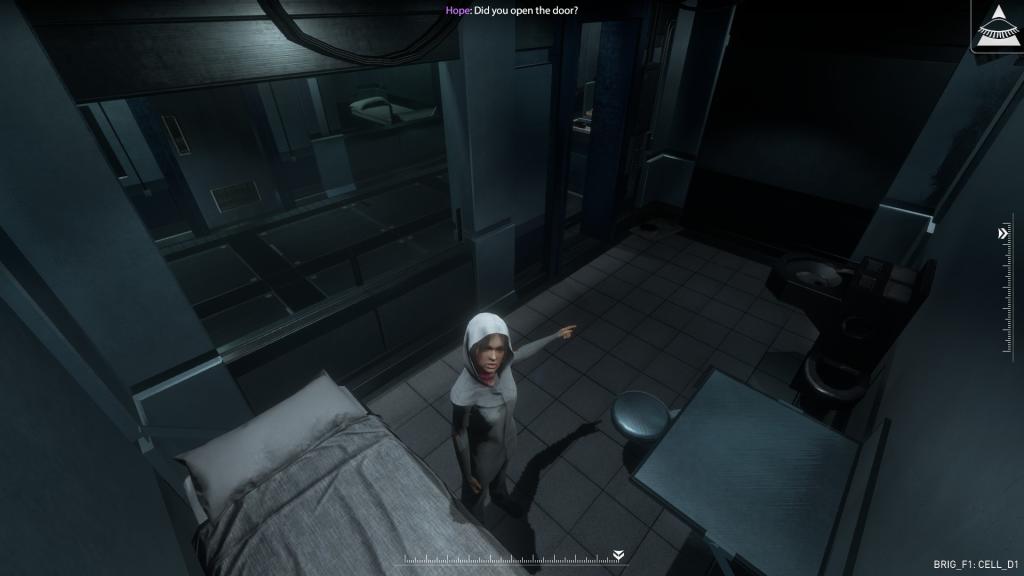 No, it was the magical internet fairy.

But this works a lot better. A simple click tells Hope that you want her to do something, whether it’s walk to a spot, lurk behind a statue, leap into a closet, or duck behind a counter, depending on context. While you’ve got near-omniscient vision due to hacking the cameras (of which there are lots, as this is a horrific dystopian society) she’ll alert you to the presence of enemies if they’re close, just in case you’ve wandered off to scout out ahead. There are all sorts of objects you can examine and upgrades you can purchase, letting you unlock new routes or snoop on emails. 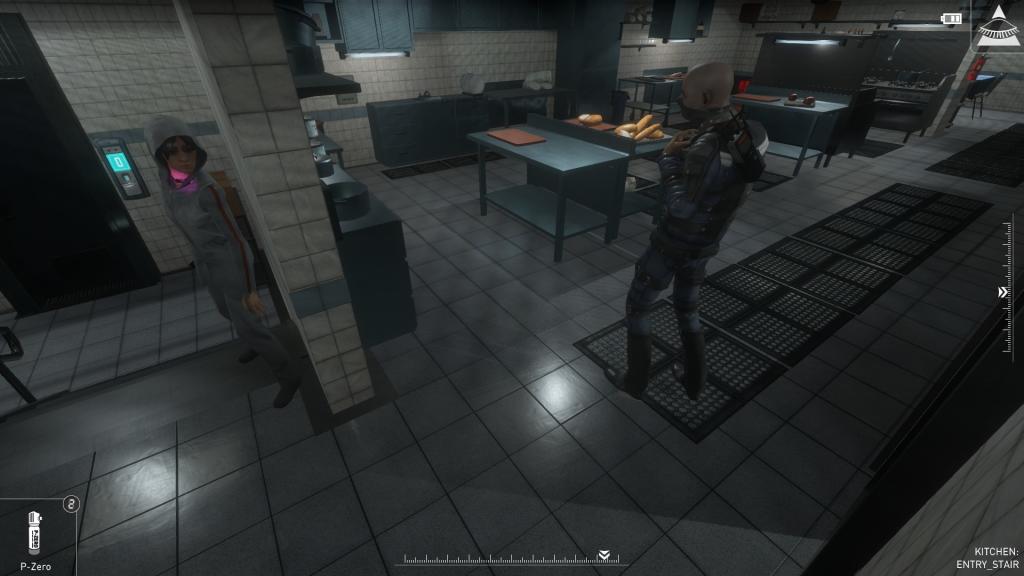 Hope can’t engage in combat, but some items you find – like pepper spray – can give you an edge in a bad situation.

I haven’t played much – unless I’m hitting an annoying bug, the preview code only offers a snippet of the game’s first chapter, and while the other chapters appear in the menu I don’t really want to jump too far ahead – but what I’ve played works really, really well. It’s simple but full-fledged, in terms of offering you a rather singular way of playing a typical hide-and-sneak stealth-’em-up.

It’s also well-written, well-scripted, and well-acted. Hope, voiced by relative newcomer Rena Strober, is basically pitch perfect, and Jennifer Hale makes a wonderful French antagonist (to someone who doesn’t speak French, anyway). David Hayter, Khary Payton, and a number of other known voice actors are also billed, so I’m going to assume that the rest of the game is also going to be buoyed by top-notch voice acting.

This is all going a bit review-y. Let’s talk specifically about the PC version. 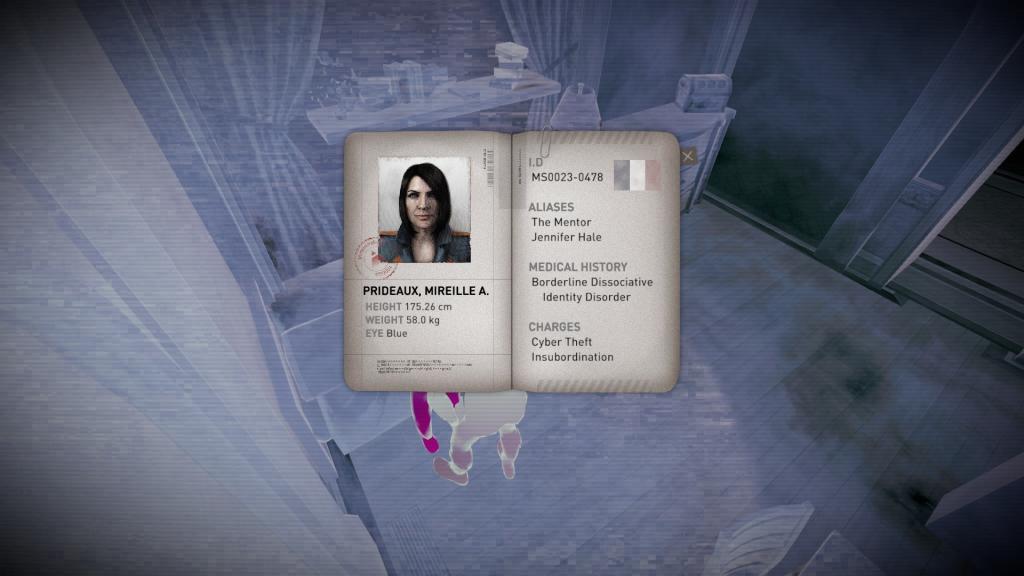 Everyone has a little ID thing you can hack into, to get a few more details on them.

Firstly, the interface works perfectly on PC. Pointing and clicking is as simple as it sounds, and camera views can be panned easily with WASD. Keyboard hotkeys bring up your map or switch items, and a tap of the space bar pauses the action so you can hop into another visible camera, think about your next move, or otherwise fiddle with various hackable bits in the environment. It’s definitely more focused on thinking your way through than on twitch-reactions.

It all looks splendid, too. The PC version is using the latest, shiniest version of Unity; while Republique Remastered doesn’t quite compare to Million Dollar Manshooter IX, it looks a lot nicer than I expected. You can pick holes in a few of the textures (not literally, thankfully; that would be sort of creepy) but the art direction is pretty damn stunning. I could talk more about this, but I think the screenshots on the page will do the job for me. 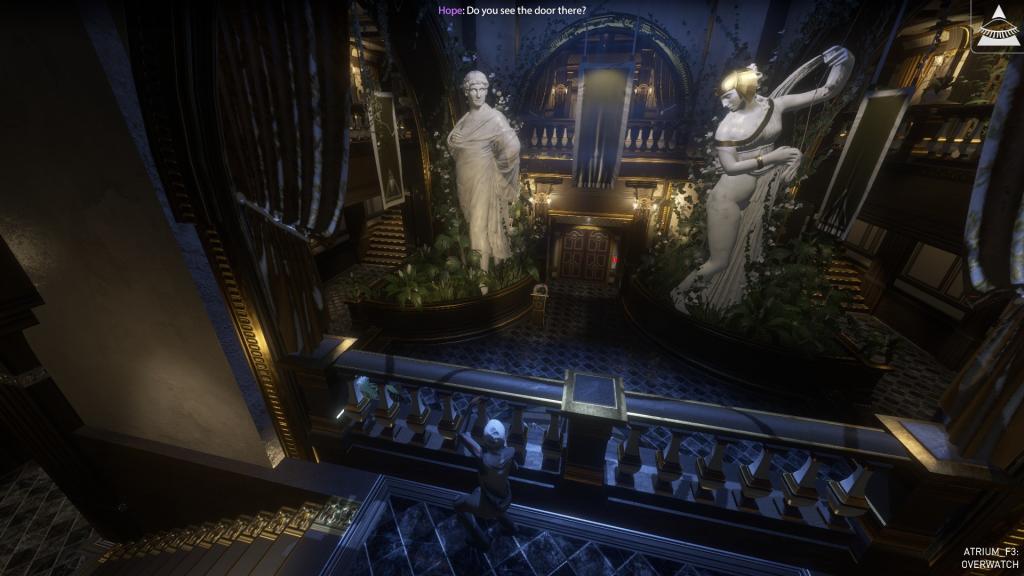 There’s one last thing I want to address, which is the framerate. This is something I probably shouldn’t talk about because, seriously, it’s preview code and it likely still needs to undergo optimising. But! There are a lot of tweakables in the options menu (more than expected), and despite the opening scene hiccuping regardless of how I set it up, everything else is smooth and lovely. So, hooray for that.

And now I’m pretty much out of things I can say. I’m impressed with what I’ve seen, though: Republique Remastered doesn’t feel like a crappy half-arsed port, and the game itself looks like it’ll hold up nicely. Lots will come down to level design, evolution of mechanics, and the like, but the early stages imply there’s a pretty solid core to the stealth, and the port itself is good enough that it doesn’t feel like a port.

It’s early days yet, but Republique might just offer something a bit different and a bit special. If nothing else, it’s worth keeping a futuristic, dystopian, Big Brother-esque eye on.

By Jason Rodriguez16 hours ago
Interviews

By Jason Rodriguez16 hours ago
Interviews