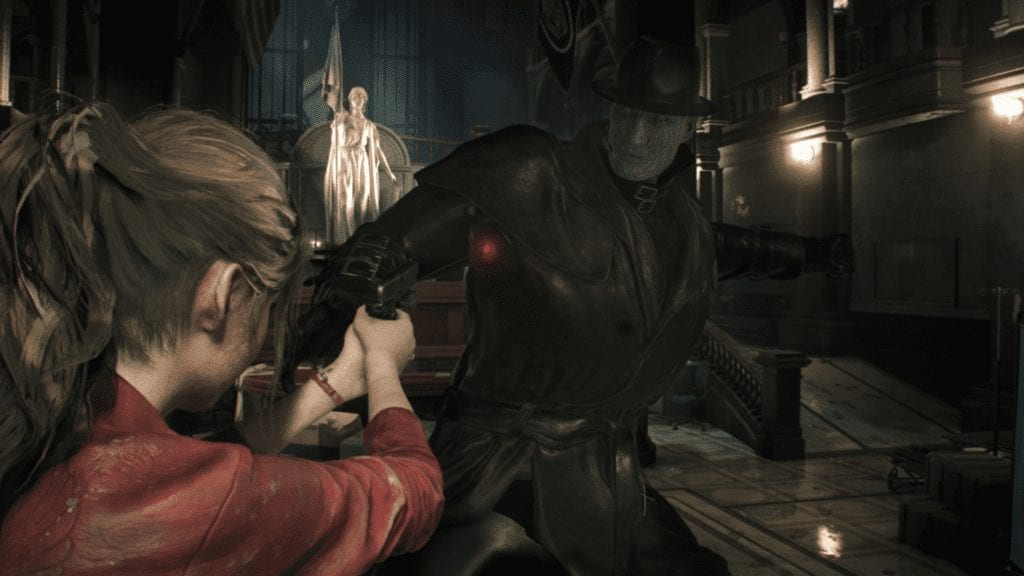 I’ve spent a fair amount of time with the Resident Evil 2 remake, and I love how Capcom didn’t just slap on a new coat of paint and release a remaster. The remake does an impressive job adhering to the design features that made the original a classic while still modernizing just about every other part of the game. But with that, there are certain design features that deviate from the original, and each of have their own quirks.

The original Resident Evil 2 heavily emphasized inventory management, and that hasn’t changed much. “Do I need this?” or “Will I have enough ammo if I leave this in the chest?” are all questions that you continually struggle with. Having played the original game helps a little, but a ton has changed. Those who don’t remember it clearly or are playing for the first time might feel lost when starting the game.

With that, I’d like to share just a few things that I’ve seen throughout my experience that might help you in your first run through Raccoon City.

Many of the Resident Evil 2 levels almost play out like micro-scenarios. For example, unlocking a new portion of the police station gets you a whole new slew of tasks to complete before you can move on. These come mostly in step-by-step interactions — do this thing here in order to get that thing there in order to advance the story. With each of these new scenarios, there usually comes a new set of challenges with what to carry with you in your character’s inventory. The first thing you need to attend to is your ammo carrying capacity. In this Resident Evil 2, there are some quirks to organizing your ammo and weapons. For instance, you can no longer select your gun and ammo and simply hit combine from the inventory menu. Instead, you’ll have to close out your inventory and reload. This is important because you don’t want to be stuck with a partially loaded gun when surrounded by enemies. The zombies lunge forward at random moments and are more relentless this time around. To help your organize ammo and conserve space, make sure you are constantly combining similar ammo types. If you have just a handful of bullets in an inventory square, check if you need to reload your pistol. It’s easy to keep pushing on without looking to see what’s on your body.

Along the way, you’ll start to find various gunpowder solutions littered throughout the police station. If you are in dire need of bullets, you might pick these up right away and craft a set. However, if you are still within the first few hours of the game, it might be wise to let these lay for the time being. As things start to get more intense in the latter part of the story, setting aside some ammunition could be more beneficial than carrying it around the whole time. Also, leaving them in a box inside a room that you’re likely to visit frequently instead of the official storage box could reduce the amount of travel and backtracking you need to do.

Ammo scarcity strategies also apply to healing items. There are times when you’ll pick up plants and wonder if you’re ever going to use them. First aid sprays, which completely refill your health, can be critical, especially early on. So, taking the time to store various plants to your inventory box can be more useful than leaving them behind. There are a number of different combinations to make with the purple, red, and green herbs. Some even provide you with additional shields from damage. Don’t be afraid to run away from certain enemies in order to conserve ammo and health. Standing there and plugging away at zombies for the sake of killing them wastes ammo, which leaves you vulnerable to attack. Instead, aim for the head to keep them at bay as you push past them. As you backtrack through the police station, you’ll usually encounter the same zombies twice, even three times. So, make sure that you aren’t taking on tons of damage and being wasteful of health. As you get further into the story, health becomes much harder to find. So, stockpile, mix, and hoard as much as you can early on.

If It Does Not Spark Joy, Let It Go

Managing your inventory throughout the game requires a conscious effort. Once you start opening up lockers around the police station, you’ll wonder if carrying certain items are worth it. Specifically, you might be wondering whether you should dump grenades to make room for special bullets. For the most part, explosive are important in situations where you need a quick exit. For example, if have a grenade equipped when a zombie lunges at you, you’ll have the option to shove it in its mouth and run away. But they’re not essential for getting through the game, so you can discard them if you’re not getting much use out of them. You’ll also come across a decent amount of gunpowder. If you don’t have the room in your inventory and are too far from your item box, you can discard it without too much worry.

You might notice that there are a number of open windows on the first floor of the police station. You’ll also find bundles of boards in various rooms, which are used to cover up said windows. If you don’t make a point of covering up these windows whenever you get the chance, zombies will flood in through them. Taking care of this vulnerability early on saves you a lot of time and energy in the long run. Your map will indicate which ones have been boarded up and ones that have not. It will even show you boards you’ve encountered but didn’t pick up. There’s nothing worse than running from a Licker or the Tyrant only to get attacked by a group of zombies.

I played through the original Resident Evil 2 in preparation for the remake, and I had almost forgotten how menacing the Tyrant was. In the remake, my encounters with him were nothing short of panic-inducing.

Once the Tyrant appears, it will pursue you through the station. This happens as soon as the fire from the helicopter is out and you can finally walk down that hall. Once he shows up, he will be in a relentless pursuit to crush you. Knowing this, you can gather as many items as possible to prepare for this event. You can’t progress any further in the story until you venture down that hallway, so be prepared.

When you do start to have your run-ins with the Tyrant, it’s good to know that you can at least slow him down. Landing four or five shots in the head will make him take a knee and halt his pursuit. This gives you enough time to run away and continue searching the station. It’s easy to waste heavy ammo like grenade rounds on him. But if you can pop him a good number of times directly in the head, you can save these rounds for the obnoxious Lickers that are still crawling around. The goal should be to have as little interaction with the Tyrant as possible. As you enter various rooms, you’ll often hear him stomping around and checking offices. If you walk slowly and sneak into a room without a window, he’ll often leave to another part of the station. The sound design of the game is superbly done. This also means that you have pretty good indicators how far he is based on how loud his footsteps are and the direction they’re coming from.

Here’s hoping that you make it out of Raccoon City alive. If you have any additional tips for playing the game, feel free to leave them in the comments below!