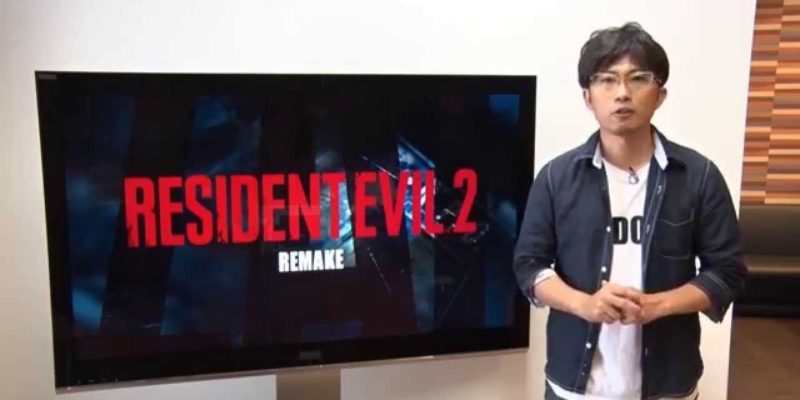 I write this with a hint of bias. The first game I played in the Resident Evil franchise was Resident Evil 2. I might have fibbed to my dear grandmother as to what the game was really about, but she finally gave in and purchased the M-rated title for me. That first encounter with Claire and Leon surely carried over the years as did my fanatacism for the survival-horror genre. That is one reason that I am excited for the Resident Evil 2 remake.

But, I think the most important thing regarding the remake is the community at large, generating enough buzz to bring the title to fruition. Yoshiaki Hirabayashi, seen in the video, talks about the “community” on Facebook making suggestions and voicing their “passion” to become the driving force for the decision to remake a game originally released in 1998. Not only that, Capcom is listening to what the fans have to say in order to shape the outcome of the feel of the game.

There isn’t a concrete date for the Resident Evil 2 remake. Heck, we’re not even sure the platforms that Capcom plans to release it on. If there is any indication with the prior two remakes, we will see a PC release alongside the current generation of consoles.

What do you hope is implemented in the game? Would you want a physical or digital copy?