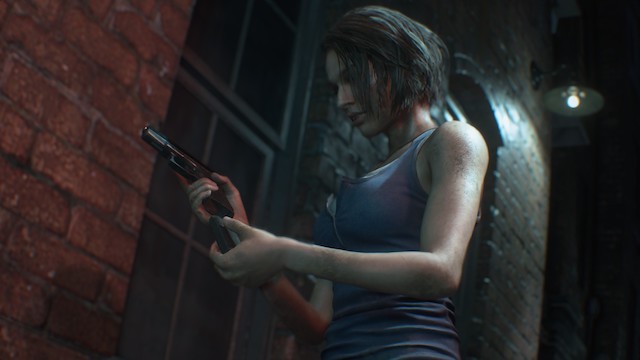 When it comes out this April, Resident Evil 3 Remake will have all kinds of nostalgic action to enjoy. But there are two particular items from the original title that will be missing when the remake launches.

Capcom producer Peter Fabiano shared information about the game in the latest issue of Official PlayStation Magazine UK. In it, he confirmed the remake won’t have any kind of unlockable Mercenaries mode. In addition, it also appears that it will have just one ending, not multiple ones.

Will this still make Resident Evil 3 Remake a winner?

When asked about the endings, Fabiano simply said, “No” when it came to them being included.

Without multiple endings, one has to wonder if the remake will include the options that came with the original game. In that, you could go down different paths, leading to unique circumstances over the course of the game.

But then there’s the Mercenaries mode. While the one found in the original Resident Evil 3 game wasn’t entirely deep, it was a fun unlockable for some. When asked about it, Fabiano said that it failed to make the cut as well. He didn’t state if it was due to a lack of development time, or if there just wasn’t any interest in including it.

Of course, there is a possibility that Capcom could patch these aspects back in later. But for the time being, players will have to focus on the single-player adventure that’s at hand, as well as the Project Resistance multiplayer game. That, along with the beautiful new hi-def presentation, should be enough for some. But the question is if they believe it’s the full package.

We’ll find out soon enough, as Resident Evil 3 Remake is set to arrive on April 3. If you missed it, you can check out the game’s debut trailer below. It’s available for pre-order on Steam now.