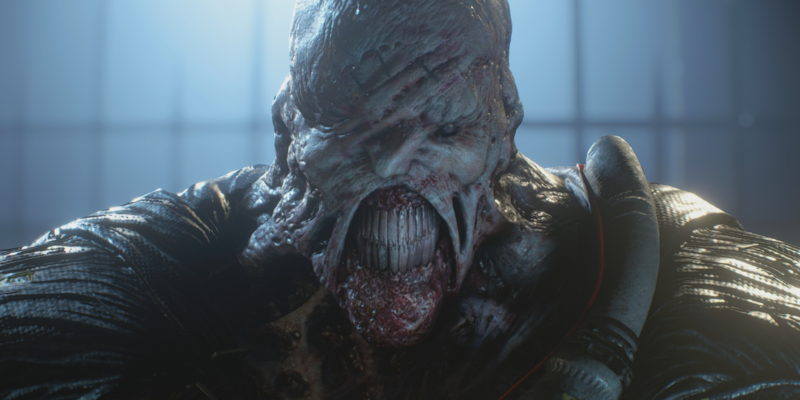 Everyone pretty much expected that a Resident Evil 3 remake was going to happen, most likely due to the leaks that started to flow prior to the official reveal. Capcom later pulled back the curtain, detailing the remake with protagonist Jill Valentine being thrown around like a ragdoll in its trailer. It also showcased the visible improvements of the RE Engine. After playing through the Raccoon City Demo on both PC and Xbox One, it’s easy to see why Capcom continues to perfect and rely on this in-house technology.

It’s really hard to compare these remake/reimagining titles to their original releases. For starters, movement, gunplay, and level navigation are all now very different thanks to the evolution of technology. However, the one thing that continues to be a focal point is the environment, obstacles, and enemies that lie within it. For the mutated hunter hot on your trail, Nemesis is both hurdle and death dealer. 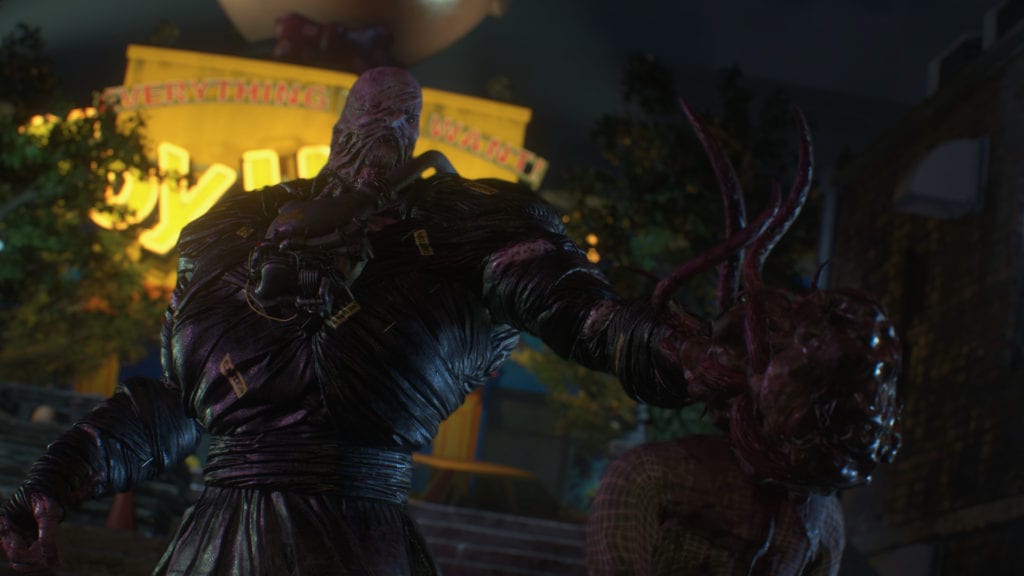 Nemesis’s ability to squash you like a bug was again proven in the 2019 remake. The thundering footsteps of Mr. X in RE2 were somewhat panic-inducing, gaining in pace and percussion until a door would practically explode open. Welp, that sensation of all-body panic is back in RE3. Even if you think you’re accustomed to the terror that comes with being chased, Nemesis is slightly faster and has a paralyzing yell. However, being able to dodge attacks in the demo made sliding past him fairly easy. He won’t show up if you don’t complete some of the final steps of the demo. Even so, unlike the Resident Evil 2: 1-Shot Demo, there’s no time limit. If you want to keep avoiding him to explore, you can, albeit with Nemesis right behind you.

Like in the original Resident Evil 3, you can mix gun powder to make ammo along with mixing herbs. The Resident Evil 2 remake borrowed some of these traits in its crafting system. 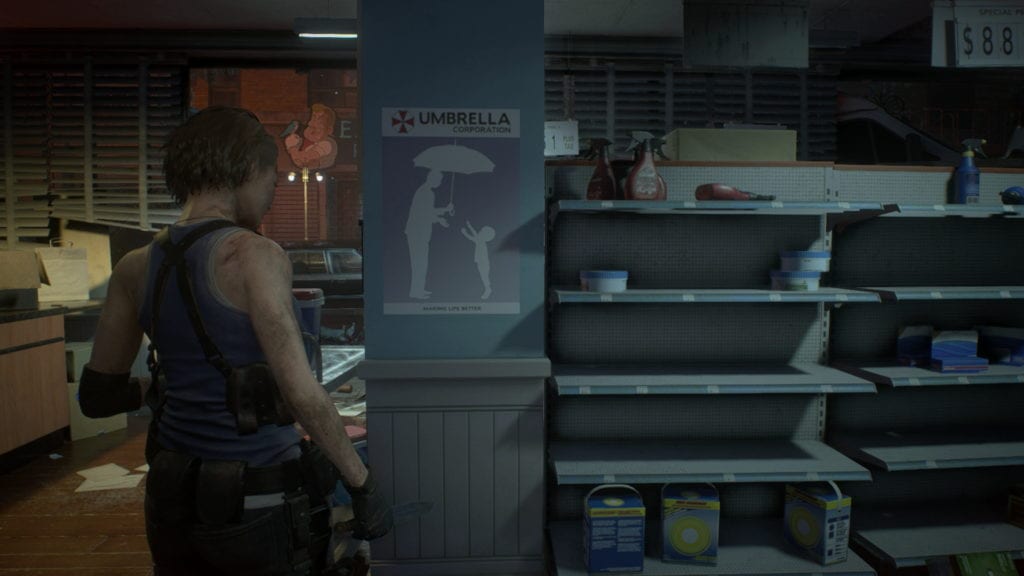 I hope that, in the final game, the confrontation between Nemesis and Jill feels like there’s more at risk or dodging has a higher failure rate. There is a noticeable change of pace between Resident Evil 2 and 3, even in the originals. It’s the same for the remakes as well. Jill is quick and able to scoot past most enemies with ease. Even so, Nemesis will chase you through city streets and fulfill his duty to hunt down members of the S.T.A.R.S. team. That means you, Ms. Valentine.

As Jill starts out on the streets, I found the general eerieness to be better framed in the remake. The skyline is noticeably much darker, with more suspenseful music chords striking in the background. Even with the city now portrayed much darker, it was still identifiable. This is also reflected in the variety of zombie types early on. The original RE3 had much quicker variants, something that is also seen in the Raccoon City Demo. Likewise, some are much quicker than those of Resident Evil 2 whether that’s compared to the remake or original. I’d be curious to see other changes like these, where the difference is palpable yet still recognizable. 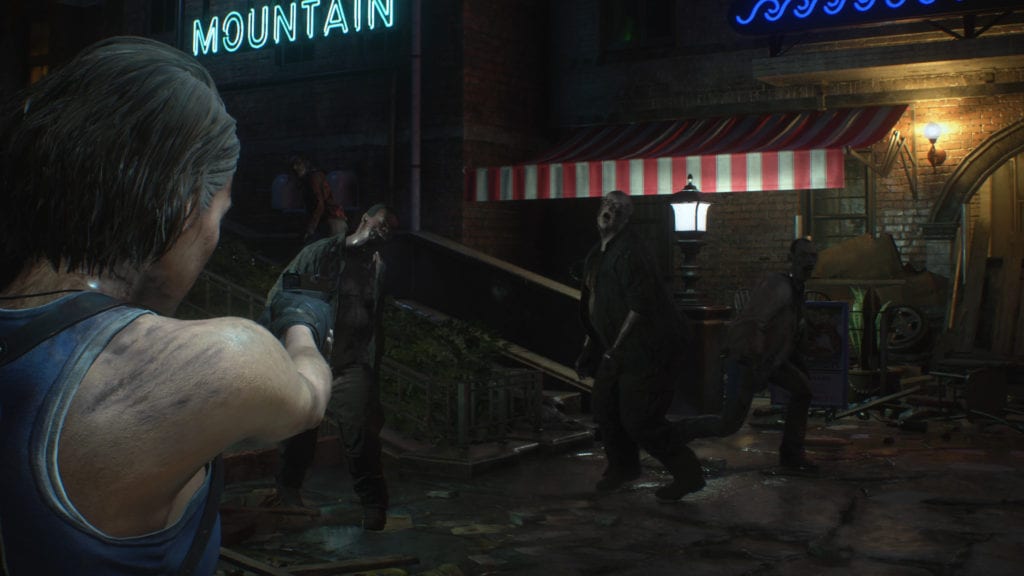 The one thing I was really fearful of in regards to the Resident Evil 3 remake was the fact that it would launch too soon after the Resident Evil 2 revamp. I guess I was worried it wouldn’t be as impactful. Both were PlayStation 1 titles with somewhat similar gameplay experiences. And indeed, comparing the remakes, there are times when the two experiences feel too similar, even if this is just a sliver of gameplay. It doesn’t quite turn the corner on feeling rehashed, but it’s more than just familiar territory. This is especially felt in the menu navigation, crafting, and other smaller details, like weapon and ammo pickups. Still, Resident Evil 3 does feel like the appropriate follow-up after RE2, providing a street-level glimpse of Raccoon City as told by someone else other than Leon S. Kennedy and Claire Redfield. 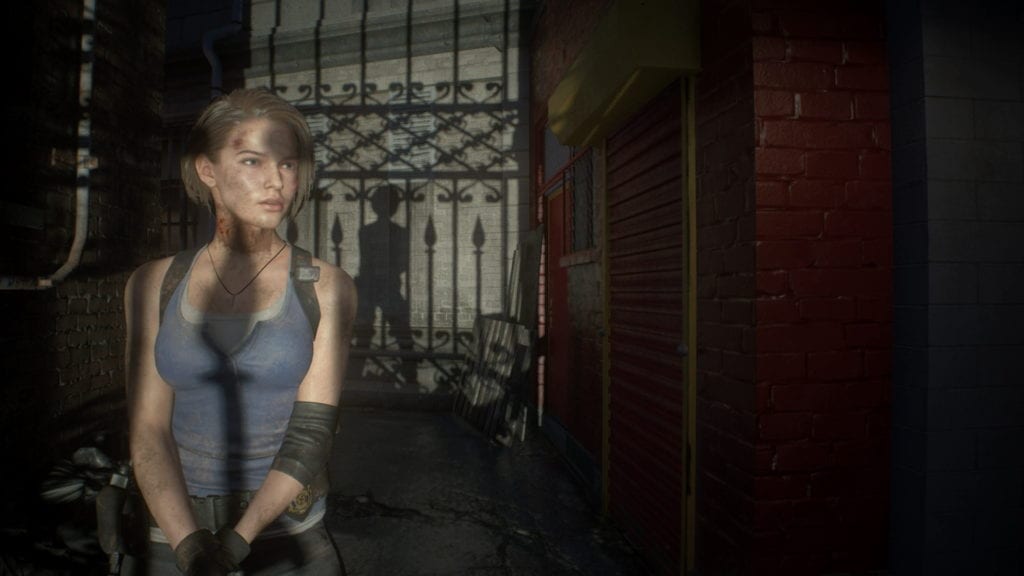 Being that this is only the Resident Evil 3: Raccoon City Demo, I’m curious how the rest of my hours will be spent, mostly considering the original’s notoriety for having a short story. I’d also like to see if this feeling of redundancy will fade after playing more than just half an hour.