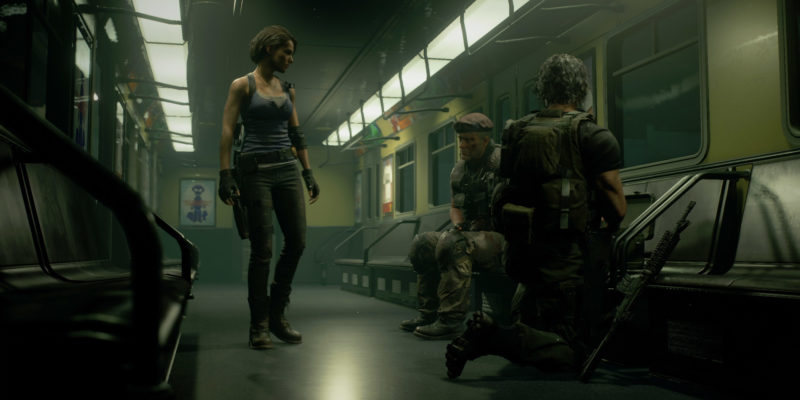 It’s 2020. Twenty years since I huddled in my house and turned on my PlayStation and learned the true meaning of fear when I first ran into Nemesis. And how to throw a controller over clunky controls and cameras. Well, Resident Evil 3 is just around the corner, and you can download the demo now on Steam. Will Nemesis show up? I’m almost too worried to install and see.

A taste of what’s to come

If you’re not caught up with Resident Evil 3, it centers on whack-a-zombie champ Jill Valentine, who teams up with Carlos Oliveira and the Umbrella Biohazard Countermeasure Service (They totally sound like good guys.) while a zombie outbreak threatens to overrun Raccoon City. While trying to save helpless civilians, and herself, Jill faces off against the unstoppable Nemesis. The demo will only allow you to play a section of the opening of the game, but that proved to be a successfully strategy for Capcom last year. A playable demo is a much rarer occurrence these days; I love them just so I get the chance to see how a game will run on my rig. Kudos, Capcom.

There are a few other newsworthy goodies. If you preorder Resident Evil 3, then you get a classic costume pack for Jill and Carlos. I don’t see why you’d use it though, because Carlos doesn’t have that sweet ‘do. The game also comes with Resident Evil Resistance, a 1 vs. 4 multiplayer game in the vein of Dead by Daylight where survivors face off against a Mastermind. There will also be an open beta for Resistance on March 27.

Meanwhile, you can pick up Resident Evil 2 and its DLC at a nice discount for $24.99 if you never got around to playing it. Leon’s hair isn’t as good as Carlos’, but it’s still worth a go if you haven’t played it.