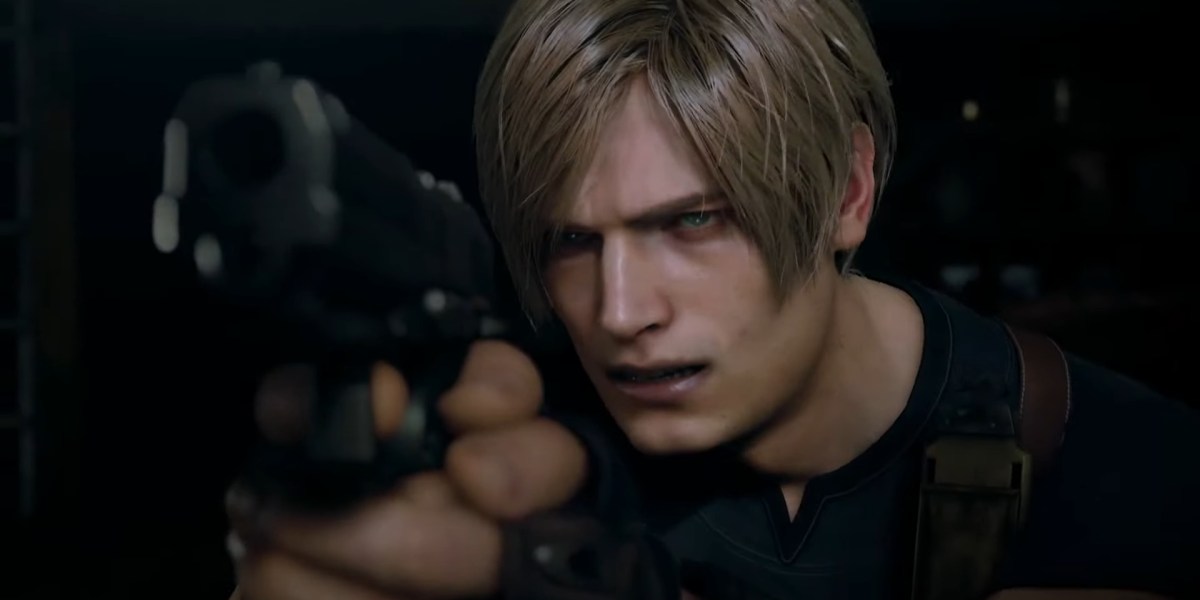 During a showcase today, Capcom at last presented some much-desired gameplay footage for the upcoming Resident Evil 4 remake. For the most part, the game certainly evokes memories of the 2004 survival horror classic. But, as expected, there are some very clear changes (and not just graphically). The remake is putting on a much more serious air and, while still campy, it’s not quite as campy as the original. At least, not from what we see in the new trailers.

That’s not to say the Resident Evil 4 remake is devoid of precious camp in its gameplay trailer. Oh no. In the pivotal early scene in the game, where Leon is being chased by furious Ganados, he does belt out a one-liner or two. “Bill me for the repairs later,” he yells to no one in particular after lighting a poor cow on fire by shooting an overhead lightbulb. Some of the cheesier lines are also heard in an accompanying story trailer. I guess we’ll know how well the original’s goofy charm meshes with the darker take of the remake.

And it certainly is darker. The “survival horror” atmosphere has been tuned up several notches, presenting a game far grimier and horrifying than the original game. I can certainly see the influence that recent Resident Evil games have made on the remake. In the early scenes, the aesthetic evokes Resident Evil 7, while the gameplay clearly has some Resident Evil 2 remake in there.

Something old, something new

Gameplay in the Resident Evil 4 remake has been enhanced. Leon is now equipped with a parry he can pull off using a knife. We also get a glimpse of the clean and minimal UI, in which it appears the knife has a cooldown. When insta-killing an enemy, the bar returns to zero before slowly replenishing.

A lot of what made Resident Evil 4 so memorable is making a return, however. Your inventory is still managed via the attaché case, which means plenty of item Tetris. The merchant also returns, and still sounds pirate-y. And while you can still sell, buy, and upgrade using the merchant, you will also be able trade certain “gems” for “special items.” The Genados themselves are getting upgraded with new ways to attack Leon.

“We’re paying respect to the original game’s world, while implementing new ideas and state-of-the-art graphics to strengthen the core concepts of the title,” said Producer Yoshiaki Hirabayashi during the showcase. “We think this game will provide a fresh experience — with a sense of familiarity if you’ve played the original — that both newcomers and veterans to Resident Evil 4 will enjoy.”

Capcom followed up the footage with a story trailer (seen above). And yes, the video shows both Ashley Graham and Ada Wong. Luis Sera also makes a brief appearance, in all his rugged, unshaven glory.

The developer capped off the evening of events with a look at special editions. There will be a Deluxe Edition of the game, with extra costumes, weapons, and a treasure map. A Collector’s Edition is also on the way, and contains a steelbook, digital soundtrack, a Leon figure, an artbook, a poster, and a box.

A Plague Tale: Requiem — How to defeat The Beast (Chapter 6)

By Jack Salter46 mins ago
News