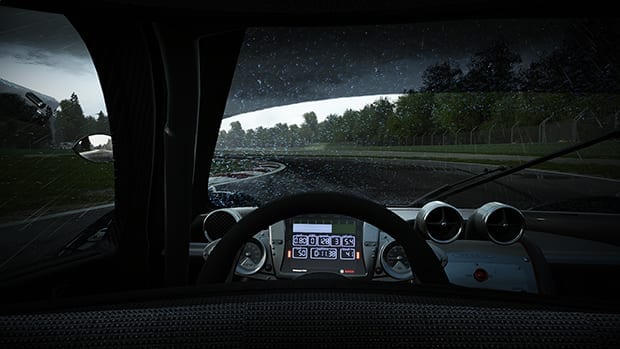 More than anything, the odour emitted by Resident Evil 6 is one of sequel-itis. Clearly, this is a series that has been negatively affected by two major issues, 1) a lack of new ideas resulting in 2) a mad rush to include Western design ideas.

The result is a haphazard mix of elements and scenarios that largely fail to fit together, largely fail to feel anything like Resident Evil and ultimately leaves a bad taste in the mouth. In short, after this, I fear for the future of the franchise.

Capcom has taken some of the worst (but most overused) ideas from Western game design and somehow made them even less enticing. Quick time events, an over-reliance on cut-scenes and hordes of enemies do their best to convince you that you made a mistake by continuing to trust this brand. Combined with more typical Japanese fair such as giant, crazy boss fights and awkward static environments (more than once a low chair proves too much to climb over) and here’s a game that doesn’t know what it is or what it’s trying to be.

A fusion of East and West that makes a great argument for segregation. 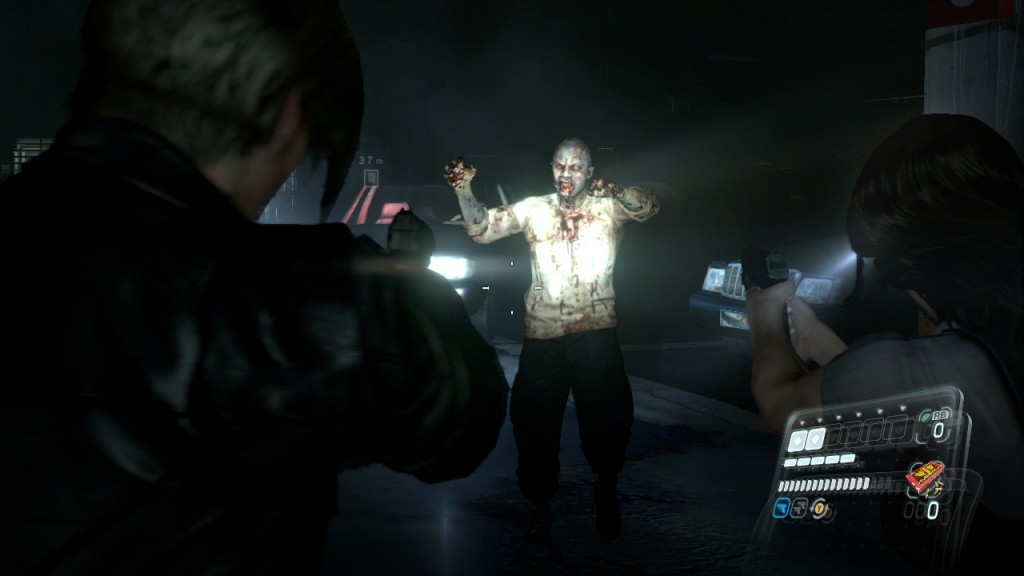 The pacing is a big part of the problem. Moments of action and very mild exploration are interrupted continuously by quick-time events and/or cut-scenes. It creates a stop-start nature to the experience that prevents you from ever becoming fully absorbed in the paper thin plot you’re being force fed, which is a great shame because the multi-campaign structure on offer is an interesting idea in principle.

Split into four, the overall narrative  can only be fully absorbed by playing through each character’s campaign. Leon, Chris, Ada and Jake view similar events from a different perspective in individual plots that are surprisingly long at about 6 hours apiece. However, rather than being an interesting examination of narrative structure a la Pulp Fiction, it’s tedium and dismay that ultimately take over; tedium in the sense that the story is not worth viewing from four angles, dismay in that whenever another of the main characters crosses your path you know you’re going to have to replay that section with them later.

All but Ada’s campaign can be played in co-op, which does alleviate some of the dissatisfaction due to the fact that there’s someone there to laugh alongside when the going gets particularly bad, but it’s hardly a game saver. If you decide to go it alone you won’t be crippled, though. To its credit, Resident Evil 6 has some of the most helpful AI buddies you can find anywhere and they’re as good at saving your life as they are ending the lives of others.

Ada’s campaign differs from the other three in that it’s more focused on puzzles than action, offering a change of pace that would be welcome if you’re patience hadn’t already been crushed by the other three. Chris Redfield’s campaign is essentially a third person shooter, complete with big, powerful guns, a lot of ammo and a final boss that is – quite simply – so dumb and low-brow that I’m starting to think (by means of cyclical continuation) it’s actually high-brow and smart. Jake Muller’s campaign is almost the polar opposite, a collection of heavily scripted moments which leaves you wondering why you’re even playing at all. 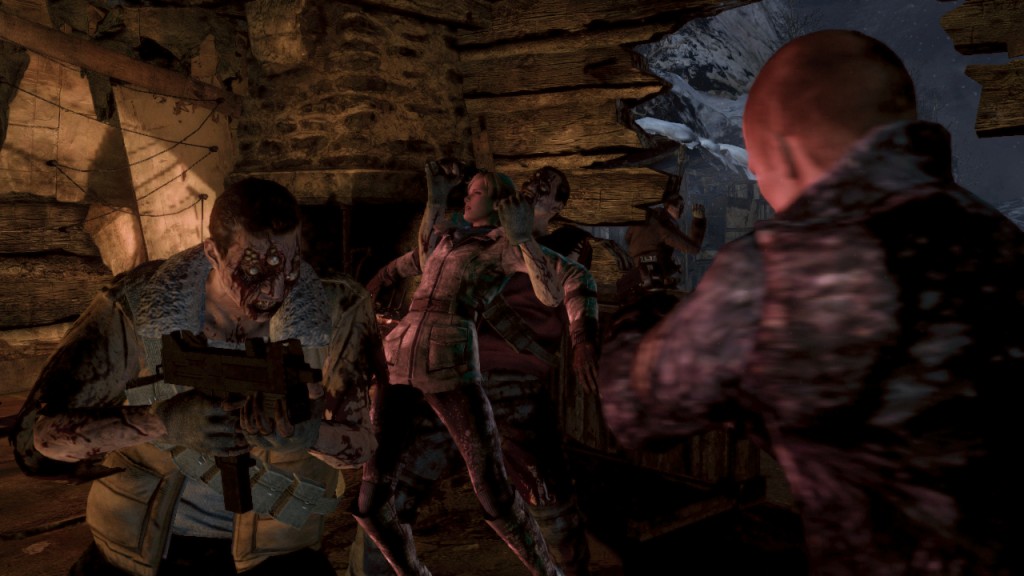 Leon Kennedy’s romp is closest to what we know as Resident Evil and does provide moments of genuine enjoyment – a moment towards the start of the game involving a father and daughter being a good example. Still, though, there are not enough of these to overcome the negative work done elsewhere.

There are just too many different ideas in Resident Evil 6 to make it work. One such example is the editable character upgrades that can be redeemed for skill points that are dropped by felled zombies or can be found in (poorly) hidden crates and destructible boxes. These skills range from the pointless to the darn right essential, meaning once I’d gotten three I wanted there was no point whatsoever in swapping them around.

My recommendation would be to save up enough skill points to unlock the perk that makes it easier to push zombies off of you (by spinning the left stick as fast as possible) and the one that allows your partner to throw a health pill down your throat when you’re bleeding out on the floor. The third one doesn’t really matter, just make sure you have both of those active.

Without the ability to wrestle zombies off of you more easily you find yourself spinning that stick forever… these zombies have clearly been working out. Without the chance for your campaign partner to provide some extra health you’re going to see that ‘You Are Dead’ screen a lot… a lot.

And that’s part of the problem. A lot of deaths means there’s been a lot of action and that means it’s not very scary. Even Leon’s campaign, the most ‘Resident Evil-y’, lacks anything in the way of suspense, fear or isolation. Sure, this is a series that left the terror vibe behind some time ago, but at least the more recent games have served up levels and ideas that have a fear factor behind them when you think about it. 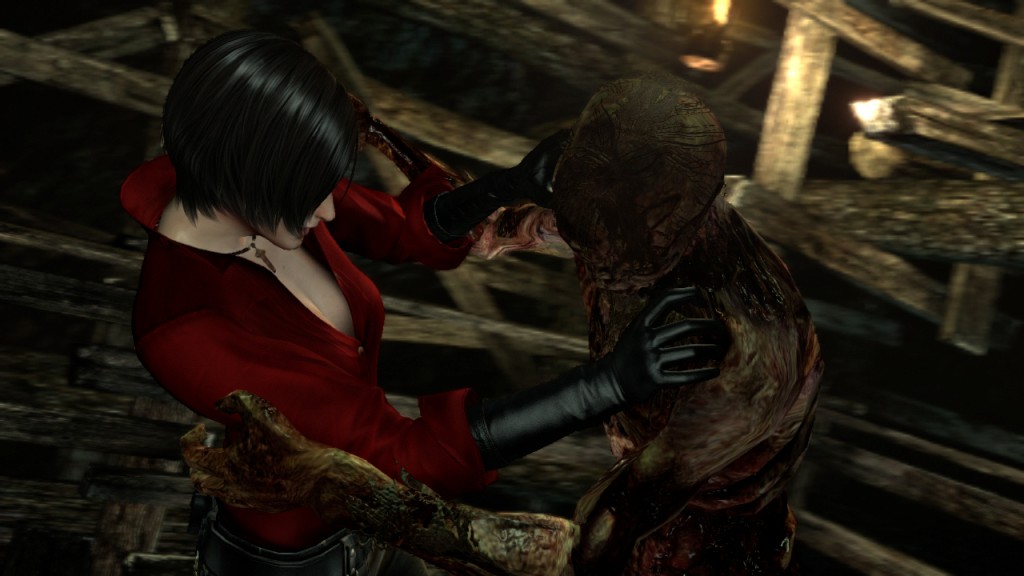 There are no such ideas here, partly because of the game’s structure and partly because the narrative doesn’t make any attempt to incorporate the eerie, mysterious or horrifying. Capcom needs to understand that an abundance of blood is not scary, it’s gruesome. They’re not the same thing.

Perhaps the worst thing about of all this is that the direction taken here is not all that surprising. The writing was somewhat in the wind with the action-packed style of Resident Evil 5, but that game got away with it because it was fun, had a story and location that worked well enough and provided plenty of nods and references to the series’ roots.

Resident Evil 6 is the continuation of the idea, only it feels like a game made by those that have only ever played Res 5 and don’t have the required knowledge to treat one of the most venerable series in videogame history with the respect it deserves.

It has nice graphics, though.