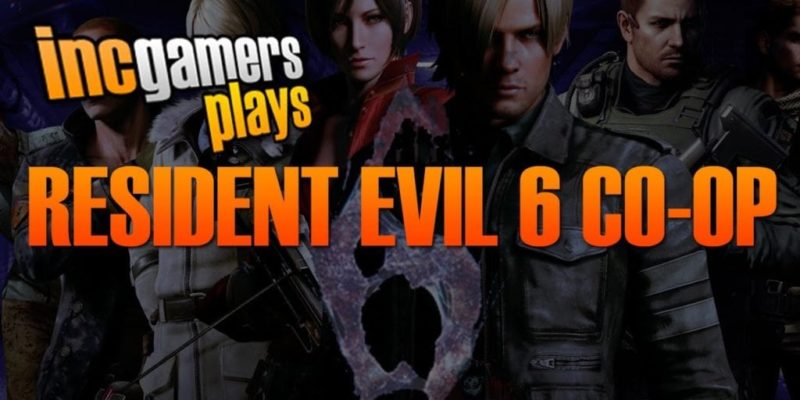 I rather like Resident Evil 6. This has confused me and weirded me out more than you might expect.

See, I tried the demo of Resi 6 when it came out on consoles last year, and loathed it. Clunky controls, an awful setup, and dull gameplay led to me quitting and deleting it before I even finished it. A little while later, I was linked to a NeoGAF thread explaining a bunch of control mechanics of which I wasn’t aware, and my curiosity was piqued. Not piqued enough that I downloaded the demo again, but enough that, when the opportunity to review the newly-released PC version arose, I took it.

And, um… well, despite my so-shaky-they-can-be-measured-with-the-Richter-scale first impressions, I like Resident Evil 6. I like it quite a lot indeed.

Before we get into the rotting zombie meat of the game, though, I want to briefly talk about the port quality, because that impressed me from the start. It’s not exactly amazing, graphically speaking – there’s some low-quality texture work in a few areas, amongst other things – but it’s well optimised, it rockets along at 60FPS, and there are a whole host of graphical options and FOV tweaks in the menus. I’d even argue that the keyboard and mouse controls are a damn sight better than the confusing and bleaaargh console controls. In short, this and DmC Devil May Cry indicate that Capcom is taking PC ports rather seriously, and this is a Very Good Thing which is well worth applauding in an early paragraph.

That said, the best port doesn’t mean much if the core game isn’t up to scratch. A gold-plated turd is still a turd at its core, and all that. This is where things get a bit weird. Bear with me.

What Capcom has done, basically, is take a huge number of slightly unusual ideas, fire them out of a cannon, and name the resulting splatter Resident Evil 6. It’s got cover and dodge mechanics. It’s got four campaigns spanning the same timeframe, which add up to tell one story. It’s got full co-op across them all. It’s got further co-op functionality in that, if you reach a point where two campaigns intersect, it will try to hook you up with people at that point in another character’s campaign. It’s got an Agent Hunt mode, letting you take control of the monsters in other people’s games so that you can fuck them over. There’s a huge amount of stuff here, and a surprising amount of originality and clever ideas within the campaigns themselves.

And each of those four campaigns focus on different mechanics! Chris, the rough-and-tough BSAA agent who was convicted of bicep-based watermelon-smuggling back in Resi 5, has a focus on all-out action. Jake and Sherry have stealth sections and a few bits where they’re running and hiding from superior forces, and a pursuing villain reminiscent of Nemesis from Resi 3. Leon’s early campaign evokes Resident Evil 2 repeatedly, complete with a gun shop and a cop on his first day, and focuses more on fighting traditional zombies than it does the mutating, gun-wielding J’avo that the other characters face. And Ada’s campaign (which was, on the console versions, locked until you finished the other three, and which should definitely be played last as it ties up all the loose ends of the story) has her solving puzzles, fighting alone (except in co-op), and running out of ammo regularly, in sections a bit more like what you’d expect from Resi 4.

This is important, because Resi 6 doesn’t really look or feel like a Resident Evil game, despite regularly referencing the rest of the series. You’ve got the familiar faces and the story fluff hits the right notes – blah blah bioterror blah blah B.O.W.s blah Umbrella blah blah secret conspiracies blah hidden laboratories blah blah global threat blah Ada’s got Constant Inexplicable Backstabbing Syndrome blah – but this is closer to Michael Bay’s take on a Resi game. There’s a car chase through the streets of a Chinese city, multiple fights against armoured helicopters, and more beautiful explosions than the aftermath of a cluster grenade going off in a firework storage facility.

This is not, fundamentally, a bad thing. Resi has always been cheesier than your average dairy farm (“master of unlocking”, “Jill sandwich”, “where’s Wesker”, “you may be able to prolong your life, but it’s not like you can escape your inevitable death”) and Resi 6 goes in that direction again, albeit with better-than-usual writing and voice acting. But this time it’s more action cheese. Less jump scares, more people leaping out of exploding buildings.

The one thing that ties all of these disparate elements together is the combat, and the combat is an utter joy. The problem is that the game doesn’t actually give you any real idea about how to play.

It tries, certainly. A prologue section tells you how to move, and aim, and shoot, and mix healing herbs into new easy-swallow pill form. You’ll probably figure out how to get in and out of cover after a little bit of practice. And then, chances are, you’ll assume that’s about it.

Which is bad, because Resident Evil 6 isn’t a cover-shooter, nor is it a game that plays particularly like past Resident Evil games. It just looks like it, and the game does nothing to disabuse you of these notions. Without some research and experimentation, you’ll probably never get the hang of how you’re meant to play – or even half of what’s possible – and will, much like I did with the demo, get frustrated and bored and give up. You’ll get into a fight with a bunch of J’avo, sit in cover, exchange gunfire, and probably die.

What you should have done, obviously, is shoot one of the J’avo twice in the head, charge at him and flying kick him off a ledge, elbow another in the face, grab his weapon and smash the heads of everyone nearby with it, drop a remote bomb, take cover until the others get near it, detonate it… then leap out of cover, counter-attack the bastard that snuck up behind you with a well-timed button press, dive into a slide to dodge an attack that can’t be countered, and – while lying prone – shoot the last remaining enemy until his head explodes. Which is a damn sight more entertaining and impressive than the alternative. (One of these things isn’t actually possible when fighting J’avo, but shut up and go away.)

I’m all for games letting you work out their mechanics, but to put this in perspective, I played Resi 6 for almost 40 hours and I only figured out one particular thing after the 30 hour mark. Hell, I learned about another mechanic when I went looking for that NeoGAF thread again so that I could link it in this review, and that was half an hour ago. The game is rubbish at teaching you how it works, and that’s a shame, because the combat is great. Get good at it and it starts evoking Vanquish, of all things, in terms of the way combat just flows.

The game’s focus on combat is spotlighted by the generous Mercenaries mode, which features all 10 levels (the console versions got three, with the other seven as DLC). Mercenaries should be familiar if you’ve played Resi 4 or 5; you have an arena, a time limit, and a score. Kill as many enemies as possible within the time limit while keeping the combo count up to score big points and unlock the next level. Mercenaries is easily my favourite part of Resi 6, not least because it shows off all the nuances of the combat and pretty much forces you to learn how to actually play if you want to do well, and there’s enough content tucked away in there to pretty much justify the asking price by itself if you’re into that sort of thing – and in a week, it’ll be expanded further with Left 4 Dead 2 content. There’s even a PC-exclusive No Mercy mode which drastically ups the enemy count, if you get really good.

In short, if you were put off by the relatively rubbish console reviews of the game… well, the PC version is a wee bit better. Some issues (like the camera) are mostly fixed; others, like the 60FPS change and the controls actually functioning properly on mouse and keyboard, are entirely welcome. It’s also worth noting that this is £19.99 compared to the original release being £39.99 on console; I might have been a bit disappointed had I paid that price, but £20 is rather good value for money, particularly when you consider that the campaigns alone will likely take 25 hours.

If you were put off by Resi 5 being awful… well, this is a lot better. Yeah, okay, you’ve still got an AI companion if you’re not lucky enough to have a co-op buddy, but they’re pretty much invulnerable and come with unlimited ammo so you don’t have to babysit them, and they cope admirably in the sections when the two of you get separated.

If you were put off by Resi 6 not sounding at all like past Resident Evil games… well, you may have a point. But if you can get over that and start treating it as an action game within that universe, you might just enjoy yourself.

That said, some of the big ideas here don’t quite work. The campaigns aren’t overly well-paced – some sections are a slog, and others, particularly ones with a fixed camera position, are physically painful to play – and while usually good, they’re rarely great. The division into four campaigns is a nice touch, but play them straight through and you will spoil certain events for yourselves (I followed a “recommended chapter order” guide which had me hop back and forth between campaigns, and that worked rather well). The reload button is the same button as “pick up items”, which is stupid for very obvious reasons. While the game checkpoints regularly, it saves your actual progress rather infrequently, so quitting out is a crapshoot. The game is intensely linear; even Resi 4 had a few sections that let you just wander around and explore rooms in whatever order you wanted, and that very rarely happens here. The controls take some getting used to, even when you know what’s possible. The inventory system is bloody appalling.

Resident Evil 6 is a B-movie game. I hasten to add that this isn’t a bad thing (particularly as I’d describe most of the series like that) – it just might require a certain perspective and mindset to really enjoy it. It’s heavily flawed in some respects, but these are mostly things that are easy to ignore as long as you don’t take it too seriously; while the game is far from perfect, it’s usually at least fun.

In fact, I’d say it’s a bit of a guilty pleasure – it’s like buying a birthday cake for no real reason and just eating the entire thing by yourself in one sitting. You’ll enjoy yourself more than you have any real right to, but you’ll probably feel a little bit ashamed. That’s Resident Evil 6.