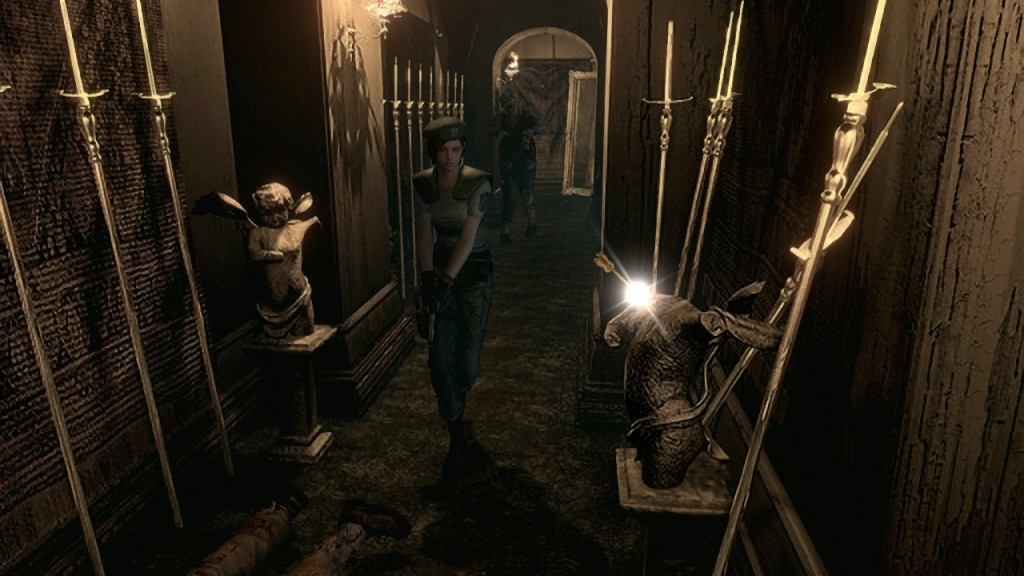 Capcom will be sprinkling the HD powder over the original Resident Evil for a re-release of the survival horror title in 2015. Resident Evil has already been “remade” once, back in 2002, when new features and visuals were added to the game. This HD version will be based on the 2002 release, not the 1996 original.

Capcom claims it’ll be using “the latest resolution enhancement and 3D model technology” for this, but only goes so far as to mention 1080p in the press release. The PC version will probably go higher if you make use of external downsampling tools. Both 4:3 and 16:9 aspect ratios are confirmed, but no sign of 16:10.

The sound is said to be remastered too, adding 5.1 surround support.

Classic “tank controls” will be returning, but there’ll also be an option for characters moving in the direction of the analogue stick “utilising the standards of the current generation of gaming.” You can even switch between them on the fly during play, if you want to really confuse yourself.

Here are a bunch of screenshots from Resident Evil HD. Maybe you, the master of looking at screenshots, should view them. The game should be out in early 2015.