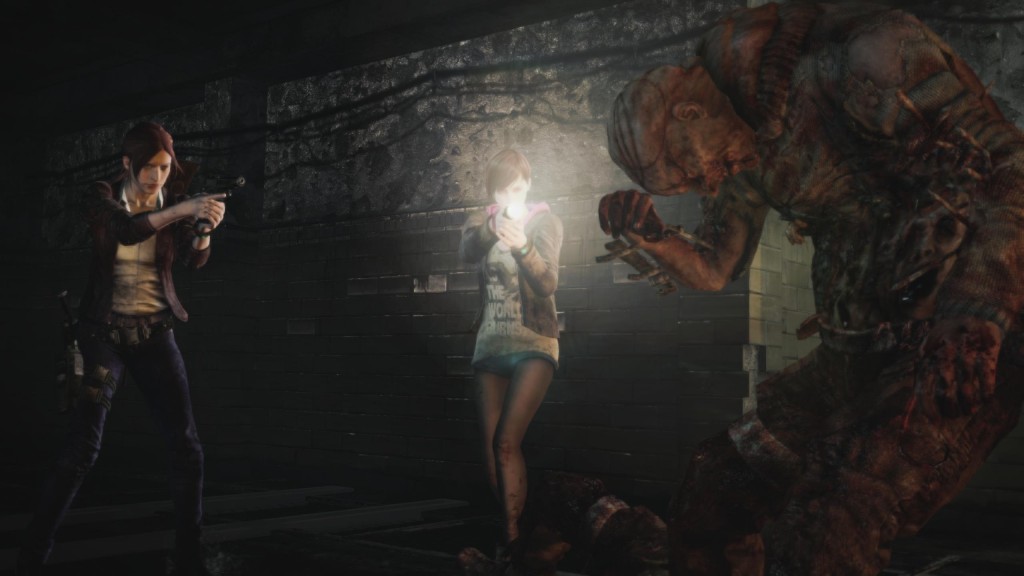 Resident Evil Revelations 2 is a rather confusing episodic game, insofar as each “episode” will actually be released weekly, and the game will be available in three differently-priced options, all of which come with different extra content. It sees Claire Redfield (sister of Resi 1 protagonist Chris Redfield) and Moira Burton (daughter of the highly quotable Resi 1 Jill Sandwich-maker Barry Burton) trapped in abandoned detention facility, which isn’t actually all that abandoned because it’s full of horrible zombie-like monstrosities called the Afflicted.

I’m not even going to try to go over the nuances of the various purchase options available, because I already did that here. I’m also not going to go over the nuances of the plot, because it’s a Resident Evil game and the plot is almost certainly going to be madder than a sack of T-Virus infected sharks (which I suppose could be this game’s plot, but I’m not sure it’s quite mad enough). I am, however, going to stick a nice big gallery of all the newly released screenshots just below.

The first episode of Resident Evil Revelations 2 is due out in early 2015, with the remaining three episodes to follow each week thereafter.

Borderlands: The Pre-Sequel’s DLC lets you play as Handsome Jack

Guild Wars 2 Echoes of the Past launches

By Andrew Farrell18 mins ago
News