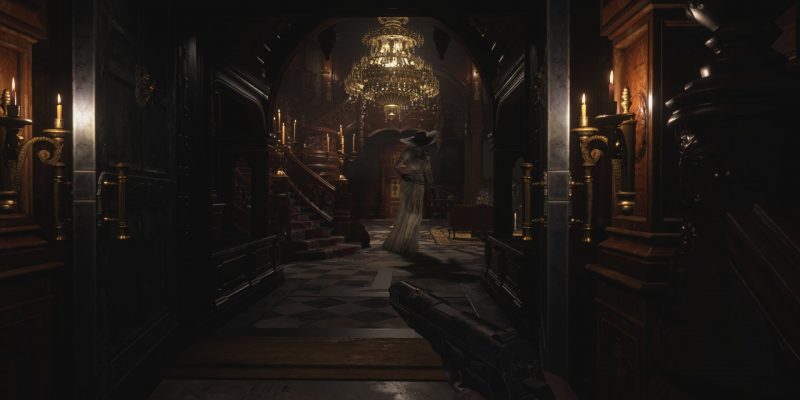 The internet made a giant fuss about her, but Resident Evil Village requires you to beat Lady Dimitrescu all the same. A lot of people will be sad to put her down, but they’ll at least be happy that she looks a little different while you’re fighting her. As she’s the first boss fight in the game, she’s honestly quite easy. I’m not actually sure how she stayed alive all this time, considering.

When the fight begins, Lady Dimitrescu will follow you around in a circle. To make things extra easy for us, she’s always totally vulnerable. Don’t let her get close enough to attack, but shoot her with your pistol or shotgun when you see an opening. As long as you keep moving, she probably won’t be able to hit you. After a bit, she’ll get sick of walking around and will fly into the distance. She’ll also summon a horde of flies that she’s happy to send your way.

But, you can stop her. Switch to your rifle and shoot her in the face when she does this. After a bit, she’ll return. Occasionally, she’ll summon a swarm when she’s chasing you around the perimeter. Just do your best to evade these. After you do enough damage, you’ll enter another phase of the fight and you’ll have to go upstairs to the top of the tower.

There’s not much to say here. Keep shooting her with your pistol or shotgun and she’ll eventually die. This is certainly the easiest boss in the game, which makes sense considering that it’s also the first one. After you win, a cutscene will play and you’ll fall all the way down. After this, you can’t return to the castle, so I hope you did everything you needed while you were here. Well, now that the meme lady is dead, we can finally move on and talk about the rest of the game. Huzzah. 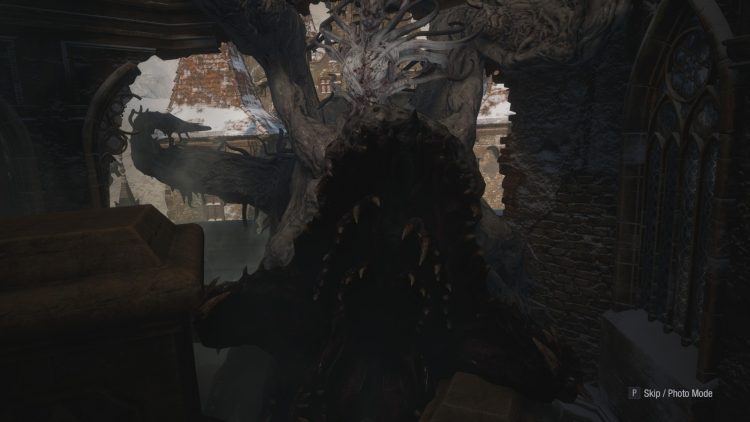 Resident Evil Village: How to open the crest gate and find the crests

Marvel’s Guardians of the Galaxy — Quick tips for prospective guardians

Marvel’s Guardians of the Galaxy — The best perks

Inscryption boss guide: How to beat Magnificus and complete Act 2