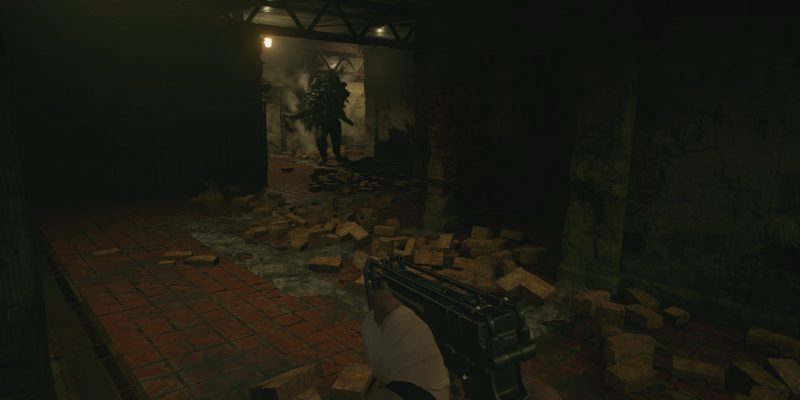 Sturm is one of the tougher bosses to beat in Resident Evil Village. That’s not a particularly high bar, sure, but he’s not as hard as the last one. You know, the one with the hammer and the waves of dudes. That sure was fun, wasn’t it? This fight takes a bit more strategy. It’s kind of weird that a failed Heisenberg experiment is more of a threat than all four of the Lords themselves, but, hey.

Much like the Moreau fight, this one doesn’t start until you walk forward a little bit. Once he smashes through the wall, he’ll get his propeller stuck for a bit, which gives you a bit of time to get out of the way. The thing to keep in mind is that Sturm can’t change his trajectory once he starts his run animation. Watch his feet, as soon as he starts to run at you, sidestep to the left to dodge his attack. Since he’s got a propeller on his face, he does a lot of damage, so you’re going to want to stay away from him as best you can. Since you sidestepped, he’ll get briefly stuck on the wall.

Much like the enemies with reactors in their chests in the factory, Sturm’s only vulnerable spot is his reactor. Only, his is on his back. When you get him to run into walls, he gets stuck, so run behind him and shoot the reactor. I prefer to use a shotgun, because I always prefer to use a shotgun. The important thing is to always keep track of where he is. Sturm can break through many of the walls in this area, so if you lose him, he can slam into you from the side and put you in a near-death state. 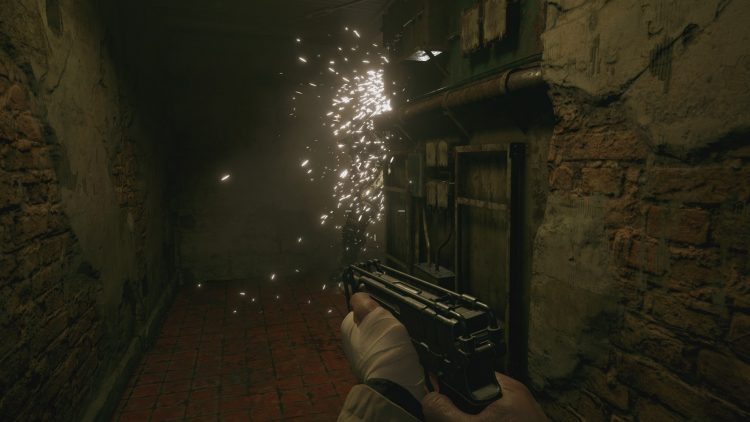 When you see him, don’t start running. Put your back to a wall and wait for him to start charging. Then sidestep. You can run back and forth between two points doing this if you prefer. You can also run at an angle if you don’t feel like sidestepping. Once he’s stuck, you can shoot him some more. But things can’t always be this easy, can they? After you shoot his reactor enough times, he catches on fire. This is where things get tricky. When he’s on fire, not only does he leave burning trails wherever he goes, but he doesn’t get stuck as much.

After charging at you and hitting a wall, he’ll immediately turn around, not giving you time to attack his weak spot. After he catches on fire, though, you’re going to immediately want to seek out cover, because Sturm will launch fire at you if you’re in his eyeline. If you’re not, he’ll charge at you, which can hit you through walls. As such, it’s better to bait the fire attack. When you see him charging it up, get behind cover until he stops. You’re going to want to focus on dodging him when he’s on fire. You can still shoot him in the reactor, but it’s tougher. Eventually, he stops being on fire, which means he will get stuck in walls again. Be warned, though. After you do enough damage, he’ll catch on fire again and you’ll have to repeat the process.

Just keep the pressure up and Sturm will crumple into a heap eventually. And, yes, he leaves a treasure behind. All these monsters gotta turn into treasure. Weird, wild stuff. 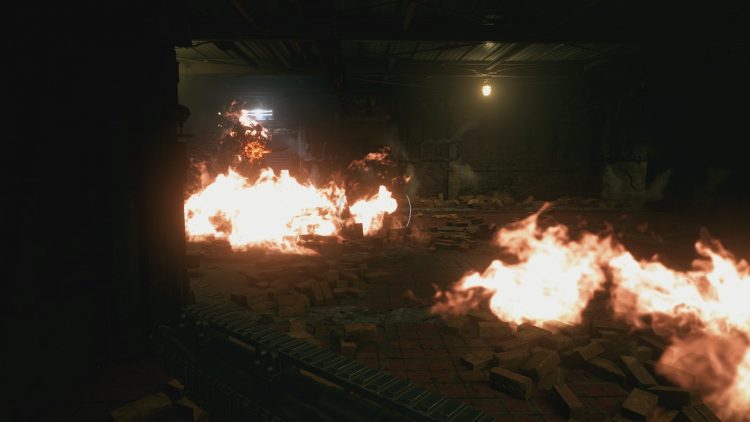