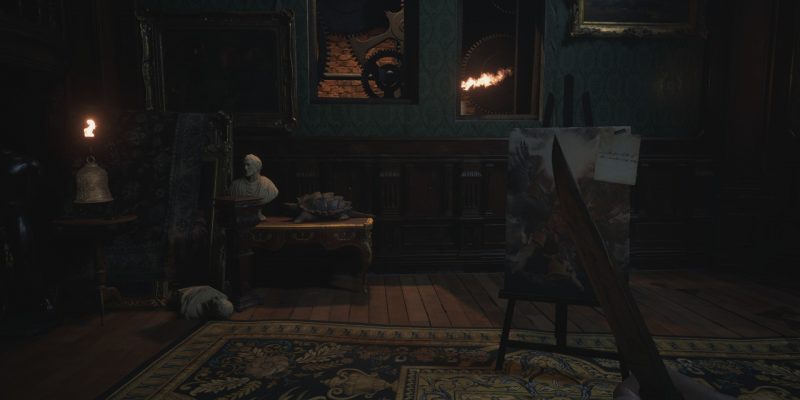 The Mask of Rage is one of the four masks you need in order to unlock the castle boss fight in Resident Evil Village. Getting it takes a bit more work than the others, but isn’t too complicated. Just be prepared to do some running. The room containing the Mask of Pleasure has a green door. Go through it and you’ll see a painting with a note on it that mentions ringing five bells. In case it isn’t obvious, there are five bells you can hit in this room that will open the way forward.

The easiest bell to spot is on a table to the left of the painting. Unlike the others, you can hit this one with your knife. Make sure and grab the handgun ammo in this room, as you’ll be shooting a few times. Next up, there’s one in the gears behind the painting, swinging back and forth. It’s not hard to hit at all, so just watch it and wait for the right time. Another one is on top of the tall piece of furniture behind where you’d be standing while looking at the bell painting. Only, that one is extra tiny. Regardless, you can shoot it all the same. 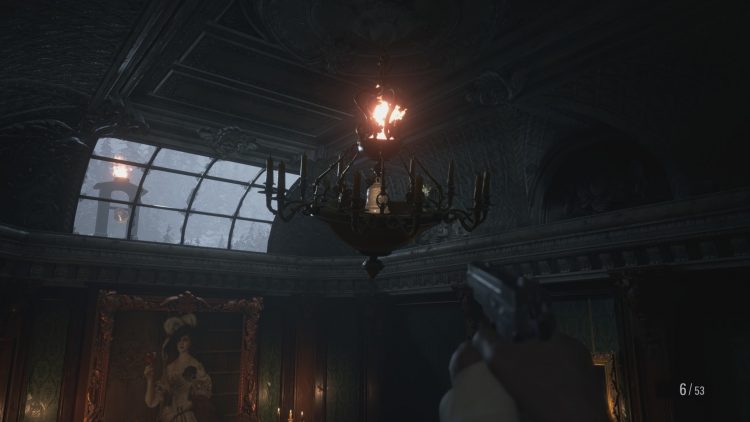 Climb up the ladder and grab the rifle, but watch out for the enemy in the alcove. Head out onto the roof and you’ll see a bunch of flying enemies. There are quite a few of them, so you might want to run instead of fighting them all, as they can eat up quite a few bullets after you drop enough of them. As long as you’re running, they typically won’t be able to hit you. If you do want to fight them, though, they drop either a fair amount of money, or a treasure worth a similar amount. As bullets are 150 lei a piece, it is actually financially advantageous to fight them, but your mileage may vary.

You’ll need to run up slopes on the roof to get where you’re going, all the while watching out for enemies. You’re looking for a yellow zipline, which is hard to miss. After using it, the mask will be yours. You’ll want to return downstairs via the elevator, but Lady Dimitrescu will show up shortly after. Be quick or she’ll slice you to ribbons. This is probably the last mask you’ll need to find, and you won’t want to place them on their pedestals while she’s stalking you, so I’d recommend losing her first.

Resident Evil Village has plenty of twists and turns throughout the game. If you need more help progressing through the more confusing bits, check out our guides and features hub.