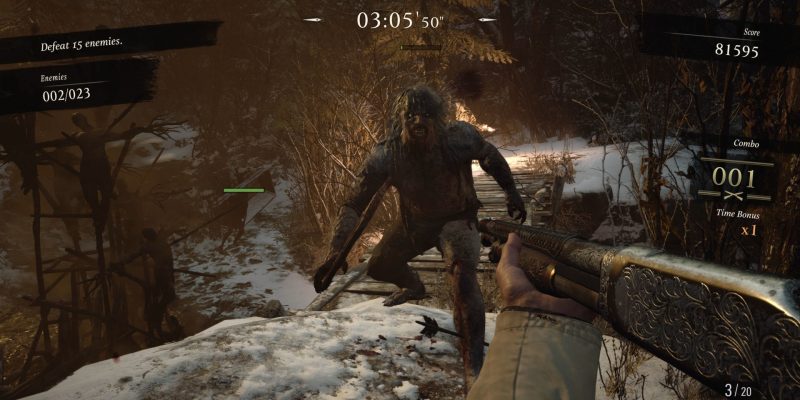 For fans of Resident Evil, your proverbial cup has runneth over when it comes to new content. Resident Evil Village looks to be another slam dunk for the series, and even the upcoming CG and live-action movies show promise. Now, during today’s Resident Evil Showcase stream, you have some more good news that fans have been waiting for. Namely, that there will be a Resident Evil Village Mercenaries Mode included with the game.

Mercenaries Mode has been a fan-favorite game mode in the series for years. It dates all the way back to Resident Evil 4, and has also been included with Resident Evil 5, and Resident Evil 6. There was even a 3DS game called Resident Evil: The Mercenaries 3D, and it was awesome. Mercenaries Mode is a fast-paced, arcade-style action mode that pits players against waves of enemies. You must defeat a certain number of enemies and make your way to a goal on the map to complete the stage. You are then scored for enemies killed, time remaining, combo count, and more.

Thankfully, Capcom listened to how many fans were asking for this mode to make a return. Even better, the Resident Evil Village Mercenaries Mode is included for free with the game. But you will have to beat the main game first before you can access it. Village also adds a few new wrinkles to Mercenaries Mode this time around. There will be a shop that you can access between stages run by The Duke — the same corpulent fellow who runs the shop in the main game. There you can buy items, new weapons, and upgrade your existing ones.

Another new feature being added is abilities. Throughout the level, you will find glowing spheres that let you gain one of three abilities. They seem to be generated at random, but that is only a guess on our part. These abilities seem to have a lot of range as well. Some boost your movement speed, while another increases the power of certain types of weapons, and there’s one that beefs up the strength of your guard. There are also some wild ones like “Corpse Combustor,” which will cause enemies to explode on death. That ability will definitely be of help when facing a large group.

What we don’t know yet is if this mode is single-player only or not. If it isn’t (and I really hope it isn’t), we don’t know how players can connect or play together yet. Time will tell as we move closer to the game’s release on May 7. You can check out the game right now on Steam, where a single-player demo will be releasing next month on May 1.