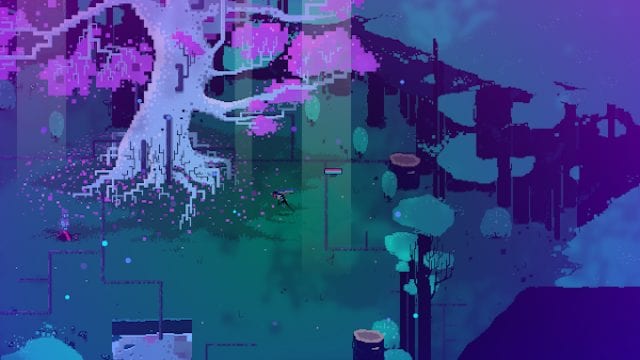 Those of you seeking out a new Legend of Zelda-style adventure may want to pay attention to Monolith of Minds. The development team announced a new project today by the name of Resolutiion. (Yes, with two I’s.)

Set to be published by Deck13 Spotlight, the game puts you in the shoes of Valor. Over the course of your journey, you escort a “curious” AI through a terrorist network. It’s a job that’s easier said than done, as the grim cyberworld harbors many enemies. Whether you’re playing the hero or the villain is uncertain; it’s just something you’ll have to find out along the way.

What is Resolutiion all about?

The game gives Valor the opportunity to unlock new abilities to defeat enemies, as demonstrated in the announcement trailer below. You’ll have to use these to survive the harrowing, gruesome boss battles and enemy skirmishes.

Richard Beyer, one of the brothers developing the game, considers Resolutiion “an artistic expedition through a futuristic nightmare.” The trailer certainly sets that kind of tone, with big and small threats alike trying to crush your character.

“Our goal is to combine the fun we had in our childhood with a multi layered story which hopefully will make the players thoughtful,” he explained in the game’s press release.

The duo also dubs Resolutiion as a “true homage to the classics of the SNES era.” That said, it does seem to have some similarities to the more recent game Hyper Light Drifter in terms of art style and gameplay. Feel free to look for yourself in the trailer.

Resolutiion doesn’t currently have a release date. However, Deck13 Interactive did say it would release sometime next year. In the meantime, the trailer delivers in terms of the sheer excitement with each battle you come across. That giant Pac-Man thing alone is enough to give us shivers.

Check out the trailer and look for more information soon!