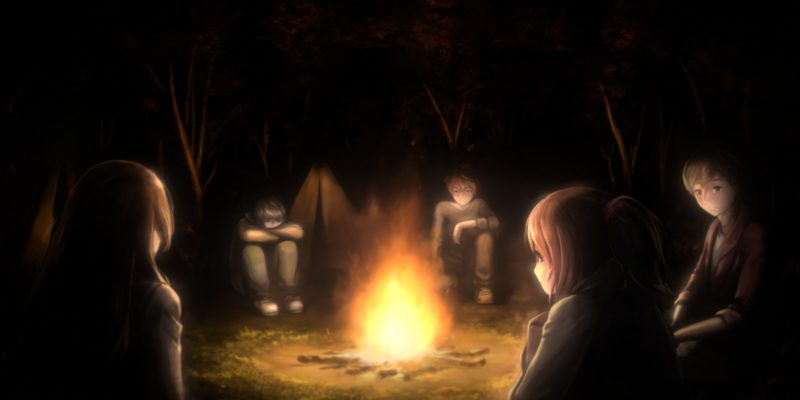 Adventure games don’t come in the form of non point-and-click sidescrollers all that often. Re:Turn – One Way Trip may look like a more traditional indie horror title, but it truly is an adventure game through and through. The story kept my interest the whole way, even if it left some lingering questions (and the game world is too small for its own good). However, the puzzles and aesthetics are strong enough to make the game worth a look for fans of the genre.

Re:Turn – One Way Trip is one of those games that features Japanese characters in Japan with anime-inspired visuals, despite the fact the developer has no Japanese people on staff. While it certainly doesn’t hurt the game, I personally don’t get why developer choose to do this outside of obvious pandering. The game tells the story of Saki, who has gone on a trip into the woods with four of her friends. A stupid fight breaks out among them for silly reasons and one of them runs off, leaving Saki and another behind to sleep while the others search for him.

When Saki awakes, everyone else is gone and she goes looking for them, only to discover an old train that was destroyed in the air raids during World War II. It becomes clear that this is no normal train, as ghosts show up and Saki starts traveling back in time to the train’s last voyage, learning about several of the passengers along the way. The writing is solid, even if things don’t make much sense and the dialogue (especially for Saki’s friend Kazuki) can be iffy. The story isn’t good enough to be worth the price of entry alone, however, as the reason for the events is only vaguely hinted at unless I missed a secret ending. Overall, though, the narrative trappings are enjoyable enough. 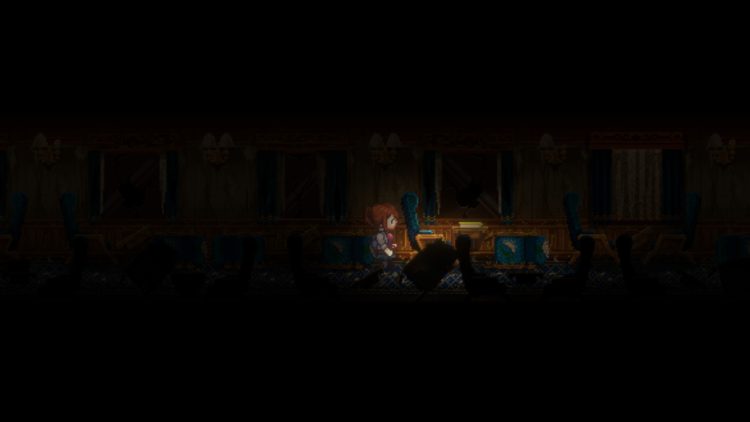 Let’s go on an adventure!

Since I said Re:Turn – One Way Trip is an adventure game, your initial assumption about what that entails is probably dead on the money. You walk left and right throughout the train and the surrounding area while collecting items and solving puzzles. Saki can hold whatever she finds in her inventory and can use items in specific places in order to progress. Items cannot be combined, however. There are also plenty of notes and pages to find that hint at how to solve the game’s various puzzles. These elements are generally rather well done, even if the game can get obnoxiously pixel-hunty at times. You know how that goes, I’m sure. When it’s not clear how to progress, you simply interact with every interactable thing until you either find an item or a scene triggers. It’s all pretty standard stuff.

There was only one instance in Re:Turn – One Way Trip where I simply couldn’t figure a puzzle out. At one point, you have to suss a combination to a safe using a diary page, and I simply couldn’t make heads or tails of it. Thankfully, people uploaded footage of a beta version of the game on YouTube, and I was able to get it that way. I’m not sure if it just went over my head or if the signposting was as horribly unclear as I felt it was, but it’s hard to say with any level of certainty without more people having played. That isn’t to say that that was the only instance of pure annoyance I had with the game, however.

Whenever you move from one screen to another, the input doesn’t carry over. For instance, if the screen is black and you’re holding right (so you’ll start moving as soon as you’re able), Saki won’t budge unless you press the button fresh after everything is loaded. This is only a minor annoyance for most of the game. But there are a couple of occasions where you’ll need to run away from an enemy. For one of these moments, it was only possible to actually survive the encounter if I was able to get her moving the instant control was returned to me after a scene finished playing out, which I found incredibly frustrating. There are also times where you’ll need to button mash for a quick time event or Saki will die, but these are really easy and take you back to right before, so there aren’t many issues with them. 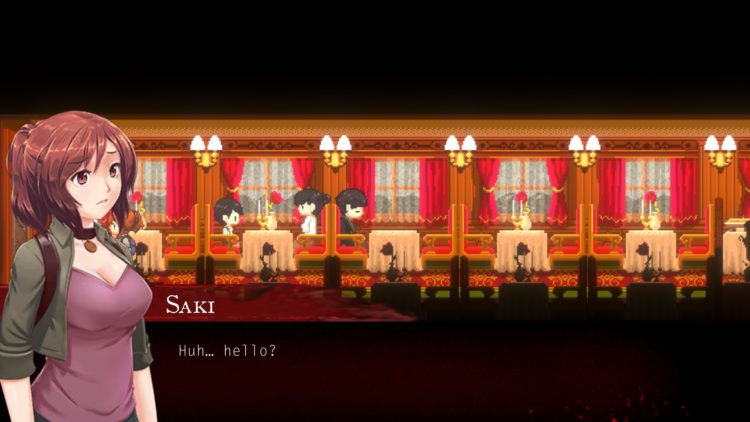 There and back again

Aside from those issues, the other biggest problem in Re:Turn – One Way Trip is that there just isn’t much space. The train is broken into two parts, and you slowly walk back and forth between the sections. Strangely, Saki can’t run early on; it has to be unlocked. That’s pretty weird, Saki. Puzzles tend to trap you in areas you’ve already moved through before, only this time you’ve got a thing to do. It’s a bit tedious, but since the puzzles are generally enjoyable I didn’t end up minding much. There’s also a solid amount of variety with them, whether you’re moving masks between doors, doing a scavenger hunt, or trying to find a way to trick a giant ghost arm.

Visually, Re:Turn – One Way Trip is excellent. It’s purely pixel art, but the backgrounds are intricately detailed and full of personality — the sprites are similarly elegant. That being said, the game isn’t all that scary at all, and I never felt the least bit creeped out for most of it. There are a couple of uncomfortable moments here and there, though. However, the most uncomfortable thing about the game is really the complete lack of Vsync. While in gameplay, the framerate went up to about 800fps and it sounded like my computer was about to take off. I had to use a third-party program to lock it so that I didn’t melt a hole in the floor.

Overall, Re:Turn – One Way Trip is an enjoyable game that I found entertaining enough to beat in one sitting. The game takes about 5-6 hours and doesn’t wear out its welcome. I still wish there was a bit more to it since some major plot details are glossed over, but oh well. What we’re left with is a solid adventure game with strong visuals and fun puzzle-solving that is marred a bit by a few issues here and there. Adventure game fans looking for something short and sweet will probably have a pretty good time with this one. As long as Kazuki isn’t talking. That guy is such a dudebro. 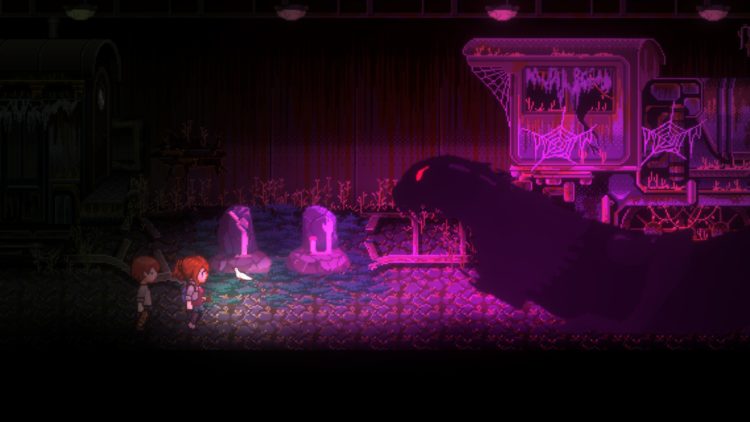 Re:Turn - One Way Trip is enjoyable most of the time. It has a strong presentation and enjoyable puzzles, even if the game world's a bit too small for its own good and there are a few issues here and there.

By Kevin Carignan16 hours ago
Hardware

Transient review – Across the universe

By Tim McDonald18 hours ago
Reviews

By Lawrence Le3 days ago
Reviews