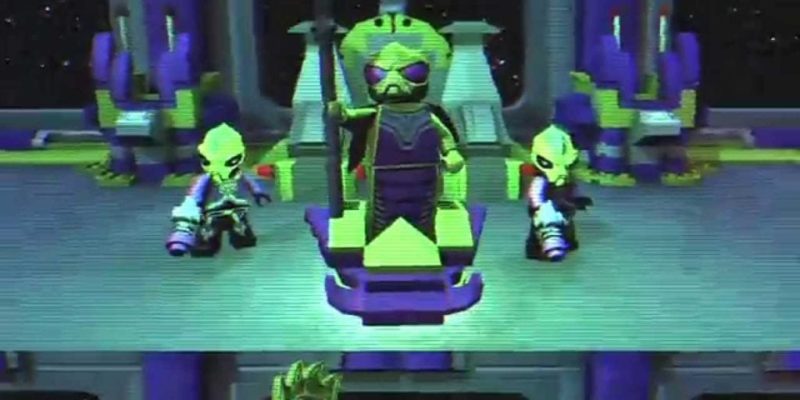 Developer Funcom (The Secret World, Age of Conan), known for massively multiplayer online experiences, has now taken a crack at the LEGO universe. The franchise has grown in popularity in recent years, creating worlds from some of the most popular Hollywood blockbusters. However, instead of going the licensed route of the single-player counterparts, Funcom focused their attention on the nostalgic root of the LEGO universe, with classic sets showing their face frequently.

Originally announced in 2012 as a free-to-play game, LEGO Minifigures Online has since switched to a buy-to-play model, promising more content for new and experienced players alike. The game doesn’t fail in these plights either.

The various worlds of the universe are littered with interesting characters and intriguing stories. While the plot may not take be rich in lore or complexity of other role-playing games (RPG), it is more than enough to keep you motivated to transverse the many worlds of LEGO Minifigures Online. It seems the focus is to make your own personal story to share with your friends, while the ‘good vs. evil’ is simply a backdrop for the ever-many stories created by a player.

LEGO Minifigures Online boasts a large cast of different characters to unlock, including 100 unique minifigures on launch. Inside is everything from a pizza delivery man to a paintball player, each offering different tactics to handle the many enemies of the game. Even more inciting is the ability to buy physical minifigures that include a code to bring the toy into the universe of the game. Other than the blind toy bags, characters are unlocked by completing dungeons which offer one full, playable figure. Random figure parts also come in drops, which can be assembled later.

With a multitude of different quests, there is plenty of content to be played. The game focuses mainly on story quests and side quests called “pocket adventures”. Within the story quests are small goals to accomplish in the over-world, such as area and destination quests. There are also much larger goals, like dungeons. While the dungeons are fun and offer quite a bit of challenge, the smaller quests can become a bit stale. Despite helping to build XP, the redundancy in these quests may turn some away in favor of the larger, more challenging aspects in the game.

The loot dropped by smashing different pieces isn’t just a distraction within the world. Any smashable part can offer hearts, stars, or figure parts. The most interesting of these is the stars which can be collected and spent to upgrade each character. Each minifigure owns their own passive skill tree, offering different perks for each party. However, these perks within the tree are locked based on level, with different stages of the tree becoming available after gaining XP by smashing enemies and leveling up.

The pocket adventures, or ‘mini-dungeons’, are optional in most areas of the game, but can offer new minifigures to add to your team, XP boosts, or even random loot drops. These are a welcome distraction to the main story and can build a team to help against larger enemies later in the game. However, some of these mini dungeons force backtracking through the map to reach the exit point, often adding unneeded travel time.

It is an odd feature considering many defeated dungeons have creative ways of immediately getting the player back to the entrance after pocket adventure boss battles are completed. But, the time spent in each area isn’t an eye-straining experience by any means.

Graphics have never played a huge role in LEGO games and the same reigns true here. The LEGOs look like LEGOs and there is plenty of different environments to explore, offering colorful environments made with the classic toys. However, the terrain textures seem to take a backseat to the LEGO set pieces. Many of them look like they could be touched up with a wider color palette and offer more scenery within each world instead of between them.

In addition, the soundtrack plays nicely as a backdrop to each world. With the fully voiced cast comes the iconic LEGO humor; the game’s writers hit the nail on the head, offering the weird, quirky humor that LEGO fans are fond of. Each character is easily identifiable by his or her voice. This addition helps the world become real to the player, something needed for a game meant to be played/replayed constantly alone or with friends.

Children who are the fans of the game also have the ability to share this humor with their friends and family. Offering cross-platform play within the same game world, the chance for bonding between a child and parent or between friends becomes incredibly relevant. Android users will only have access to the first world upon launch which could damper the gameplay experience, creating a barrier in its fully functioning cross-platform play.

LEGO Minifigures Online is a rich experience for people of all ages, mastering the balance between simple implementation of mechanics and complex execution. Randomly generated loot found within dungeons can offer a ton of replayablity, a good thing considering the mobile market in which it is capitalizing on.

The characters and minifigures you collect will keep you entertained for hours on end. All in all, LEGO Minifigures Online is a large and enjoyable experience for children, parents, and LEGO fans alike.

The game will be available on Steam, Google Play, the Apple App Store, or directly through the Minifigure’s website come June 29th, 2015. You can visit the website here.

Did Battlefield 2143 Just Get Leaked?