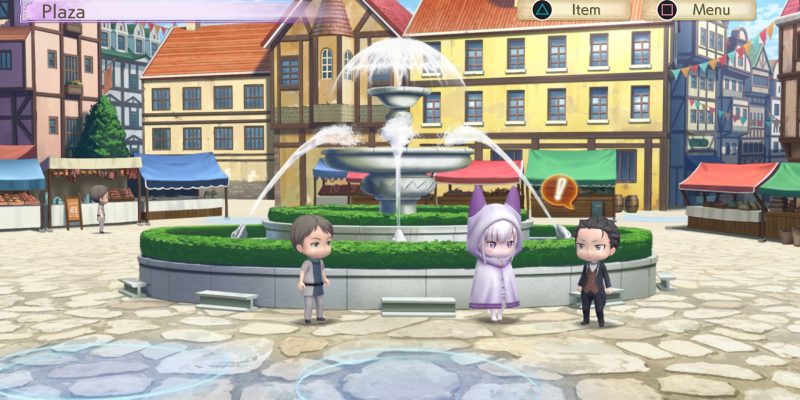 It’s exceptionally rare for visual novel spinoffs of popular Japanese media properties to receive Western releases. It’s even rarer for them to get full English dubs. I don’t think I can think of another one that fits that particular bill. Re:ZERO The Prophecy of the Throne announces itself as a tactical adventure game, and is releasing today. That’s a particular and somewhat misleading way for it to describe itself, but the question stands: is it worth it?

If you’re not a fan of the franchise then there’s no reason for you to be reading this. This game is not for you and makes utterly no effort to bring newcomers up to speed. Re:ZERO The Prophecy of the Throne sort of retells Arc 3, which is volumes three through nine of the light novels and pretty much the entire second half of the first season of the anime. A lot of the same things happen and most of the important characters show up, albeit not where you’re expecting them to. It’s an odd choice that doesn’t make an awful lot of sense to me.

This time around, there’s a sixth Royal Selection candidate, who is an original character who goes by the exceedingly poor name “Melty Pristis.” I am not making that up. The story focuses predominately on Subaru (and Rem because she follows him everywhere) going around and talking to people. Although it retells a lot of the real story’s main beats, a great many of the scenes are entirely original. If you’re a big fan, it’s fun to see characters interact with each other in ways different than what you’re accustomed. But going through the multiple death loops of the story again might be a little less attractive than it could be. There are also occasional issues where characters don’t quite behave correctly. 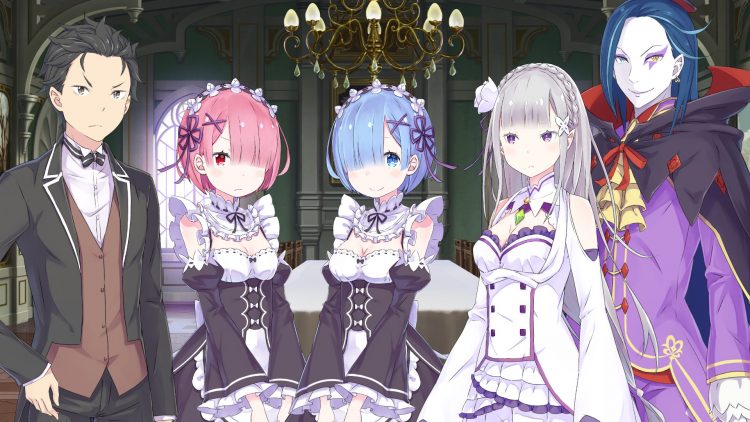 Not quite a game

I was quite surprised to see Re:ZERO The Prophecy of the Throne described as a game and not a visual novel. Suffice to say, that isn’t entirely accurate. Yes, there are a fair number of sections where you control a super-deformed 3D Subaru as he moves through familiar locations. There are fewer scenarios where you actually play it as a game and make life-or-death decisions in a turn-based manner. For instance, one earlier section has Subaru and Anastasia evading an enemy. Subaru obviously has no combat ability, so he has to move obstacles in the enemy’s way in order to slow them down and give Anastasia time to meet up with her bodyguards. These sections are rather reminiscent of Valkyria Chronicles without the literal combat. If you don’t do the right thing, he can die, but his deaths restart the section and don’t reset to the beginning of the loop (thankfully).

For the most part, however, you’ll be listening to/reading hours and hours of dialogue. Granted, the dialogue is up to scratch and does an admirable job of capturing the tone and flow of Tappei Nagatsuki’s conversations. You can have the voices in Japanese or English, but I chose Japanese. On occasion, you can make slight choices and gather additional information by speaking to other characters while in the adventure segments. This is very much a visual novel, but what a visual novel it is. The character models are of superb quality and are animated while offering strong interpretations of the way characters move and behave.

The port also functions proficiently, aside from the fact that there doesn’t appear to be a framerate cap, resulting in the framerate often running up to 500 fps. As for whether Re:ZERO The Prophecy of the Throne is worth it, that fully depends on whether or not you’re interested in spending time with a visual novel that partially retells a story you’re already familiar with. It looks grand and is enjoyable to experience, but don’t come in expecting a tactical adventure. There’s certainly a bit of that, but it simply isn’t quite accurate to call it a game. Regardless, more Re:ZERO is nice to have. 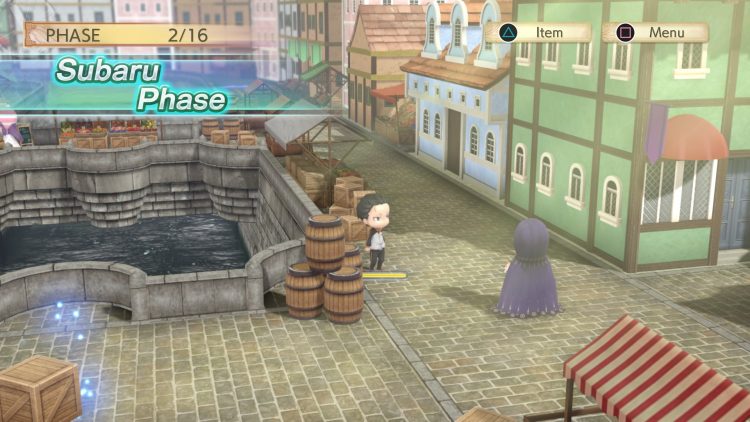