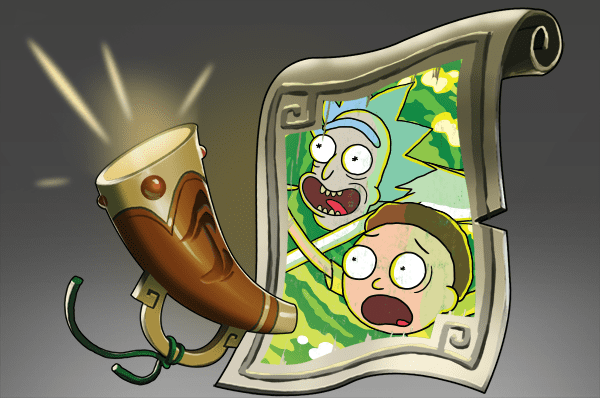 Today’s Dota 2 update, other than tweaking a couple of things and updating the Aegis with this year’s champions, has put the Rick and Morty Announcer Pack up for sale. $7.99 USD will give you the option of having a sociopathic, alcoholic scientist and his nervous grandson announce the goings-on of your Dota 2 matches.

I haven’t seen nearly enough of Rick and Morty to decide if this is a thing that I want, but it looks like the whole thing is on Adult Swim’s website, so I’m probably going to spend the next few hours watching it. If it’s something you want, you can pick it up either in the in-game store or via the web store here.

Latest Humble Weekly Bundle is both Mighty and Magical