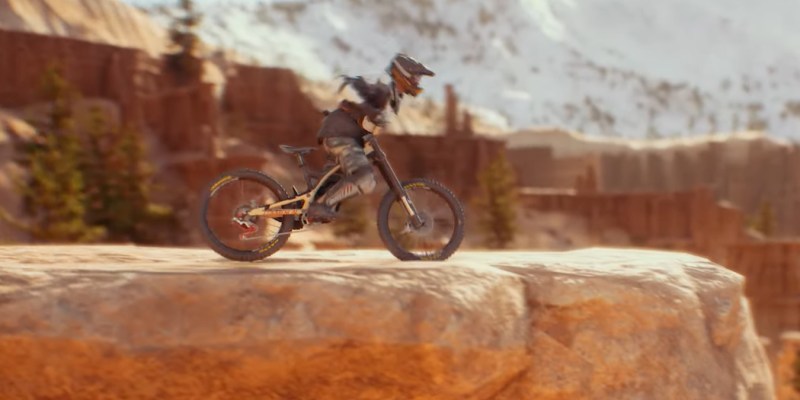 The September edition of Ubisoft Forward aired today and featured a few new projects from the publisher. Among them was the reveal of Riders Republic, which is more than just another X-games inspired outdoor sporting experience. True, it features things we’ve come to expect and likely seen before in these types of games, but Riders Republic is about scale, realism, and of course, fun.

The main selling points are the number of participants in single matches and the scale of levels. In fact, Ubisoft describes the experience as a “massive multiplayer playground,” and features support for more than 50 other players in single races. These races include competitive races and trick challenges, online cups, 6v6 team PvP matchups and more. The activities vary greatly too, and you can expect to mount up on bikes, skis, snowboards, wingsuits and even rocket wingsuits.

Of course, Ubisoft doesn’t expect you to master all of these things without proper training. The game will arrive with a full career mode, which introduces all of the mechanics and takes players on a tour of everything Riders Republic has to offer. On top of that, players will be able to customize their stats and capabilities as a racer based upon gear and equipment.

“Your goal will be to find the best gear suited for each gameplay scenario, like an optimal bike to perform tricks or the fastest snowboard to win the next big race.”

For thrill seekers of all sorts

From what we can tell, it looks to be a very large and impressive looking game. There are also a ton of different outdoor activities to try out. The social aspect will likely be a huge draw for many players, especially for those that don’t typically go for this kind of genre. Large-scale party games have proven popular lately, and yes, we’re talking about the likes of Fall Guys. The “fun” factor seems to be a focus here, considering the wild variety of settings, mechanics, events, and player customization. If Riders Republic can tap into a feeling of exhilaration and silliness, it may turn out to be a real hit for social players, racing fans, and outdoor enthusiasts.

With that being said though, this game does have microtransactions for player customizations. There are some pretty wild looking costumes in the trailer, and we have a feeling they aren’t free. It’s clear Ubisoft isn’t afraid to shy away from the quirkiness it exhibits in other projects like Watch Dogs: Legion. Some of the appearances look straight out of Watch Dogs or even Hyper Scape. Others look more in line with something like Jackass. It’s clear Ubisoft wants to create an atmosphere of fun though, so if the gameplay delivers, the customizations could be a nice touch of flare. 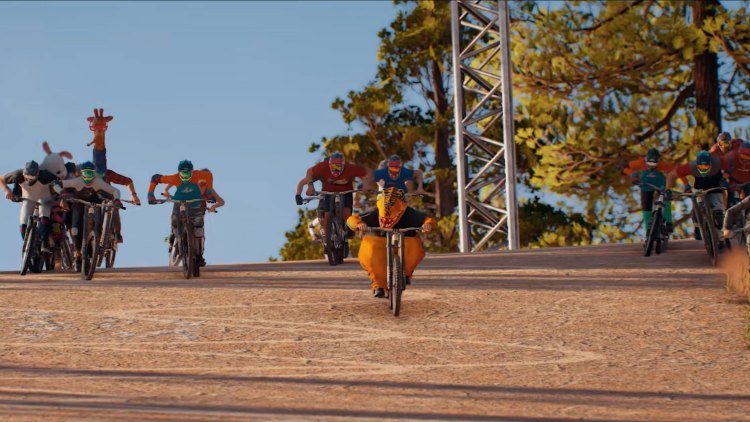 Digging deeper into the trailer, we can see that levels are based on iconic national parks across the United States. The Tetons, Zion, Yosemite, Bryce Canyon, and Mammoth Mountain all made appearances, and the attention to detail was impressive. In fact, I can confirm the accuracy of a few of these places, as I’ve visited them. The game brilliantly captures the natural beauty of these locations, so props to the designers here. We might even see more exotic locations as DLC.

It’s worth keeping an eye on Riders Republic, as it appears to be coming in the not-too-distant future. The project is currently on track for a February 25, 2021 release, and Ubisoft plans to release development blogs on a bi-weekly basis from here on out.